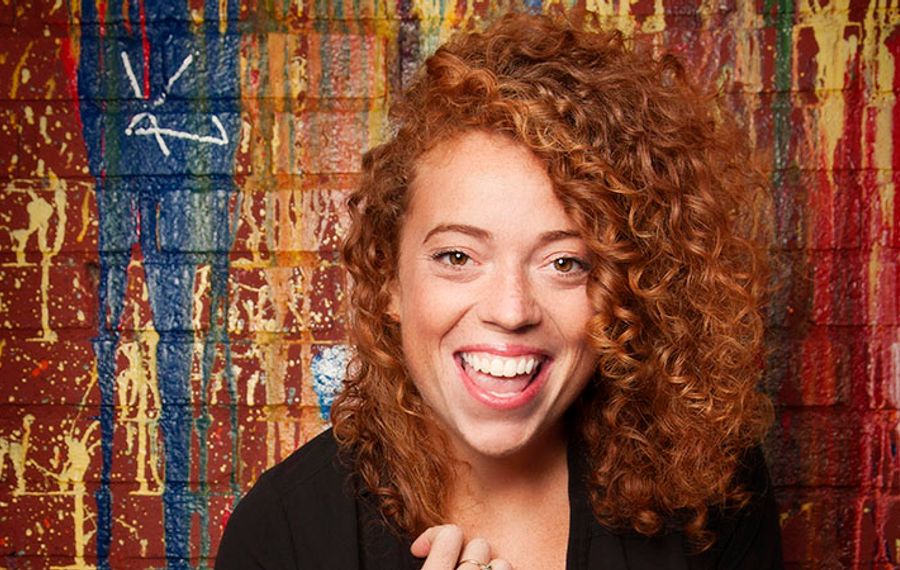 WASHINGTON – America's White House correspondents sawed off and discarded some their credibility Saturday night. Willingly. And again. On national television.

Reporters – in tuxes and gowns that most of their readers and viewers could not afford – mixed and mingled with pols and celebrities for hours on end at the annual White House Correspondents' Association dinner.

Once again, the event culminated in the kind of awkward, muted giggles that bad comedy tends to produce.

But this time, one thing turned out to be different. This time the dinner – which I had a great time not attending – played out in a way that could benefit the press-basher in the White House.

The leaders of the White House Correspondents' Association chose comedian Michelle Wolf to headline this year's show. And the result was a painfully unfunny 19-minute monologue that illustrated how obnoxious this event has become.

Wolf was profane, repeatedly using an obscenity – the p-word, if you must know – in the crudest of possible ways.

She was crass, insulting the appearance of White House press secretary Sarah Huckabee Sanders while she sat stone-faced just a few seats away.

And worst of all, Wolf enlisted the attendees – press included – in a call-and-response riff mocking President Trump's supposed lack of wealth.

"How broke is he?" the audience, goaded by Wolf, shouted.

Imagine how that looked to the average American family that happened to be watching. They would see this as a bunch of very well-dressed elite journalists gleefully shouting out: "How broke is he?" to belittle the president.

Now to be fair, this dinner didn't start out as a toxic mix of journalism and celebrity. It started decades ago as a fundraiser for a worthy cause: journalism scholarships.

But then the late Michael Kelly brought Fawn Hall, of Iran-Contra scandal fame, to the 1987 dinner. Not to be outdone, the Los Angeles Times brought Donna Rice – fresh from her campaign-crushing affair with Democratic presidential aspirant Gary Hart – to the dinner the next year. And somehow that turned a once-sleepy press dinner into a see-and-be seen event, with stars at the tables and a star headliner.

As if it weren't bad enough for journalists to be seen mingling with the glitterati, the star headliner so often does more harm than good for the nation's press.

In 2006, for example, Stephen Colbert eviscerated President George W. Bush, who was seated at the head table, in a tedious routine that also mocked reporters – who couldn't take it. "Most of them sat there in their finery looking stone-faced and glum," reported Scott Collins of the Los Angeles Times.

Ten years later, Larry Wilmore bombed with a routine so bad that it sent Aretha Franklin fleeing from the room. (I know: it was the only White House Correspondents' dinner I ever attended, and I fled at the same time.) Wilmore called CNN's Don Lemon "an alleged journalist," prompting Lemon to respond with a less-than-polite one-fingered gesture. And to top it all off, Wilmore went on to call then-President Barack Obama the n-word.

That brings us to this year, and Wolf's ultimate proof that the White House Correspondents' Association, by hosting this annual bacchanal, is doing damage to the institution it supposedly serves.

By bashing Trump and his staff so viciously and enlisting the audience in her act, Wolf  – and the journalists who invited her – offered confirmation to anyone who believes that the media is hopelessly left wing.

The dinner "made the chasm between journalists and those who don't trust us even wider," Meg Kinnard, an Associated Press reporter in South Carolina, tweeted. "And those of us based in the red states who work hard every day to prove our objectivity will have to deal with it."

Mike Allen, the co-founder of Politico, founder of Axios and the very personification of inside-the-Beltway journalism, put it more bluntly.

And by Sunday night, even the president of the correspondents group, Margaret Talev of Bloomberg News, admitted that Wolf carried things too far -- and that the dinner may have to change.

The group's leaders "recognize these concerns and are committed to hearing from members on your views on the format of the dinner going forward," she said in a statement.

In considering the future of the dinner, the correspondents group should remember that President Trump calls the press "the enemy of the people."  And it should note note that a poll released last month showed that 37 percent of Americans surveyed -- including 81 percent of Republicans -- said they trusted Trump more than the news media to tell the truth about important issues.

In light of all that, Trump opted to skip the White House Correspondents' dinner. Instead, he held a rally in Michigan where, predictably, he bashed the press.

He bashed the dinner he skipped, too.

“Is this better than that phony Washington White House correspondents thing? Is this more fun?” he said, to approving cheers from the crowd.

The answer to the question Trump raised is a judgment call, but he's clearly wrong in one sense.

On the contrary, for reporters charged with covering a tumultuous administration and a deeply divided country, this dinner is a very real embarrassment.

President Trump meets with Nigerian President Muhammadu Buhari...The House and Senate are on recess this week...The Supreme Court issues orders...Former FBI director James Comey speaks at a forum at the George Washington University sponsored by the Politics and Prose bookstore.

Margaret Sullivan, formerly the editor of this paper and now the Washington Post media columnist, tells us it's time to end the White House Correspondents Association dinner...Meantime, Buffalo native Jay Rosen of New York University, in the New York Review of Books, details "Why Trump is Winning and the Press Is Losing"...The Washington Post details how stem cell "cures" can devolve into quackery...A guest columnist for the Hill examines the slow-moving genocide of Rohingya Muslims in Burma -- and what can do to stop it...And America -- the Jesuit Review looks at how Pope Francis has brought Franciscan thought to the Vatican.