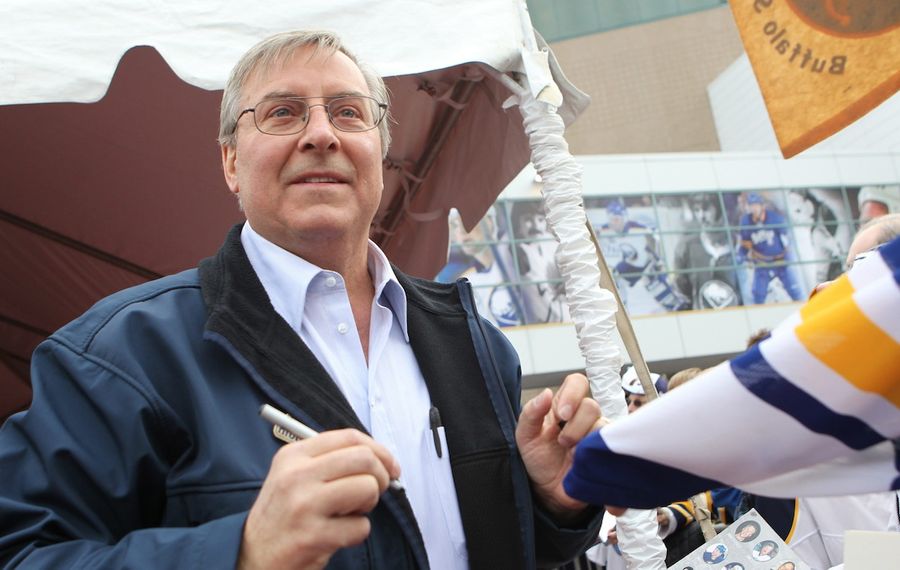 After watching his NFL team land a quarterback and linebacker in the first round and his NHL team secure the No. 1 pick in the draft, Buffalo Bills and Sabres owner Terry Pegula says the increased excitement among sports fans is warranted.

He also says it's just the start of the process.

"The two guys sitting with you and myself both feel, though, that winning press conferences and drafts and whatnot is not the final solution," Pegula said. "It's winning games and getting in the playoffs and trying to get the big prize.

"Yeah, we're excited but there's more work to be done."

Beane welcomed Botterill and Sabres coach Phil Housley into the Bills' draft room Thursday, when the team moved up to select quarterback Josh Allen and linebacker Tremaine Edmunds. The Sabres are expected to select defenseman Rasmus Dahlin with the No. 1 pick in June after winning Saturday's NHL Draft Lottery.

"In the NFL Draft room, and it's the same thing once you got on the floor in the NHL at the Draft, you've got moments of elation interrupted by moments of sheer terror," Pegula said. "Your emotions just go up and down. It's pretty exciting."

Dahlin's tools can put Housley's system to work for Sabres