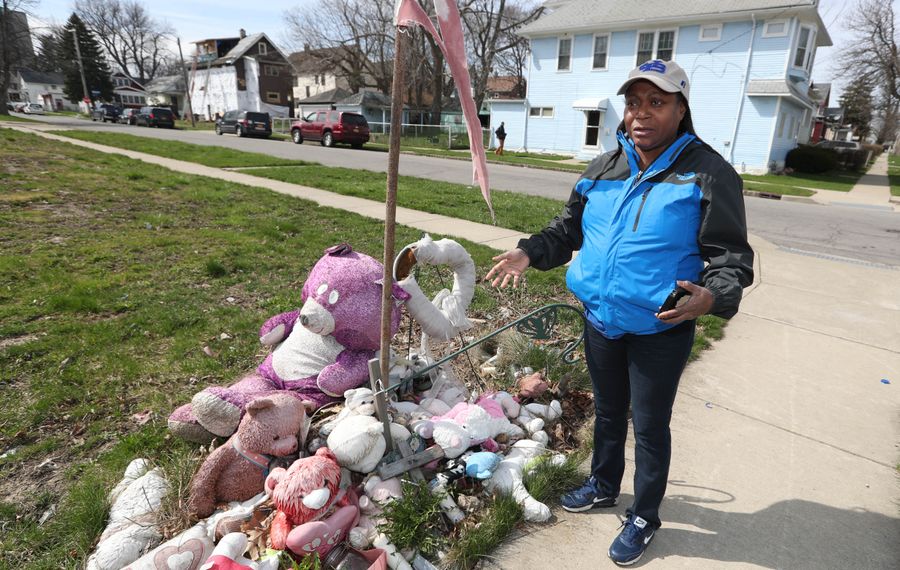 The bills are piling up against Sayara A. Uddin, the Brooklyn landlord who owned a house at 90 Humber Ave., where a fire killed three people in 2016.

In addition to a $5.4 million default judgment for failing to provide working smoke detectors in his building, Uddin faces financial fees and penalties totaling $45,507 from the City of Buffalo, records show.

About nine months before the Feb. 19, 2016 fire, city officials cited Uddin for failing to properly maintain the exterior of the Humber Avenue property.

Almost 10 months after the fire, the city obtained a $10,500 judgement against Uddin for the condition of the Humber Avenue building, and it is seeking another $34,500 to cover what the city paid to demolish the burned-out house.

There's also $507 in trash and recycling pick-up fees owed on the property from when Uddin still owned it –  prior to the now-vacant lot being sold at a city auction in October 2017, records show.

So far, Buffalo has not collected a penny from Uddin.

The Brooklyn landlord had one other Buffalo rental property at the time of the Humber fire, so the city might have been able to put a lien on that property if Uddin still owned it when the $10,500  judgment was filed. But Uddin transferred that second property to a person who once lived with him in Brooklyn  – possibly a relative – within days of the Humber Avenue house fire, records show.

"It's going to be difficult," he said of the city's chances of collecting money it's owed by Uddin.

The Buffalo News reviewed real estate and court documents to learn of any other monies Uddin might owe or properties he might own in Buffalo after it was disclosed earlier this month that the landlord is facing a $5.4 million court-ordered default judgment obtained by the mother of one of the fire victims. 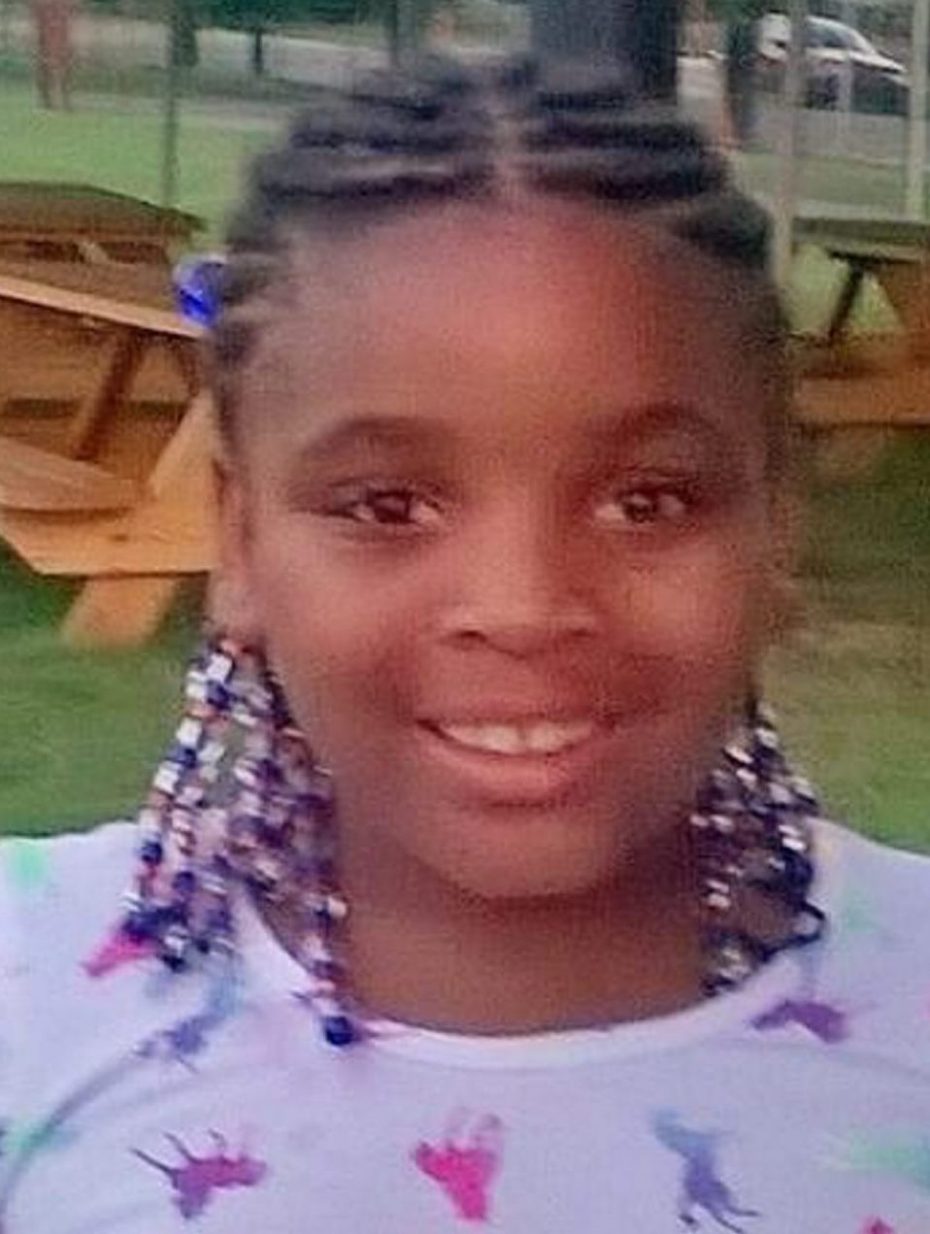 Two people died in the February 2016 blaze, and a third, Treasure Brighon, 8, died two months later from burns she had suffered.

Buffalo fire officials in April 2016 declared the fire was accidental and was sparked by faulty electrical wiring behind the first-floor kitchen gas stove. It could not be determined if the smoke detectors in the house were working, according to fire officials, who also said there was no corroboration of maintenance complaints made by the tenants. There were no grounds for charging the landlord with crimes related to the fire, Fire Department officials said.

When Uddin failed to show up in State Supreme Court to answer the charges, a $5 million default judgment was issued against him in May 2017.  Almost a year later, another $375,000 in interest was added to that unpaid civil judgment.

The house at 90 Humber Ave. was one of two houses Uddin bought in 2013 in Buffalo, The News found.

In September 2013, a couple months before purchasing the two-family house at 90 Humber for $24,500, Uddin bought a two-family house on Bailey Avenue for $25,000.  Within three days of the February 2016 fire, Uddin transferred that property to Afreen Farhana Uddin, who also owns a Buffalo property at 472 Wyoming Ave.

Family mourns girl who perished after East Side fire

Attempts by The News to reach the Uddins were unsuccessful. Attorney George A. Berbary, who represented Sayara A. Uddin in city Housing Court in 2016, did not return a call for comment.

The three Buffalo properties owned by the Uddin men – on Humber, Bailey and Wyoming – have all been cited by the city for building code violations.

Sayara Uddin was initially cited in May 2015 for not properly maintaining the exterior of his Humber Avenue house, according to Petrucci.

When the fire occurred, the violations from May 2015 had not been corrected, Petrucci said. Given that, and because the city wanted to ensure Sayara Uddin paid demolition costs for the Humber Street house, the city building department filed additional housing code violations against Uddin after the fire, Petrucci said.

Uddin pleaded guilty to seven violations in Housing Court, but failed to make any payments, court officials said.  The city then obtained a $10,500 judgment in December 2016 from Buffalo Housing Court against Uddin, records show. 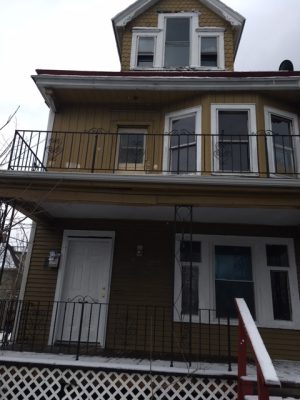 House at 2097 Bailey Ave. that Sayara Uddin transferred to Afreen Farhana Uddin within days of the Humber Avenue fire.

As a result of that judgment, Petrucci said, Uddin – as well as any corporations or partnerships he may be involved with – is prevented from buying or bidding on properties at Buffalo auctions.

The city in February 2016 paid $34,500 to demolish the fire-damaged housed at 90 Humber, according to Buildings and Inspections Commissioner James Comerford Jr.

Typically, the city seeks to get payment from a property owner’s insurance company, but the city was not able to identify an insurer for the property, Petrucci said. If Uddin doesn't pay the demolition fees, the city can seek a separate judgment against him, Petrucci said.

Given the costs, legal roadblocks and other challenges, the city rarely sends officers to arrest negligent landlords who live out of the area, Petrucci said.

"We have to rely on the courts for actions such as fines that convert to judgments, demolitions, orders to vacate, assignment of rents to a receiver, etc. While the process works, it can be both time consuming and expensive,” Petrucci said.

"Many of the tools to gain compliance were designed when ownership was primarily local," he added.

Meanwhile, Cellino & Barnes, the private law firm working with the family of Treasure Brighon, hired a New York City attorney to try to collect as much of the $5.4 million judgment as it can from Sayara Uddin.

Housing Court judgments impact an individual's credit rating as well as the ability to buy or sell property, and can be collected through various means, including placing liens on properties or appointing a local entity to receive rents that would otherwise go to a landlord, court officials said.

Sayara Uddin no longer owns any property in Buffalo, according to The News' review.

Sayara Uddin, meanwhile, sold his other property at 2097 Bailey Ave. for $1 to Afreen Farhana Uddin three days after the fire. The transaction was described in real estate documents as a “gift transfer made for estate planning purposes.” 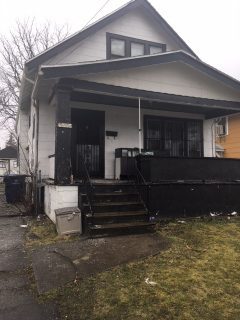 The property at 472 Wyoming Ave.

The city returned in 2017, although the results of that inspection were not immediately available. An inspector went back to the house last Wednesday.  There were still broken windows, and trash on the grounds. The landlord will be sent a letter updating the violations, Petrucci said.

The city also has an open case on the Wyoming Avenue house that Afreen Farhanah Uddin bought for $5,000 in 2015, records show. The city cited the house in May 2017  for the condition of the house paint, and also sent a letter to the landlord after receiving a complaint in June 2017 that the grass on the property was a foot high.

A follow-up inspection of the property is scheduled for mid-May, Petrucci said.

All property taxes and user fees are paid for the Wyoming and Bailey properties, according to city records.