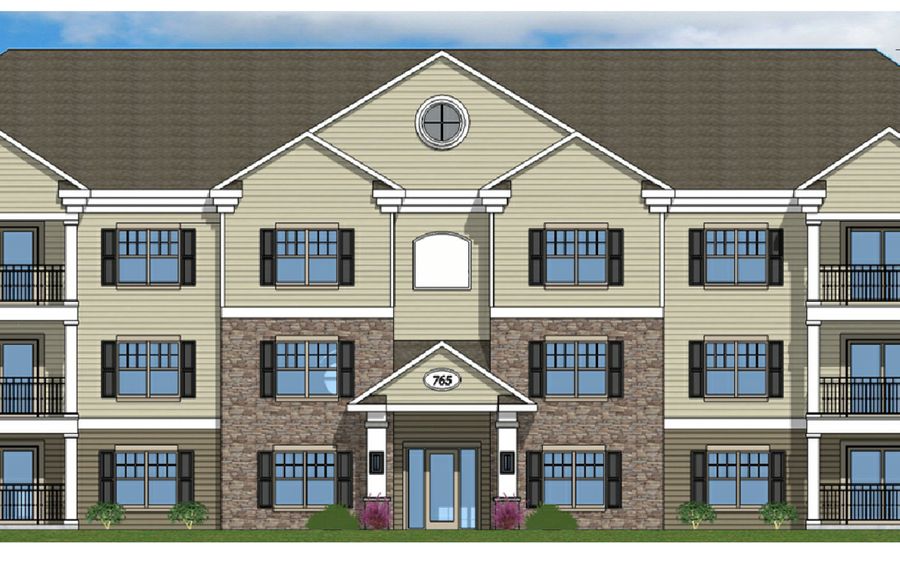 A pair of Buffalo-area developers are teaming up to start construction on a new luxury apartment and townhouse project in the Village of Lewiston, with a goal of bringing 29 new units to the market by the fall.

With municipal approvals in hand, McGuire Development Co. and James Jerge announced Monday that they have begun work on the $4.5 million project at 765 Fairchild Place, centered between North 7th and 8th streets in the historic village, and within walking distance of Artpark.

Plans call for 26,000 square feet of "amenity-rich" high-end residential space, with a combination of 21 one- and two-bedroom apartments in a three-story stone-and-tan siding building - ranging from 1,000 to 1,400 square feet in size - plus eight one-story "patio-style" townhouses with two bedrooms in each.

The units will include open floor plans, with designer finishes, stainless-steel appliances, granite countertops and modern entertainment capabilities. The project will also offer 14 detached garages for tenants to rent, separately from their unit.

"It will blend in with the town of Lewiston's feel and nature, as a very walkable community," said McGuire President James Dentinger. "We really think this could be the reverse of the snowbirds, that those who go down for the winter can have a nice six-to-eight month time in Lewiston and enjoy the jazz festival they have there and be near the Niagara River."

Jerge and McGuire bought the 1.6-acre property - formerly the Fairchild Manor nursing home - in 2014, and then obtained village approvals for the project last year.

Plans initially called for reusing the old facility by putting apartments inside, but "we just couldn't get the layout to work within the existing building," Dentinger said. So they demolished the old nursing home a year ago, and proceeded with the new construction instead, he said.

The foundation work has already begun, to be followed by wood framing and then the facade and interior finishes. The units are slated to be completed by late September or early October.

The developers have not finalized the rental rates, which they plan to release in the summer, but Dentinger said they are now "taking interest and gathering names" in preparation to start formal leasing in a few months.