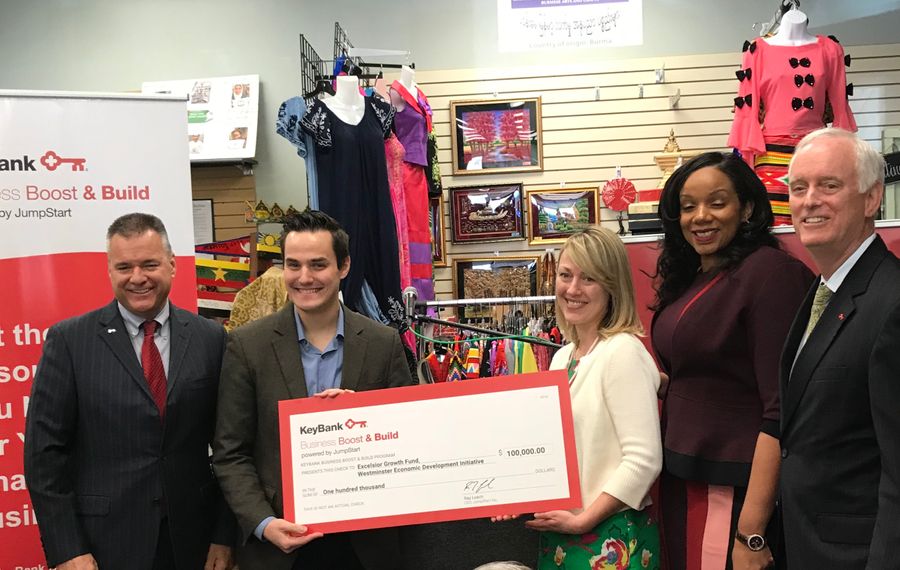 Last year, the KeyBank Foundation announced a four-year, $24 million commitment to JumpStart, which supports start-ups and small businesses, to stimulate economic growth in Ohio and upstate New York. The program is known as the KeyBank Business Boost and Build Program.