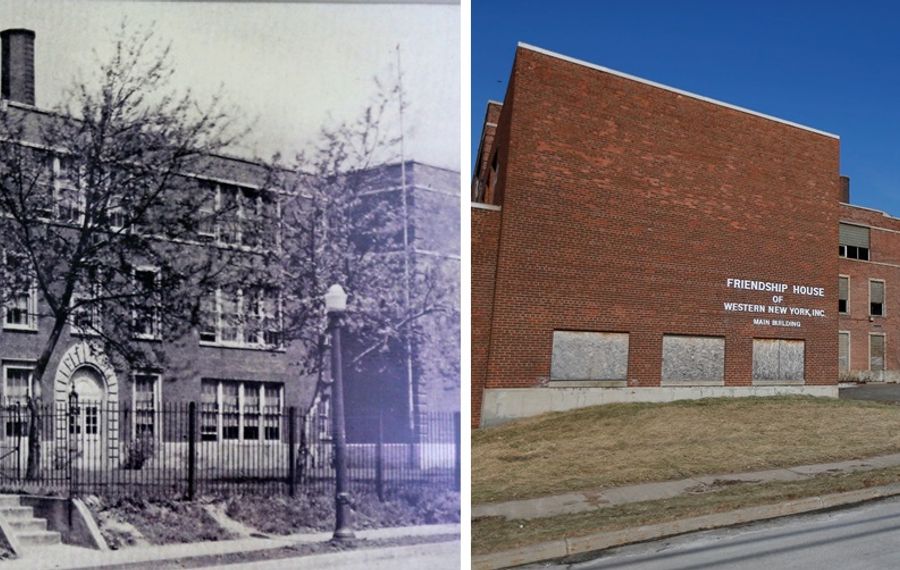 The $1,277,560 bid was awarded to Empire Dismantling Corp. to demolish the three-story, 51,000-square-foot structure at 100 Dona St. that became a magnet for vandals and looters after years of decline.

"The biggest issue in the building is that it's an absolute hazard to life safety," said Brian J. Kulpa, architect with Clark Patterson Lee, a Rochester-based engineering firm with offices on Mississippi Street. "Our team was inside the building and had to be pulled immediately out of the building."

When bids to raze the building were opened in January, the low bid of $1.2 million was submitted by Clark Patterson Lee. It was $500,000 more than the city had to spend.

"We worked with Erie County, and Lackawanna," said Steve Tanner, principal associate with Clark Patterson Lee. "The city shifted funds from the Center Street reconstruction project to come up with the needed funds."

Testing on the exterior brick found no evidence of asbestos, which will allow the debris to be deposited in a standard landfill rather than the more costly alternative that accommodates hazardous waste, Tanner noted.

The demolition will be bittersweet for Lackawanna residents, some of whom lived with the relic for much of their lives.

"I'm sad to see the building coming down because I went to that school in ninth grade," said Abdulsalam Noman, a councilman who represents the First Ward. "But at the end of the day, the building sat for so many years vacant that the city was just stuck with it."

Lincoln opened in 1925 as a high school annex that served grades 9, 10 and 11 because the city's high school was not large enough to handle all the students.

"There are very big steel beams that run across the old cafeteria," said Kulpa, who is also Amherst supervisor. "Those will have to be picked up very carefully with a large excavator or crane."

Excavation of an underground petroleum tank, and the remediation of soil surrounding it, also pose a challenge to the dismantling team, Kulpa said.

"At the end of the day, it will be a clean site," Kulpa said. "It should be a little more than six months before we have the site cleared."

Pre-demolition work should begin in two weeks, with demolition starting in as soon as a month, Tanner said.

"My guess is there will be water trucks onsite to keep the dust down," Tanner said. "A third-party air-monitoring team would make sure the asbestos is not getting into the environment."

"Once that school comes down, the obstacle is out of the way," Szymanski said. "We can start building market affordable homes that everyone can live in."