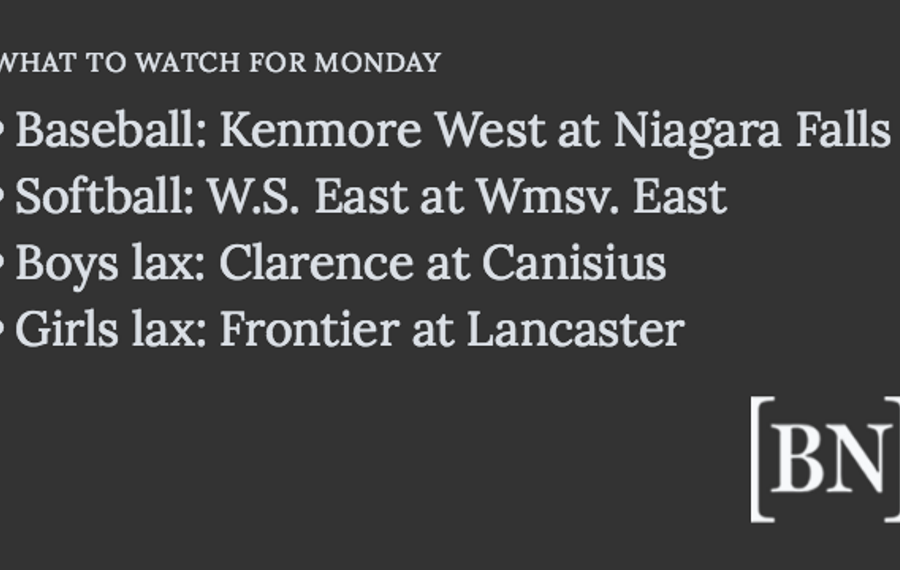 Class A unbeaten Frontier (5-0-1, 3-0) heads to rival Lancaster (4-2, 2-1) for the second meeting between these to perennial contenders. The Falcons have won three games in a row, scoring 40 goals and allowing 15. Both of Lancaster's losses were by one goal against Amherst and Clarence.

This Niagara Frontier League battle between honorable mention large schools is the top baseball attraction on a day featuring more than 40 games. The Blue Devils (4-3, 3-3) beat the Wolverines (7-2, 5-2) at home on April 9, 7-1.

No. 9 Clarence (6-3) visits No. 10 Canisius (4-5) at its Stransky Complex in West Seneca for an intriguing nonleague contest between public and private schools.