Albany – No one else, really, could have put it better than Assemblyman Erik Bohen about the reception he has gotten on his first day in Albany.

“I’m an island. I’m an island by myself,’’ Bohen, from South Buffalo, said as he headed back in the Assembly chamber Monday afternoon.

It was, even by Albany standards, an unusual reception for a lawmaker on his very first session. With Democrats and Republicans not inviting Bohen into their party conferences, officials came up with an unusual seating arrangement: make him that island by carving out a physical space around him on the packed, 150-member chamber floor.

Bohen last week won a special election for a vacant Assembly seat. A registered Democrat but rejected by Erie County Democrats, Bohen ran as a Republican. Through the campaign, he said he planned to, nonetheless, conference with Democrats when he arrived in Albany.

But, as The Buffalo News reported last week, Democrats and Republicans were not eager to seat him in their party caucuses.

So, when the newcomer arrived for his first session Monday afternoon, Bohen was placed by Democrats – who control the Assembly operations – on the Republican side of the chamber. But Republicans, not wanting to suggest Bohen is a member of their conference, moved a desk that was next to him to create a space leaving Bohen with an aisle on one side and an empty spot next to him. 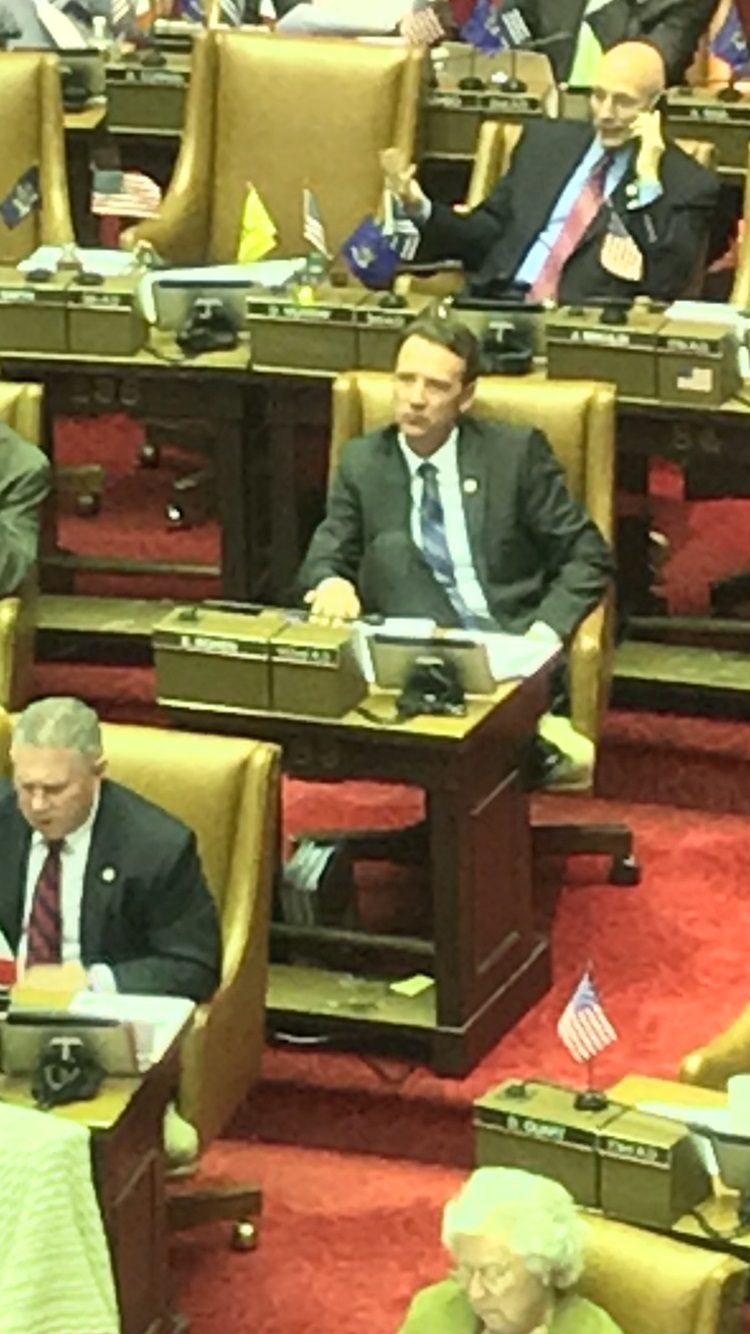 At the start of session, Assembly Majority Leader Joseph Morelle introduced four new Democrats to colleagues on the floor as the newest members of the Democratic conference, which runs the Assembly and decides everything from state budget issues to what bills get sent to the floor for passage. Next, Assemblyman Bob Oaks, an Assembly GOP leader, introduced their two new members.

Then, Morelle introduced Bohen – with no party conference as home.

“Everybody’s been real kind. I enjoying being here,’’ Bohen said.

Asking what he’s hoping is the outcome of his situation, Bohen said, “I’m an independent voice for the district. I’m a registered Democrat but through the campaign I said I would like to conference with the Democrats. I haven’t crossed that avenue yet.’’

After briefly discussing his seating assignment, Bohen was asked how he felt on his first day in Albany.

How Republicans helped a Democrat win the 142nd Assembly seat