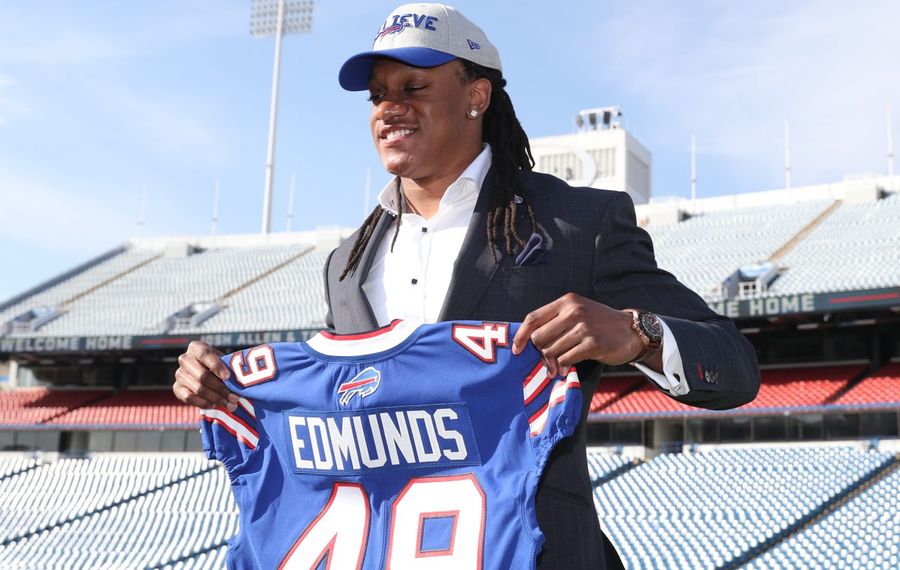 All analysis of the 2018 Buffalo Bills draft justifiably will hinge on the trade-up for Wyoming quarterback Josh Allen.

It's worth noting, however, that the trade-up for linebacker Tremaine Edmunds at No. 16 was critical to the Bills' short- and long-term future because of the way the first round played out.

"The first round is very average this year," said former Bears college scouting chief Greg Gabriel of Pro Football Weekly. "Better value in rounds two and three for the pick. One team I know of only has 15 players with a legitimate first-round grade."

The Bills were outside the first-round-grade zone with the No. 22 pick. Edmunds was a consensus top-10 talent. He slid a bit because of the run on quarterbacks and because two teams picked need offensive tackles (San Francisco with Mike McGlinchey at No. 9 and Oakland with Kolton Miller at No. 15) who nobody had in the top 15 if you were discounting needs.

The Bills were not filling their gaping need at middle linebacker with an elite talent at No. 22. The Bills liked Boise State's Leighton Vander Esch, who they brought to town for a pre-draft visit. Like Edmunds, he can play inside or outside. But Dallas picked him at No. 19.

That would have been a problem for Buffalo at 22. The Bills could have taken Alabama's Rashaan Evans, who went No. 23 to Baltimore. But Evans is strictly a weak-side linebacker in the 4-3, not a middle guy, and he's not as freakishly athletic as Edmunds.

"I did not expect to be able to get a quarterback and Tremaine," said Brandon Beane, the Bills GM. "I thought we were going to have to give up the 22nd pick. Tremaine would have been in our conversation at 12 if we did not move up and we did not have a quarterback we liked. When he was there and he fell a little bit, we just felt it was such a good fit that we had to go up and get him."