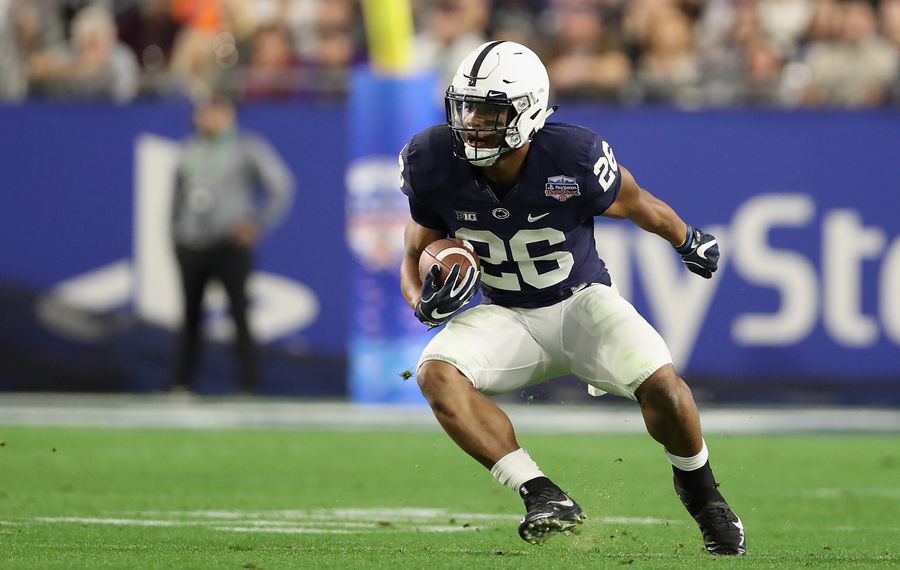 Everyone knows grading drafts before the players ever step on the field is an imagination exercise. Nevertheless, here's a stock-market rating based largely on a the principle: "the more picks the better."

Cleveland: The Browns made four picks in the top 35. After going 1-31 the past two years, things have to start getting better, right? Of course, it largely depends on whether they're right on No. 1 overall pick Baker Mayfield. Think about other No. 1 overall QBs. You'd rather have Andrew Luck, Cam Newton, Jameis Winston, Matthew Stafford and Eli and Peyton Manning than Mayfield. Nevertheless, there's a lot to like about the Oklahoma QB. No. 4 overall pick Denzel Ward was a surprise because the Browns passed on edge rusher Bradley Chubb. Defensive chief Gregg Williams wanted an elite shut-down corner for his aggressive defense. We liked Chubb better, but Ward is elite. Second-rounders Austin Corbett and Nick Chubb are sure-fire hits. The Browns gambled on red-flag wideout Antonio Campbell of Florida in the fourth. When you have a slew of picks, it's easier to take a risk.

New York Giants: It was a rock-solid draft for General Manager Dave Gettleman. Saquon Barkley is a home run for a team that went 11-5 in 2016. The G-Men aren't that far away. They got a steal with guard Will Hernandez (rated 18th on our composite board) at No. 34. Linebacker Lorenzo Carter and nose tackle B.J. Hill are safe picks for third-rounders. We like Miami defensive tackle R.J. McIntosh in the fifth. QB Kyle Lauletta was a good value at 108 in the fourth. He's worth a shot as the heir to Eli Manning's throne.

Baltimore: Draft grades often reward the process, since no one knows how the picks will turn out. Ravens GM Ozzie Newsome made the most of his draft capital by trading back five times. He moved back in the first round and still got the top tight end, Hayden Hurst, who fills a huge need. Then he moved up to No. 32 to get QB Lamar Jackson, who will take over for Joe Flacco, maybe sooner than later. The Ravens will have to tailor an offense to Jackson because his accuracy is in question. The next three picks all were good value; tackle Orlando Brown and tight end Mark Andrews in the third round and cornerback Anthony Averett in the fourth. Averett was No. 67 on the composite ranking. The Ravens got him at 188.

Oakland: The Raiders have drafted well under GM Reggie McKenzie. They went big on upside with new coach Jon Gruden in the draft room. Finesse tackle Kolton Miller (No. 15) needs a lot of development work. P.J. Hall (No. 57) is a small-school talent who tested off the charts but he's a projection. There were safer, solid picks on the board. The Raiders took red-flag edge rusher Arden Key of LSU in the third round. That's boom or bust. Michigan's Maurice Hurst fell to the fifth round due to his heart condition. He could be a steal. But obviously 31 other teams disagree.

L.A. Rams: The Rams have a loaded roster, so they don't care that their first pick didn't come until No. 87 (tackle Joseph Noteboom). Then the Rams reached for two players in the fourth round. Of course, if speedy Brandin Cooks catches 12 TD passes this year, the Rams won't think twice about the No. 23 overall pick they gave up to get him.

New Orleans: The Saints are playing to win now, which makes sense given the fact Drew Brees is 39. Nevertheless, we're only grading the draft. It was a bad year for edge rushers, so the Saints gave up a No. 1 next year to take Marcus Davenport No. 13. He may need some development coming from Texas-San Antonio. There was no second-round pick, and fourth-round tackle Rick Leonard looks like a reach. When the Patriots make "one piece away" moves (think Corey Dillon, Randy Moss and Darrelle Revis), they don't give up a ton. The Saints are rolling the dice.