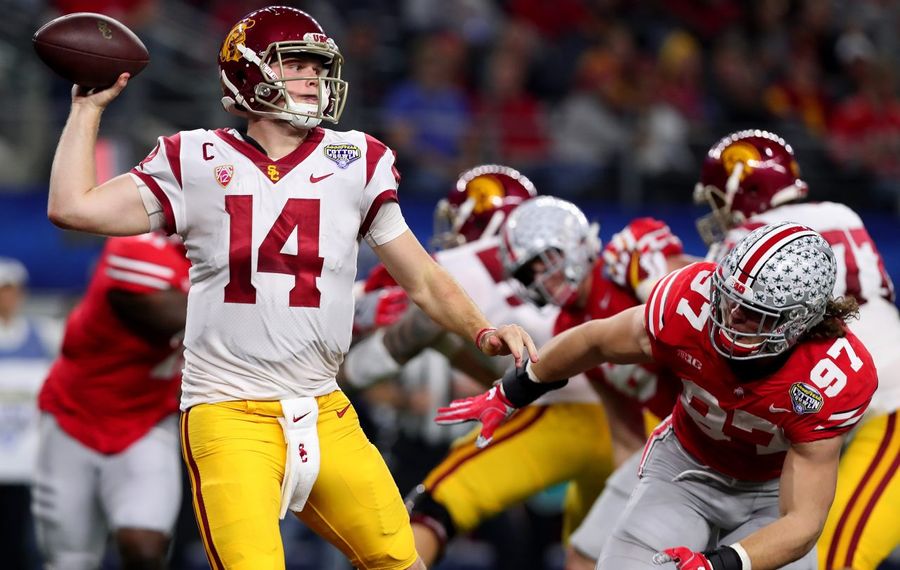 The 2018 NFL Draft is just a day old, but that hasn't stopped projections for what might happen next year at this time.

Some adventurous members of the national media published 2019 first-round mock drafts Sunday. Like with any mock draft, those projections should be for entertainment-purposes only.

What 2019 mock drafts at this point can do is give a very rough outline of some of college football's top prospects for the upcoming season. Last year at this time, NBC Sports' 2018 mock draft correctly projected 10 of the 32 first-round picks Thursday, while Bleacher Report's Matt Miller named 11 first rounders.

With that in mind, here is a look at some way-too-early 2019 mock drafts:

Goul used the order for his mock draft based on 2018 record projections by ESPN's Mike Clay, which had the Bills going 2-14 and earning the No. 1 overall pick.

"The younger brother of Joey Bosa knows he is ready for the NFL and acknowledged that in December. ESPN’s Adam Schefter reported Saturday that multiple general managers not only think Nick Bosa will be the top pick next year but be better than his older brother. He also could become the first Ohio State player taken No. 1 in the draft since Hall of Fame left tackle Orlando Pace in 1997.

"The Bills have a brutal 2018 schedule, which pushes the possibility of them picking No. 1. They won’t have to take a quarterback here. The investment is made in Josh Allen, so that sets them up to take the top overall player."

"With Saquon Barkley, Mike Gesicki and DaeSean Hamilton gone, it’ll be Johnson’s offense at Penn State. If QB Trace McSorely can take advantage of his big-bodied, outside receiver, Johnson will rise to the status of best wide receiver for next year’s draft."

"The Bills have a strong defense, but will need to retool up front. Marcell Dareus is gone, while Kyle Williams won't be around much longer. Star Lotulelei was signed, but he won't pan out. Some young blood is needed in the interior of the defensive front.

"Christian Wilkins has superior speed and athleticism as an interior disruptor."