When it opens May 4, the Underground Railroad Heritage Center in Niagara Falls will become one of the nation's historical sites to commemorate the journey of freedom seekers to Canada.

But it will be the only one by the international border where people escaping slavery had to cross to be sure they wouldn't be captured and sent back.

It is a historically rich story to tell.

The museum sits across the street from the remains of a 19th century suspension bridge that the legendary Harriet Tubman crossed to lead enslaved people to freedom. 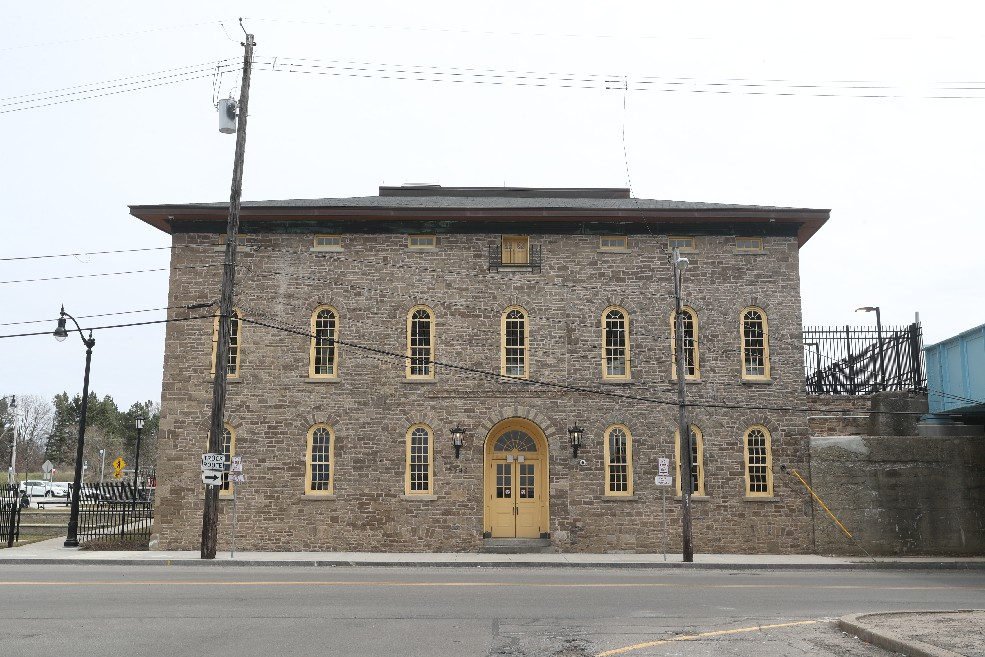 After a decade of halting progress and false starts, the museum stands as a monument to freedom and the brave people who defied federal law to uphold what they viewed as a higher law of morality and humanity.

"The history of the Underground Railroad in Niagara Falls is so significant, and it has been completely untold before this," said Ally Spongr, the museum's director and curator. "There hasn't been a chance to tell these stories yet, but we are on the brink of freedom right outside these windows here at the center. That is powerful. I've never encountered, in my life doing historical research, stories as powerful as these."

And a far wider audience will be able to hear it than just those who live in the area thanks to the center's location in a tourist city.

"When it's that rich and you can really show authenticity, it's really great to appeal to a broad spectrum of markets, whether it's domestic or international," said John H. Percy Jr., president of Destination Niagara USA.

"People are going to come at all times of year, " Mayor Paul A. Dyster added.

Denise Easterling, vice chairwoman of the commission, has been active in community projects in Niagara Falls for many years.

"The timing could not be more perfect," she said. "Look at the psyche of the world. You've got the opposite of freedom breaking out everywhere."

When the museum started coming together, Easterling said she was thrilled.

"This physical building is so much like the movement because it really has brought together the people. We have African-Americans, European-Americans. It took all of these different elements to bring this thing to reality. I'm so happy, I could just cry. Not for myself, but that we have given this to people," Easterling said.

"People in our communities are finally able to hear what really happened," said Hassan Ford, who will work as a visitor experience specialist at the center.

The museum is on the first floor of the former federal Custom House, built in 1863 at the New York end of the old bridge. Today, the Whirlpool Rapids Bridge crosses the Niagara River at almost exactly the same spot.

The City of Niagara Falls owns the building, which was renovated and enlarged mostly to become an Amtrak train station. But the city set aside about 2,000 square feet for the Underground Railroad center.

The idea of commemorating the Underground Railroad in the neighborhood picked up steam in 2007 when former City Council Chairman Charles A. Walker and Kevin E. Cottrell pitched an idea they called "North Star on North Main."

State money started flowing in 2008, when the State Legislature created a commission to work on an Underground Railroad museum in the Falls. The following year, the state law governing Niagara Falls' use of Seneca Niagara Casino money was amended to give the commission $350,000 a year, a figure that was reduced to $200,000 a year in 2011.

Casino money covered the entire $1 million-plus cost of the Heritage Center, and it was expected to subsidize the center. But the Senecas have stopped making payments to the state, ending the flow of money to the museum.

"We're in a steady state of prayer, hoping that the state and the Seneca Nation of Indians can come to terms," Bradberry said.

In the meantime, Bradberry hopes the gate receipts – $10 for adults, $6 to $8 for students depending on their age – and potential private-sector partnerships will keep the museum afloat.

"I don't want to suffer the fate of the Native American Center," Bradberry said, referring to the long-closed "Turtle" in downtown Niagara Falls. "But we're pretty optimistic we'll be secure."

Long before the Civil War, Niagara Falls was known across the nation as a mecca for people escaping slavery.

"I think people here who lived during that time were proud of what they were doing," Bradberry said. "If you made your way up here, you could live here openly and notoriously without being bothered, unless you were being specifically pursued."

One of the Heritage Center's exhibits includes a clipping from a New Orleans newspaper in the 1840s that warned those visiting the Falls not to stay at the Cataract House, the city's biggest hotel, because its staff included people expert at helping slaves traveling with their owners to escape.

One of the main goals of the museum is to tell the stories of the exploits of the Cataract House team, especially those of head waiter John Morrison.

"John Morrison is a hero in my view who deserves to stand on the stage with Tubman and (Frederick) Douglass," Bradberry said.

There used to be a simmering local controversy over whether Tubman really helped freedom seekers cross the border at Niagara Falls. Tubman said so herself in an autobiographical work published in 1869, recalling a railroad bridge with a view of the waterfalls.

In 2009, Thomas A. Chambers, chairman of the History Department at Niagara University, and William H. Siener, former executive director of the Buffalo & Erie County Historical Society, wrote a research paper concluding that Tubman must have crossed the Suspension Bridge.

"She crossed here many times. We can document one. We have that bulletproof evidence on this particular occasion, but we have many references of her coming in other times," Bradberry said.

Buffalo also was an Underground Railroad spot where enslaved people crossed the Niagara River into Canada. Freedom seekers hid in the Michigan Street Baptist Church and crossed the river from Broderick Park.

But Buffalo doesn't have a museum commemorating this history.

Niagara Falls had the casino money, while Fleming's group is "raising money in small chunks."

"It's not an either-or. It's got to be in both places, because each geography has its own story to tell," Fleming said.

"I congratulate the City of Niagara Falls, but what is wrong with the City of Buffalo, that we cannot have a decent museum to highlight the history of fugitive slaves as they came through?" asked Eva M. Doyle, a retired teacher and local writer on black history.

Doyle questioned why state leaders have not designated some of the region's Buffalo Billion economic development dollars to help establish a museum in downtown Buffalo that would be close to the Michigan Street African-American Heritage Corridor.

"I don't accept any excuses," Doyle said. "I'm sorry. I've been waiting a long time for someone to pay attention to this history."