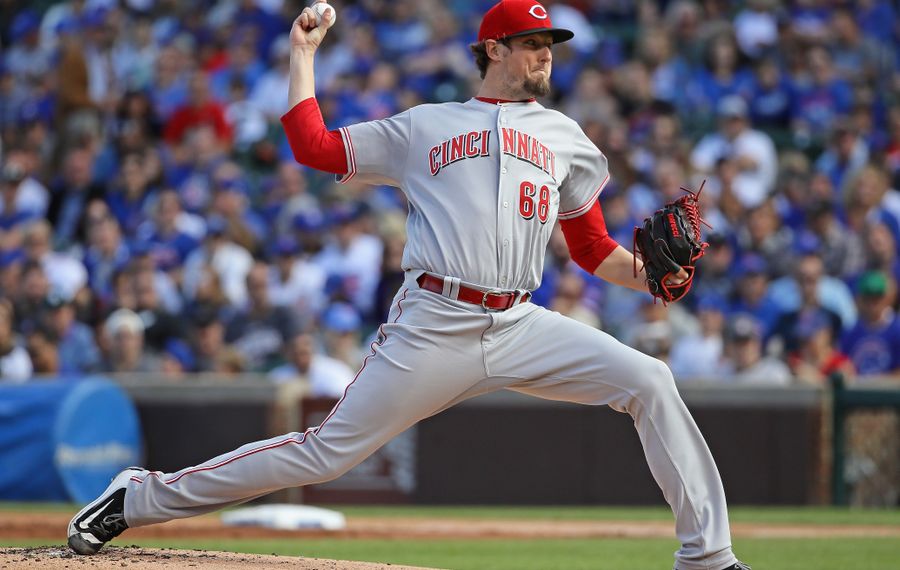 The fastball was inconsistent. That was the big problem for Deck McGuire in his first two starts for the Buffalo Bisons.

In the past, the righty would have mercilessly questioned himself. He would have looked for something to change, something to tinker with. He most certainly would stop throwing the fastball all that much.

But in his eighth season of professional baseball, the 28-year-old has learned a little something. And the fastball, well that's not something McGuire should put away. In fact, it was key as McGuire pitched five scoreless innings, gave up just two hits and struck out nine in the Bisons' 2-0 win over the Pawtucket Red Sox at Coca-Cola Field on Sunday afternoon.

"My first two starts I was really inconsistent command wise and it would have been easy for me to not throw as many today, to shy away from it," McGuire said. "But that's not who I am. We just went with it today and it worked really well.

"Today, my fastball command was working really well. We elevated with two strikes a lot and they swung at it. If you can get strike outs it definitely eliminates a lot of the bad stuff happening."

McGuire returned to the Toronto Blue Jays organization, the club that made him the 11th overall draft pick in 2010, in the offseason. Once a top pitching prospect for the Jays, McGuire hit some bumps in the road. He was traded to Oakland in 2014 and has bounced around a total of five organizations in his baseball career.

Last season, McGuire finally found his groove with Double-A Pensacola in the Cincinnati Reds system. Seventeen of his 27 starts were quality starts. He went 9-9 with a 2.79 ERA and earned his first Major League call-up in September, making six appearances for the Reds.

The difference wasn't so much a change in mechanics as it was in approach.

"I made some changes in the offseason, a little bit mechanically but mostly just understanding who I am, how I need to pitch, how I need to use my four pitches," McGuire said. "I think that's something I really worked hard on all year. I've got to give a lot of credit to the manager and pitching coach I had in Pensacola  -- Pat Kelly and Danny Darwin. They just gave me the ball every five days and let me go pitch and figure it out. I hit a stride in the second half and they just kept running me out there. It gave me a lot of confidence."

That confidence carried over to this season. In November, McGuire elected free agency and signed a minor league deal with the Blue Jays. Invited to Major League Spring Training, McGuire pitched in seven games for the Jays, not allowing a run in 10 innings of work while striking out 13.

That's the type of pitcher Bisons manager Bobby Meacham saw on the mound Sunday afternoon. Much better than the one who came into the game with 7.00 ERA in nine innings of work over his first two games of the season.

"It was exciting to watch him pitch because I know he's been working on stuff. He works hard," Meacham said. "He had something going really good in spring training and then I don't know. It wasn't going well and all of sudden. Today he was down in the zone. I noticed it right away. He was just a different guy and it was really good to see him pitch."

Meacham is familiar with McGuire as both were with Double-A New Hampshire in 2014. McGuire has also worked with Stanley at spring training, making the transition to the Bisons roster, and his return to the Blue Jays organization, relatively smooth.

"Having moved organizations as much as I have the last few years, you've got to get comfortable and it's kinda hard early," McGuire said. "But coming back here and knowing a lot of the on-field staff, I know they know me and can make an adjustment after two starts and not have to feel like they need to see more out of me. I love it. I'm happy to be back. I've said it a ton of times, but it's true, I have some unfinished business here. I'm really excited to have that chance."