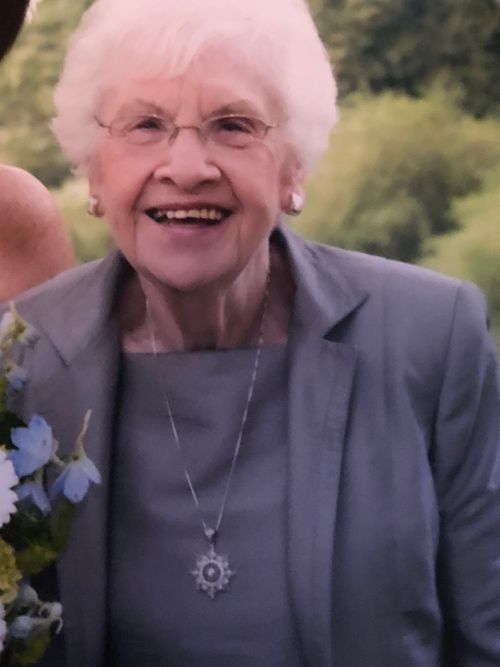 Ellen R. Denecke was a nurturing, mother figure to more than just her own 10 children.

As a young mother of three children expecting her fourth in South Buffalo in the 1950s, she took in her husband's two teenage brothers after their mother died.

"She used to have to, in her early 20s, go to parent meetings at Timon High School for her teenage brothers-in-law," said her son, Martin.

After the last of her own children went off to school, Mrs. Denecke continued to do what she did best, and took a job working at a Hamburg child care center in the 1980s through the mid 1990s.

"Obviously an expert in child care, she really loved it," said her son. "She's always been someone who loves children, loves babies. She devoted her whole life to her family and made a lot of sacrifices for us."

Mrs. Denecke, a homemaker and matriarch of a large Hamburg family, died Wednesday at Father Baker Manor in Orchard Park. She was 84.

Born Ellen Strong in South Buffalo, she grew up on Ryan Street and graduated in 1951 from Mount Mercy Academy. At 16 she met Charles J. Denecke Sr. at the Cazenovia Park pool. They stayed together through his military service during the Korean War and married in 1954.

The couple's first child, a son, was born the next year. In fact, nine of their 10 children were born between 1955 and 1965. The last child, a daughter, was born eight years later.

In 1961, the family moved to Mark Avenue in Hamburg.

"I like to say they took South Buffalo out to the suburbs, with all the family nicknames and the big family and lots of action around the playground where we lived," said Martin Denecke, Hamburg’s director of youth, recreation and senior services. "We were kind of centered on a street with lots and lots of kids our age where there was tons of activity."

"She cooked for an army," said her son. "She just knew how to cook for a lot of people."

In her mid 40s she surprised her husband by taking driving lessons and getting her license. Mr. Denecke, an electrician, died in 2000 after 45 years of marriage.

"She grew up very middle class, if not lower, with 10 kids to raise," said Martin Denecke. "Being a homemaker, she didn't ever have a lot, but she never complained and was very, very happy with her life and her family."

A Mass of Christian Burial will be offered at 10 a.m. Monday at St. Bernadette's Church, 5930 South Abbott Road, Orchard Park.