Christine Pusateri felt overwhelmed, and it was understandable.

She visited her new home in Cheektowaga for the first time on Saturday, but it was no ordinary arrival. She rode in a chauffeured van, escorted down McNaughton Avenue by a Cheektowaga police vehicle and Patriot Guard Riders.

The fire department hung an American flag from a ladder truck as dozens of flag-waving Citizens Bank employees, neighbors and supporters lined the street and cheered in the rain. "Can't Stop the Feeling" blasted through a sound system.

Pusateri, a Gold Star wife, was handed the keys to a free two-story home that comes with nearly everything except a mortgage. The donation was a joint effort of Citizens Bank and the Military Warriors Support Foundation.

Photo Gallery: A surprise home for a fallen soldier's wife

Pusateri's husband, Sgt. Christopher M. Pusateri, died in 2005 after he was shot while serving with the U.S. Army in Mosul, Iraq. He was 21 years old and was from Corning. His wife had been his high school sweetheart.

Christine Pusateri was still living in Steuben County, and now has two children, Ryan, 10, and Isabella, 6, who will enjoy the new home, too. She learned in February that was she was eligible for the donation, but she didn't see the house in person until Saturday.

"I just want to say from the bottom of my heart, thank you," she said through tears to the crowd assembled on the driveway. 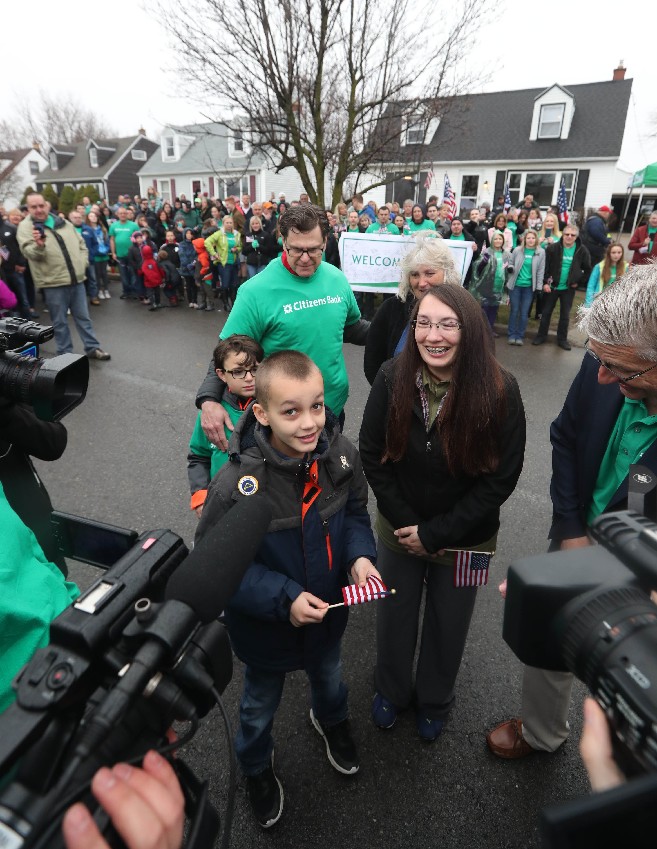 Ryan Pusateri and his mother, Christine, get ready to see their new home. (Sharon Cantillon/Buffalo News)

More than 100 Citizens Bank employees from throughout the Rhode Island-based bank's territory volunteered time to renovate the house.

"They painted, they raked, they cleaned, they gardened, they assembled, so we could make sure that when Christine and Ryan and Isabella came to the house, it was a home," said Lisa McGraw, retail director at Citizens.

And after every task was completed, the volunteers asked what more they could do, McGraw said. "It was almost hard to get them to leave."

Other businesses also chipped in with donations and services. And as the celebration wound down, volunteers were set to move the family's  belongings into the house from a U-Haul truck parked on the street.

Pusateri's new home comes with a lawnmower, snowblower, grill, treadmill, trampoline and patio furniture in a covered space next to the garage. Citizens also collected more than $1,000 for Amazon and Target gift cards for Pusateri to buy items for the house.

This was the fourth time Citizens and the Military Warriors Support Foundation have partnered on a mortgage-free home donation, but the first time they have teamed up for a New York state location. The Texas-based foundation supports soldiers wounded in combat and Gold Star families with programs including housing.

"The ability to award a mortgage-free home to a combat-wounded hero or a Gold Star spouse is life changing, not only for the hero or the Gold Star [spouse] and their family, but for each one of us here today, to see what's happening," said Kathy Feeney, executive advisor of housing initiatives at the foundation. Since 2010, the organization has awarded more than 790 houses to families across the country, she said.

And there was more. Citizens Bank's consumer leadership team created a scholarship fund for Pusateri's two children. The funds were a combination of donations from the bank's management team and the Citizens Foundation. As of Saturday, that fund stood at $13,773. 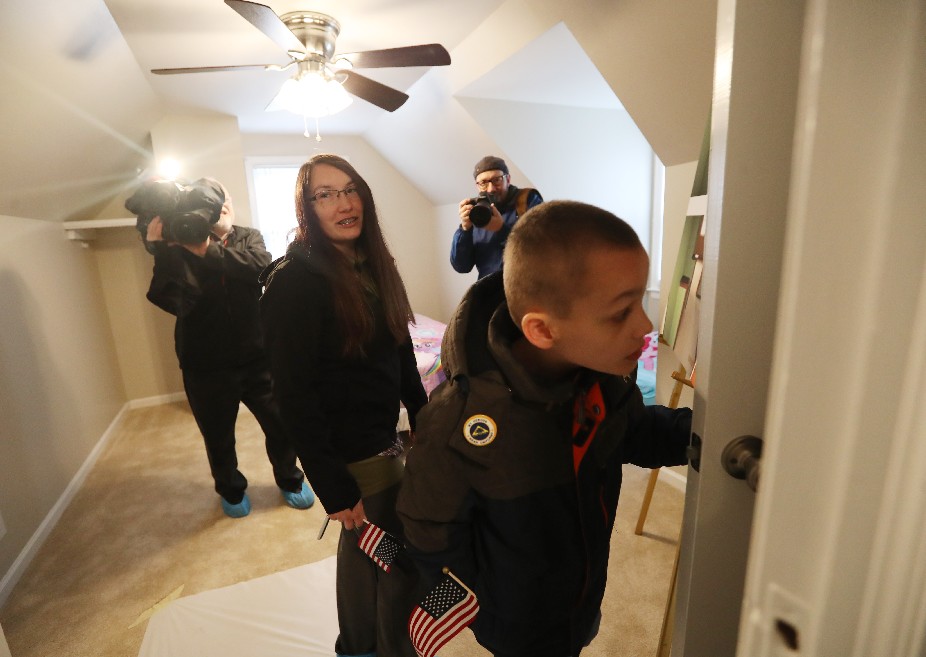