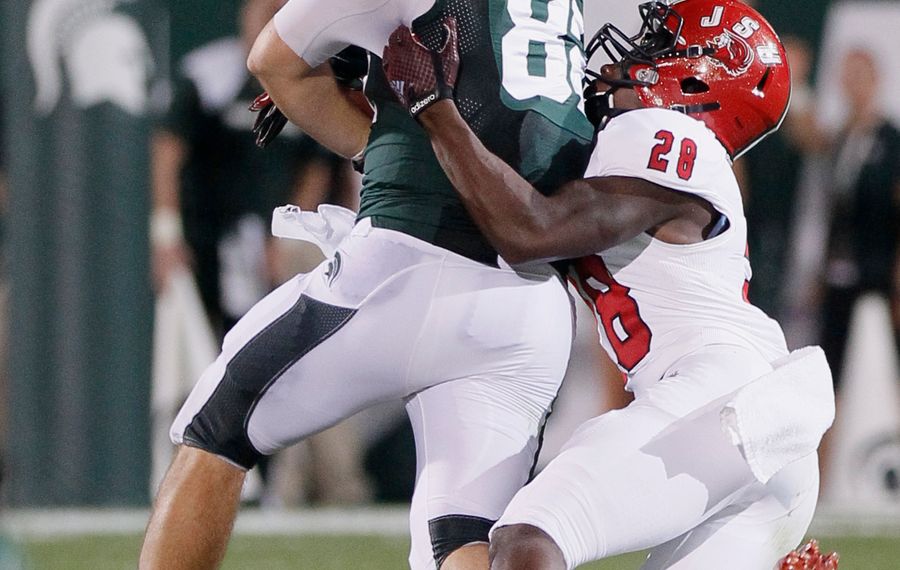 The Buffalo Bills selected their fourth defensive pick in row Saturday when they made Jacksonville State safety Siran Neal the first of their two choices in the fifth round.

The 6-foot, 206-pound Neal was viewed as a safety by many NFL teams, but a cornerback by some because he saw playing time there as a senior. He also ran a solid 4.56-second 40-yard dash at the NFL Scouting Combine and had a 40.5-inch vertical jump, which tied for third-best among safety prospects at the Combine.

Scouts say that Neal, who will compete to provide depth behind Micah Hyde and Jordan Poyer, plays "with an edge," something that Bills coach Sean McDermott favors, especially with defensive players. He did not play much zone defense in college, and switched from linebacker to safety in his senior year.

"I talked with (Bills assistant defensive backs) coach (Bobby) Babich and he said he really liked how I fit inside the run game, attacked the run," Neal said during a conference call with reporters. "He liked how I played my one-on-ones as a big guy. I really can't say exactly where I'll be fitting in, but wherever they lead me, just come in and compete and be part of that team. That's what I'm looking for."

Neal, who is only the 13th player from Jacksonville State to be drafted by the NFL and the second by the Bills (tight end Keith McKeller was the first in 1987), started all 24 games in his final two seasons with the Gamecocks.

"I definitely love the physical part of it," Neal said. "I feel like anybody that gets the ball in their hand and runs toward my way, I should ... just get him on the ground."