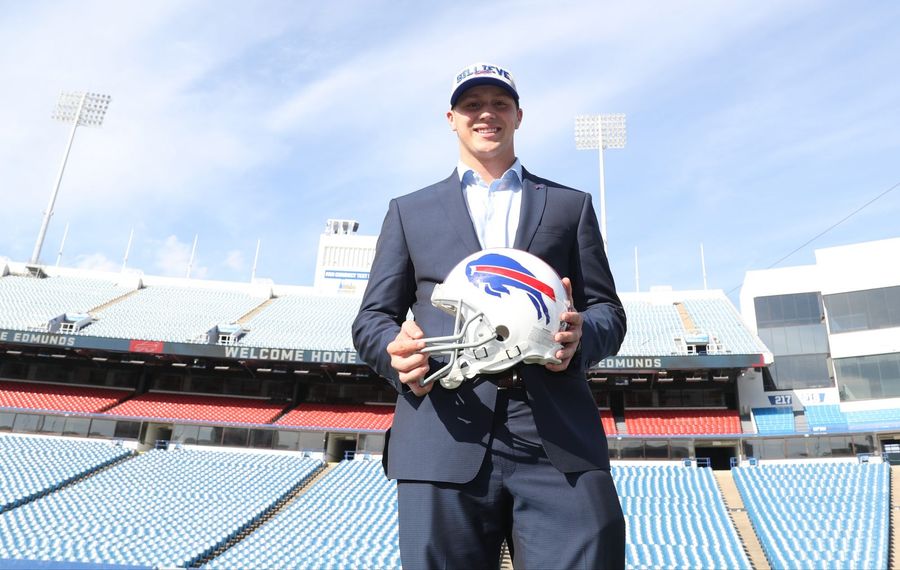 The Buffalo Bills aren't ruling anything out when it comes to top draft pick Josh Allen possibly being their starting quarterback as a rookie.

"We're not going to rush him, but if he somehow wins the job, he wins it," General Manager Brandon Beane said in a draft wrap-up news conference with coach Sean McDermott Saturday.

Allen will compete with two other quarterbacks, A.J. McCarron and Nathan Peterman. However, the Bills traded up to make Allen the seventh overall pick of the NFL Draft Thursday night. He is earmarked as their long-term starter. The question is, when will the coaches and Beane deem him ready to start?

"There's other players out there, there'll be 52 other players out there, and if they see he's clearly the best, I don't think we could (keep him on the bench)," the GM said. "We wouldn't do that at any other position, so we'll let it go. But he's got a lot of catching up to do. That's the thing. A.J. and Nathan are a long way ahead just getting in here with Brian when the offseason conditioning program started (April 16)."

Beane also said that the inclement weather conditions in which the Bills tend to play at home later in the season was not the sole factor in why the Bills drafted the quarterback with the strongest arm in the draft.

Jerry Sullivan: No urgency to "win now" for Bills