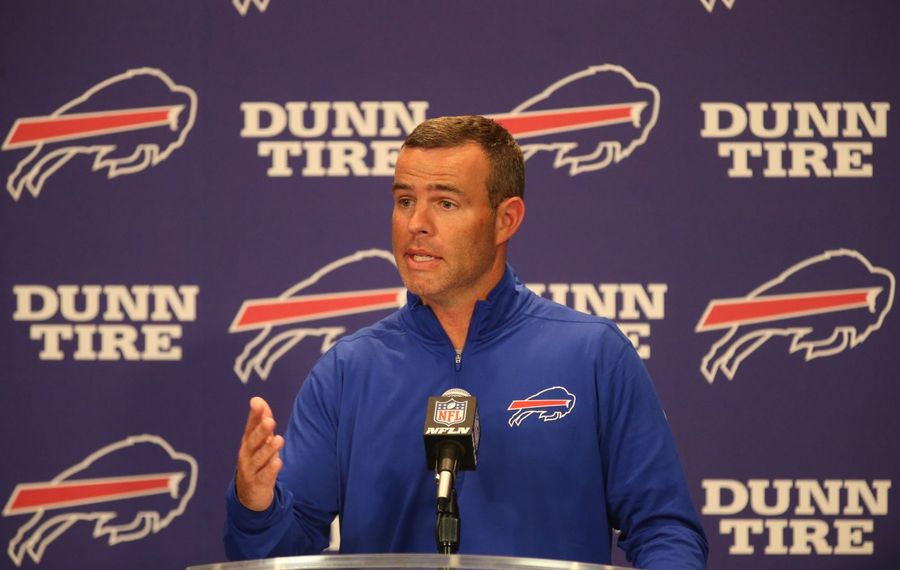 The Buffalo Bills were reportedly aiming even higher Thursday night in the first round of the NFL Draft.

The team traded up from No. 12 overall to acquire the seventh pick from the Tampa Bay Buccaneers, which they used on Wyoming quarterback Josh Allen. In exchange, the Bills sent both of their second-round draft picks, No. 53 and No. 56, to Tampa Bay.

According to ESPN's Adam Schefter, Buffalo had a trade agreement in place with the Denver Broncos that would have bumped them up to the No. 5 pick in exchange for No. 12, No. 22 in the first round and No. 53. The Bills also would also have received Denver's third-round pick, according to Schefter.

Buffalo and Denver had agreed to a trade based on who was available; but Broncos decided not to pass up Bradley Chubb, then Bills went to No. 7 instead. For Josh Allen.

"We didn't trade because Bradley was there," Broncos General Manager John Elway told Denver reporters. “We did have some options. But with Bradley falling to us, we thought that was our best option."

The Bills vastly overpaid in every commonly used trade pick trade calculator. In the original trade chart developed by Jimmy Johnson, Buffalo gave up 1,910 "points" while receiving just 1,500 back. That 410-point difference is equivalent to a second-round draft pick, 49th overall.

The return was even worse in the two other charts used in The Buffalo News' draft trade simulator. In the model developed by a former Harvard student who now works for the Browns, the Bills gave up 235.9 points of draft value, which is equivalent to the value of the 22nd overall pick in the first round.

In the model designed by footballperspective.com, the Bills gave up 14.9 points of draft value, which is also equivalent to the value of the 22nd pick.

Had Buffalo made the trade with Denver, they would have still overpaid, but not as severely. Each of the three models shows the Bills losing the equivalent of a second-round pick.