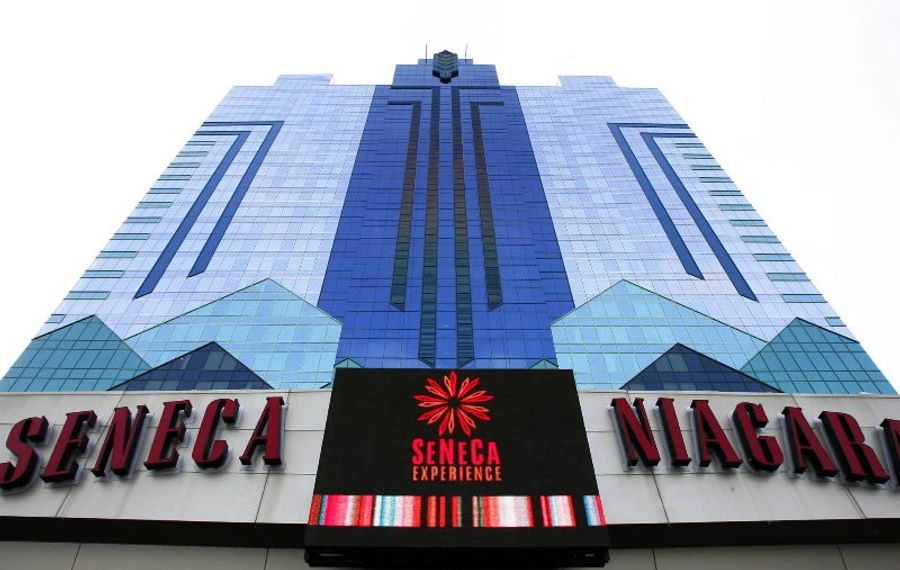 The Seneca Niagara Hotel in Niagara Falls, along with its entrance drive and parking lot, will undergo $40 million in improvements in the coming year, Seneca Nation leaders announced  Friday.

The "Seneca Arrival Experience," as the project was dubbed, involves a makeover of the lobby of the 604-room hotel, which opened in December 2005, three years after the casino. At 26 stories, the hotel is the tallest structure in Niagara Falls.

There will be a new covered entrance to the hotel. Indoors, the guest registration and VIP areas will be moved into the heart of the lobby. The lobby bar will be moved to a spot adjacent to the casino entrance, which will itself be moved closer to the main hotel entrance, Kimelberg said.

"It's something the Nation has wanted to do for many years," Seneca Gaming President and CEO Holly Gagnon said.

Eventually, the four restaurants off the lobby also are to be renovated.

The parking lot and the "entrance boulevard" off John B. Daly Boulevard are to be improved to reduce traffic congestion and make the paved area a better concert venue, according to Michael Kimelberg, senior vice president of corporate strategy and development for Seneca Gaming Corp.

"The current major roadway is one lane in and one lane out. It creates a little bit of a problem," Kimelberg said. The new configuration will include a dedicated turning lane leading off Daly Boulevard, offering two lanes in and two lanes out.

"The new parking areas will be landscaped, very well lighted, configured also to serve as a great venue for our terrific outdoor concerts and events," Kimelberg said.

Outdoors, work on the staging area already has begun, with intensive work on the parking area starting in June, targeted for completion in May 2019. The indoor work is to start in July, with completion slated by the fall of 2019.