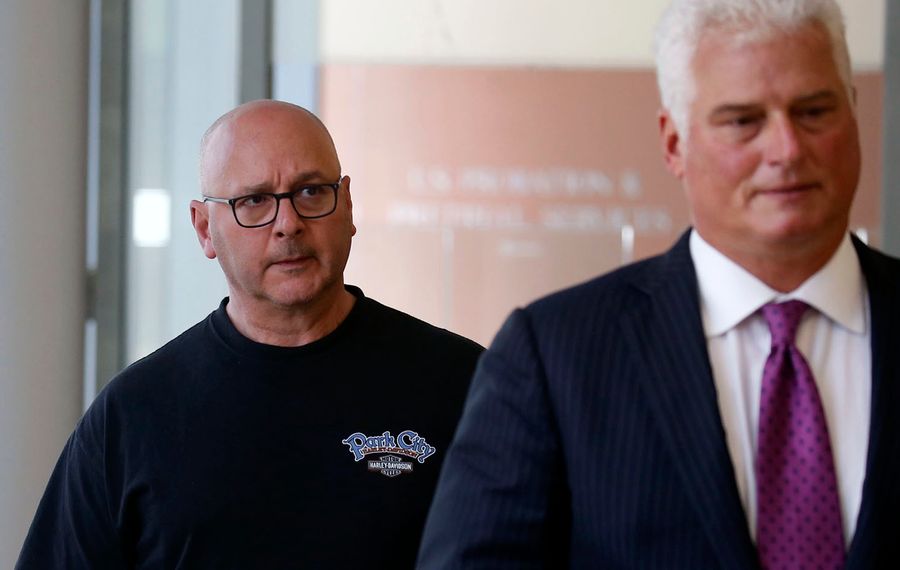 A motion by the U.S. Attorney’s office in Manhattan this week said prosecutors want to present evidence in the coming Buffalo Billion trial that more than $100,000 flowed from Ciminelli and his family to the Cuomo campaign. Also, they want to present evidence that, as previously revealed, Ciminelli hosted a 2013 Cuomo fundraiser in Buffalo that netted the campaign $250,000 at a time when a state-created entity was conducting a request for proposal for the Buffalo Billion economic development program that Ciminelli’s firm later won.

No wrongdoing has been alleged against Cuomo in the case, which goes to trial in June. It features six defendants, including Ciminelli and two other ex-LPCiminelli executives, two Syracuse developers and former SUNY Polytechnic Institute leader Alain Kalyoreros, who Cuomo tapped to run several major upstate projects, including the Buffalo Billion program and the contract won by Ciminelli to build the solar plant at RiverBend.

Prosecutors and defense lawyers this week have submitted a barrage of motions to U.S. District Court Judge Valerie Caproni on a range of legal issues, including campaign donation matters.

The U.S. Justice Department makes clear in its motion this week that it “does not contend, and will not argue, that the campaign contributions were unlawful.’’

But the donations did, prosecutors say, play a role in the alleged bid rigging. In their motion, prosecutors wrote that Ciminelli and his family “became major donors to the governor both before and through the time of” the Buffalo Billion request for proposal process.

The donations by Ciminelli and the Syracuse defendants, including real estate developer Steven Aiello, are "evidence of the genesis and evolution of their relationships with co-conspirator Todd Howe and of the various co-conspirators’ states of mind.’’ Howe was the prosecution’s star witness in the corruption trial that ended in March with the conviction of former Cuomo confidante Joseph Percoco. Howe was arrested during his multi-day testimony of that trial for violating the terms of his cooperation deal with prosecutors.

The donations by the Buffalo and Syracuse defendants “were critical parts of their relationships with both co-conspirators and the Office of the Governor,’’ said the motion submitted by U.S. Attorney Geoffrey Berman, the chief federal prosecutor in the southern district based in Manhattan.

Berman wrote that Ciminelli’s donations “caught the eye of senior officials in the governor’s office” and that, with the Syracuse developers’ donations, “are critical to understanding the motivations” of Kaloyeros and Howe in the alleged bid-rigging scheme.

“Kaloyeros was motivated to award lucrative state-funded contracts to important campaign contributors because he wanted to curry favor with the governor’s office in order to maintain and expand his powerful university position,’’ prosecutors wrote.

In his own motion to limit how far prosecutors can go with their case, Kaloyeros’ lawyer said details about the former SUNY executive’s wealth or desire to maintain his position “has no connection to the charge offense or even the RFPs at issue.’’ The lawyer, Michael C. Miller, called the government’s motive allegations “tenuous.’’ The issue of campaign donations was not specifically addressed.

In their own motions filed this week, lawyers for Ciminelli and the other two Buffalo defendants did not focus on the contributions issue, but instead asked the judge to limit how far prosecutors can go in the trial with, for instance, what actions can and can’t be included in wire fraud charges against the individuals. They also want the judge to instruct the jury that state procurement laws do not apply to the corporation set up by the State University of New York to oversee the Buffalo Billion program.

On the issue of campaign donations, Stephen R. Coffey, an Albany lawyer for Syracuse developer Aiello, this week urged the judge to reject the campaign donations as evidence. “The government cannot be permitted to conflate legal and illegal conduct," Coffey wrote in a motion to the judge.

The lawyer raised First Amendment free speech worries about the government trying to show that legal contributions were the “quid” in an alleged quid pro quo scheme.

“Special care is needed because of the dangerous path the government is pursuing with this evidence since campaign contributions are constitutionally protected speech and can even be given for the purpose of obtaining good will and access,’’ Coffey wrote in a motion on behalf of Aiello and Joseph Giarardi, the other Syracuse defendant in the case.