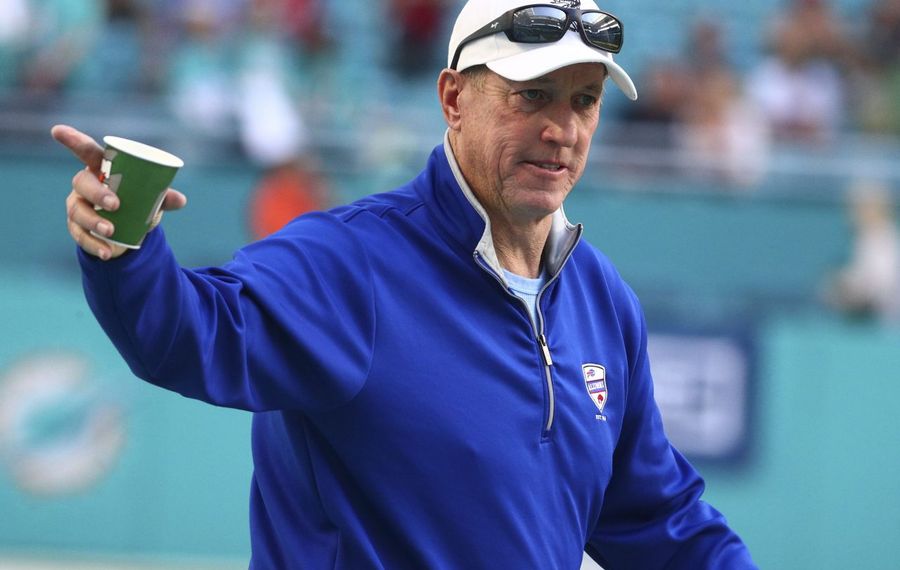 Josh Allen has been widely viewed as possibly the Bills' most important quarterback selection – or pick of any kind – since Hall of Famer Jim Kelly in 1983.

Kelly, who continues to recover from jaw reconstruction surgery, took to Instagram on Thursday night to congratulate Allen:

Welcome to Buffalo , love the way you play. Can’t wait to meet you. Congrats. 👍🙏🏈

In Dallas after the selection, the News' Vick Carucci asked Allen about the enormity of the comparison and the expectations that come with it.

"They still talk about this guy. And Jim Kelly's a legend," Allen said. "I'm praying for him and what he's been going through (in recovering from recent cancer surgery)," Allen said. "But the things he was able to do at Buffalo is something special and to be in the same breath as Jim Kelly is pretty awesome and, hopefully, one day I'll be to his level. And with the help of my teammates and my coaches we tango back to playoff contenders and Super Bowl contenders.

"That's going to be down the road, but with the team that's there in place, they've got some really good guys, some really good talent and I'm excited to step in and start meeting these guys."

I met @JoshAllenQB at the Masters and I think he'll be an awesome fit for what the Bills are building. Great first round for the Bills!

Watch: Josh Allen had an awesome reaction when Bills traded up for Tremaine Edmunds