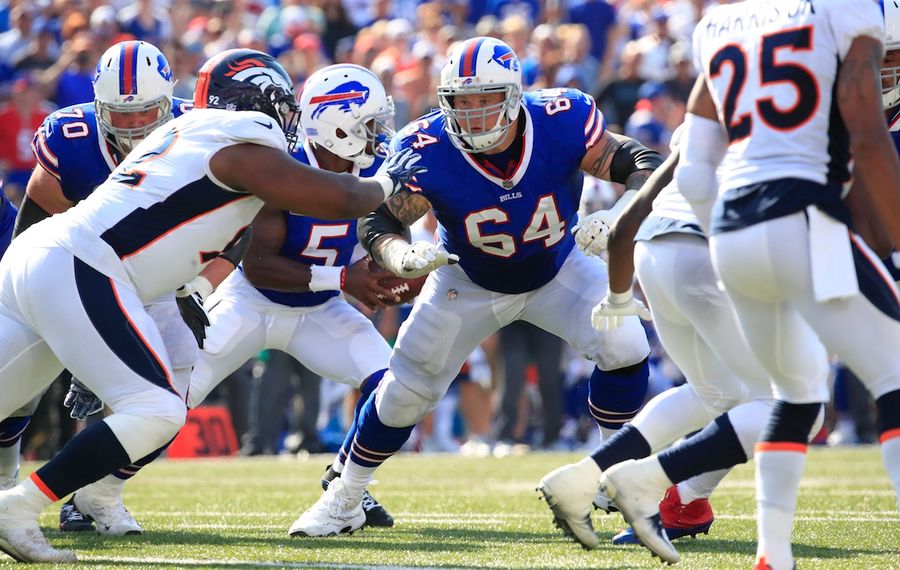 The Buffalo Bills have a lot of work to do on Day Three of the NFL Draft Saturday.

The Bills took care of depth at defensive tackle by drafting Stanford's Harrison Phillips at No. 96 in the third round.

On the Phillips pick, Beane said: "I know this probably wasn't considered a need. We just thought this was a good football player."

New Bills QB Josh Allen: 'There's not an ounce of hate in my body'

Here are some prospects who could be in their sights:

Wide receiver: The Bills could use more speed for Josh Allen's big arm. Texas Tech's Keke Coutee is small but he ran 4.43. He might last to 212. Penn State's DaeSean Hamilton is not a burner at 4.52, but he finished as the Nittany Lions' career catches leader and had a great post-season. Iowa State's Allen Lazard is a big slot receiver who's not a blazer and has great character. Northern Iowa's Daurice Fountan ran 4.47. LSU's Russell Gage is a special teams ace who ran 4.42. He's a fifth- or sixth-round target. Penn's Justin Watson ran 4.45 and is a sixth- or seventh-round prospect.

Offensive line: The Bills could use more competition in the quest to replace Richie Incognito and Eric Wood. Washington State's Cole Madison would be a good value at 121. He played tackle but projects to guard in the NFL and most had him rated about 100. Ohio State tackle Jamarco Jones is a fourth-round prospect with a lot of starting experience. Jones is a two-year starter at left tackle but projects to right tackle in the NFL. He has 35 1-2 inch arms. Tackle Tyrell Crosby, a top-50 prospect according to many draftniks, still is available.

Virginia Tech's Wyatt Teller is a competitive guard prospect in the fourth round. A guard who would be good value in the fifth or sixth round is Appalachian State's Colby Gossett. Center Scott Queesenberry might be available at 154 or 166. If the Bills want to wait a bit longer, offensive coordinator Brian Daboll is spent last season coaching Alabama center Bradley Bozeman.

Cornerback: The Bills signed Phillip Gaines from Kansas City as their top candidate to be the nickel cornerback, a role he filled with the Chiefs. More depth is needed. The cornerback crop is deep. Among the fourth-round prospects are Alabama's Tony Brown, Boston College's Isaac Yiadom, Tulane's Perry Nickerson, Pittsburgh's Avonte Maddox, Stanford's Quenton Meeks. There are a slew of fifth- and sixth-round draftable corners, too.

Tight end: Indiana's Ian Thomas was a pre-draft visitor to the Bills. Many rated him as a top-100 talent.

Running back: The Bills had Arizona State's Kalen Ballage in town for a pre-draft visit. He has drawn comparisons to New Orleans star Alvin Kamara and could be a steal in the fourth round. Miami's Mark Walton would be a steal if he lasts to the fifth round.

Defensive line: The selection of Stanford defensive tackle Harrison Phillips probably takes the Bills out of the D-line market. Edge rusher Dorrance Armstrong, a fourth-round target, was a Bills visitor.