When Kate Welshofer was in middle school at Perry Central, she came home very upset from a Career Day.

Classmates said they planned to be a teacher, nurse, veterinarian and firefighter when she didn't have a clue about her future.

"I told my mother 'I don't know what I am going to be when I grow up,'" Welshofer recently explained. "She said, 'It is all right if you haven't figured your whole life out at age 13.'"

Three decades later, Welshofer appears to have finally figured it out.

Her infectious enthusiasm and quirkiness have quickly established her as the most talked about new TV personality in recent memory as she performs a variety of roles at WGRZ-TV (Channel 2) in her 21st year in television.

"I was joking that my journalism career is old enough to drink now," cracked Welshofer. 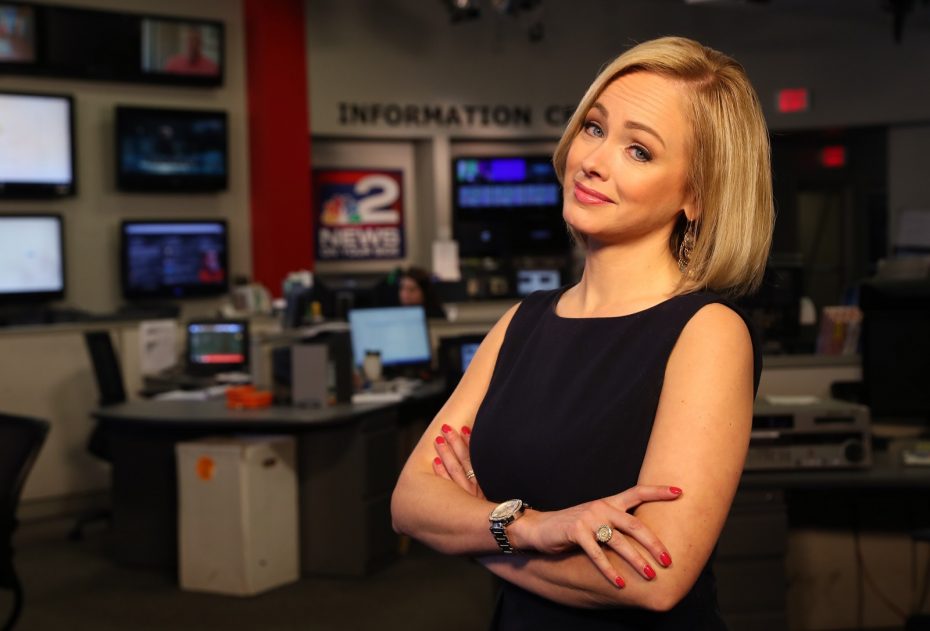 She most notably appears on the morning program "Daybreak" as the provider of the offbeat "What Is Trending" in the news and as an occasional fill-in anchor.

"For the first time, what I'm doing really feels what I should be doing, which is a very cool place to be," she said.

She arrived at Channel 2 after 10 years each in cable news in Rochester and Albany.

She is a 1996 graduate of St. Bonaventure, where she was a cheerleader when the basketball team included Harry Moore, David Vanterpool and Shandue McNeill.

Her late father, who taught western civilization and philosophy at Genesee Community College, graduated from Bona.

"I didn't go there because he went there," she said. "I just liked it and the connection there in some way. It was a great decision to go there."

After graduation, Welshofer started working at a mall clothing store when she got a call from the cable news channel in Rochester.

An unpaid intern as part of her college program at what is now Spectrum News, she was hired as a producer with zero experience but having proven she could follow directions.

She was on the air in a few years, sparked by her creation of lighter segments for kids.

"My feeling was you don't see kids on TV unless they are playing sports or getting arrested," she said.

She wrote and produced the segment, which grew to a half-hour program.

She also covered numerous events at a time people at the cable news channel were constantly asked "how do you do 24 hours of news a day in Rochester?"

"People would say: 'What are you doing here? What awful thing happened to bring you here?'" she recalled. "No, 'we are here to cover this event.' We got a reputation of not just coming to town if city hall is burning down."

After 10 years, she headed to Albany as an evening anchor. She didn’t apply for another job in 10 years because she was still stuck in middle school.

"I didn't know what I wanted to do," she said. "The journey to answer that question went on for a very long time."

She wasn't sure news was a good fit but she enjoyed storytelling and working with creative people. So she started a YouTube channel to use a creative muscle that anchors don't need or use reading a teleprompter.

It was inspired by a video she did for a friend's 30th birthday.

"I was sad that it was over," she said. "It was very much a personal creative endeavor."

She shot the first video on a laptop and challenged herself to do one video a week. If she was doing it in a year, she planned to get a proper camera and do three videos a week.

"It was really something I was doing for myself and other people were watching it," she said.

The most-viewed was for her discussion of "Ship Your Enemies Glitter," about a guy who charged $10 for an envelope of glitter.

The YouTube channel was perfect for someone who just wanted to have creative fun and was tired of running into people who said they don't watch the news because it is so depressing.

"There also was a component of feeling a bit like The Grim Reaper," she said of anchoring the news. "I feel like I am putting so much out to the world that sometimes even for myself is a lot and it can be very, very heavy. This (the YouTube work) was really for myself. It makes me laugh. I can laugh at myself.

"The fact that I was getting feedback that 'it is so weird and off-the-wall' made me smile. That made me happy that I was able to balance the scales a little bit from what I was doing professionally. It was something I needed for my health." 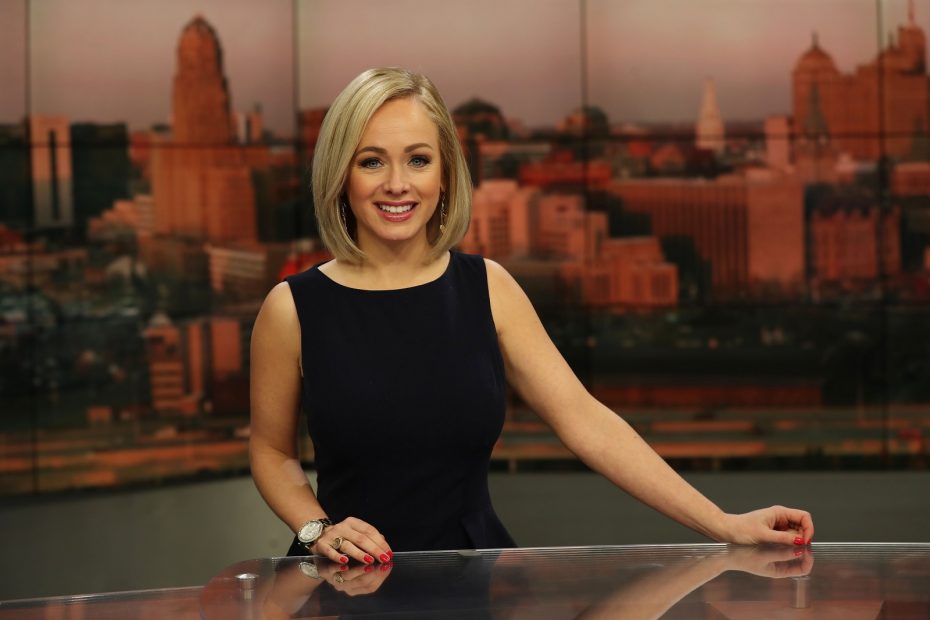 Welshofer occasionally fills in an anchor role while regularly handling "What Is Trending." (Sharon Cantillon/Buffalo News)

She didn't expect it to lead to anything before hearing from Channel 2 late last year and getting a compliment from General Manager Jim Toellner.

He said, 'I have a lot of people who do news and I don't have anybody who can do what you can do,'" recalled Welshofer.

Toellner's comment shattered her long-held belief that no one was going to hire and pay her to do the fun, creative work she was doing. He hired her to be the new glittering personality to bring something "different and new."

For all the things she reveals about herself on You Tube or in Channel 2 pieces, Welshofer is a very private person. She will reveal her age, 43, which may be the biggest misconception about her. She looks much younger.

"That is probably the thing I get the most," she said. "'You probably aren't old enough to remember' – fill in the blank. I start laughing, I actually do remember that."

However, she won't reveal much more about her personal life beyond saying she was once named Perry's Sea Serpent Queen and has a cat she named Brian Williams before the anchor got into controversy that cost him his job heading "NBC Nightly News."

"People ask me all the time why don't I rename him Lester Holt," she said of Williams' replacement. "Because his name is Brian."

She also is asked why she didn't change her challenging name, which her father said can be pronounced properly if you think of "good driver."

She has made a name for herself so quickly you could say she is What's Trending in local television. 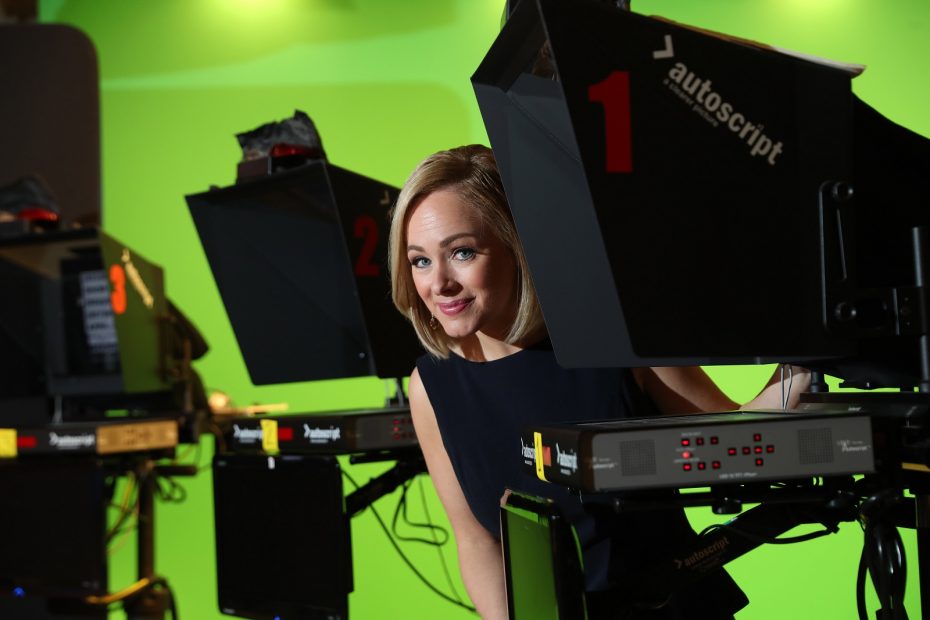