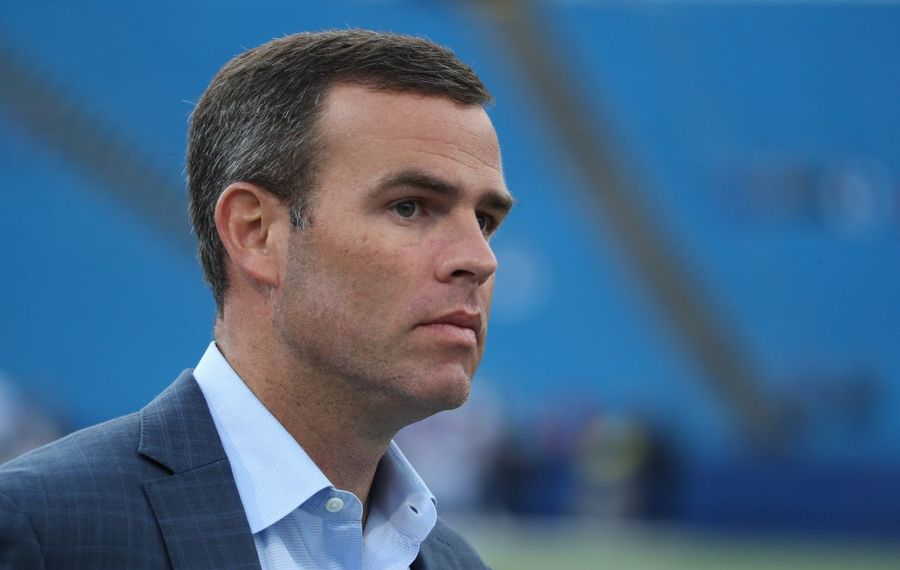 Day Two of the NFL Draft will be an anti-climax for the Buffalo Bills.

The Bills made two big moves by trading up twice in the first round on Thursday to get quarterback Josh Allen and linebacker Tremaine Edmunds. They gave up picks Nos. 53 and 56 in the second round and No. 65 in the third round in the process.

That leaves them on Friday with only pick No. 96, the fifth last pick in the third round. The Bills also have one pick in the fourth, fifth and seventh rounds and two picks in the sixth.

The two biggest needs remaining on the roster arguably are to get a wide receiver who might make an impact as a rookie and a bit more depth at cornerback. The Bills also could use depth on the offensive line and at linebacker.

The 53rd and 56th picks that the Bills gave away were the sweet spot for receivers. There's expected to be a run on wideouts in the second round.

Here's a look at some options who might be on the board for the Bills at No. 96:

Potential receiver targets at No. 96 include Penn State's DeSean Hamilton, Clemson's Deon Cain, Colorado State's Michael Gallup, Central Florida's TreQuan Smith and Northern Iowa's Daurice Fountain and Iowa State's Allen Lazard. Cain is the fastest of that bunch. He ran a 4.43 time in the 40-yard dash. Gallup might be the most ready to contribute as a slot man.

What about another linebacker? The depth is thinner than receiver. BYU's Fred Warner, who came to Buffalo on a pre-draft visit, is projected as to go in the 60s or 70s. He probably won't fall to 96. Ditto for South Carolina State's Darius Leonard. Ohio State's Jerome Burks and Vanderbilt's Oren Burks would be viable options at No. 96, if they last that long. Burks plays inside or outside. Baker was a weak-side backer in college. Iowa's Josey Jewell is a productive linebacker who could last to the end of the third round. But he isn't quite as athletic as the others. He ran a 4.82 in the 40. Burks ran 4.59 and Baker 4.53. Speed at linebacker is a top priority for the Bills.

Others who in the late-third-round range who made pre-draft visits to the Buffalo included Florida cornerback Duke Dawson, Indiana tight end Ian Thomas and Kansas defensive end Dorrance Armstrong.