A new bar-restaurant in Medina aims to please eyes as well as palates with a unique sculpture of the Erie Canal that runs through the dining room, serving as bar and table tops as well as decor.

The interior of Mile 303, 416 Main St., has a turquoise stream flowing through it that rises and dips, echoing in an abstract way the topography of the canal. It's made of hard maple and clever woodworking, including traditional Japanese joinery.

"This town exists because of the canal," said Tim Hungerford, an owner. When trying to figure out a look for the restaurant, his architect brother Brian pitched the idea of a one-of-a-kind design element that would be meaningful, beautiful and functional.

Interested folks can stop by for a drink when the place soft-opens on May 5. The full menu won’t be available until May 9. 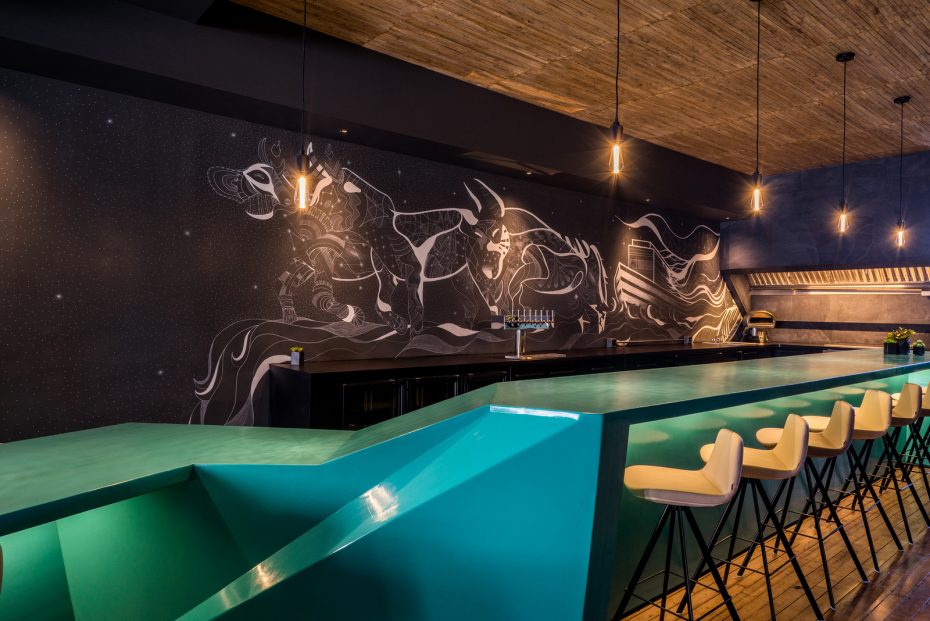 Made of hard maple and turquoise stain, the canal sculpture at Mile 303 in Medina is one-of-a-kind. (Dennis Stierer)

Chef Benjamin Pecoraro, formerly of Vera Pizzeria, will be offering Neapolitan-style pizzas made with long-ferment dough and approachable bar fare, along with a streak of more ambitious dishes using foraged ingredients like burdock and other local produce.

The bar side will include custom cocktails and beer from local craft in pints and growlers to Genny Light. Leonard Oakes will supply white and red wine on tap, as well as cider, in addition to a bottled wine list.

"We're straddling a line a little bit, leveraging the architecture and design concept and pushing a modern food construct to do it," Hungerford said. "But we also offer very approachable things, so if people come in and think 'This is a moon ship, this is weird,' we'll have the warm comforts of Genny Light and pizza to eat." 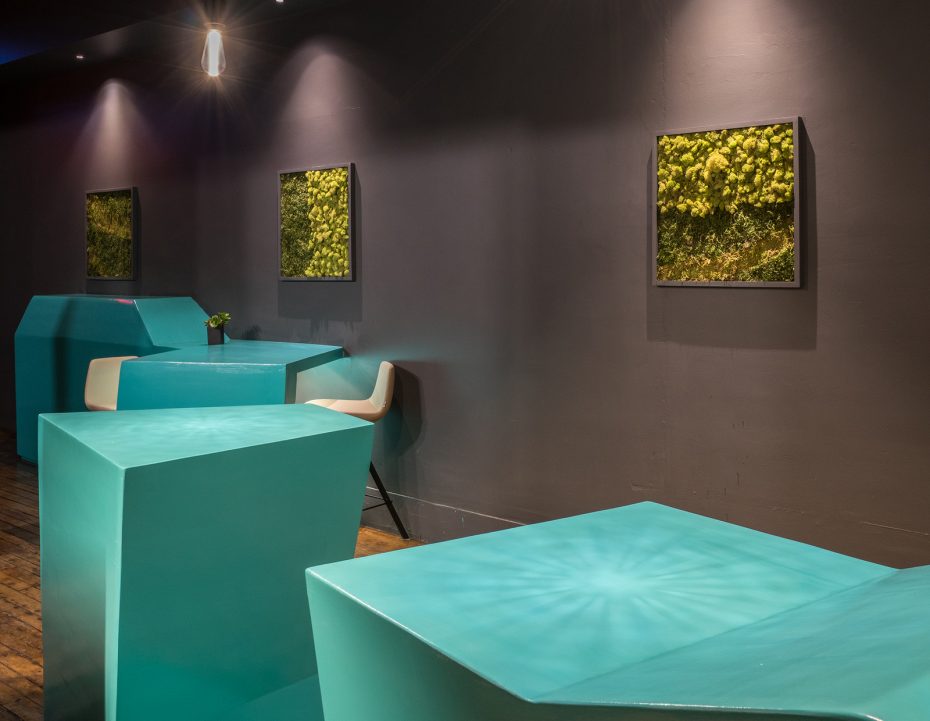 The decor and menu are unlike anything for miles at Mile 303 in Medina. (Dennis Stierer)

The project is the work of Medina High School graduates who traveled the country and came home to raise their children.

"I lived in a different city every year for like 12 years, then somehow ended up marrying a girl from Medina," Hungerford, a software developer, said of his wife Teresa, an environmental engineer at GHD in Buffalo who was instrumental in the project as well. When she became pregnant with their first daughter, they decided to move back to Medina, where their parents live.

In 2013 they bought the building, constructed as a general store in 1867, and rehabbed the third floor into living space. The second floor became their office and co-working space.

During the rehab, they wished they had a restaurant that reminded them of some of the cool places they'd enjoyed in their travels. "We wanted to bring something like that, and push the needle forward, from a cultural standpoint, in Medina," Hungerford said. "This whole project is a product of that ethos." 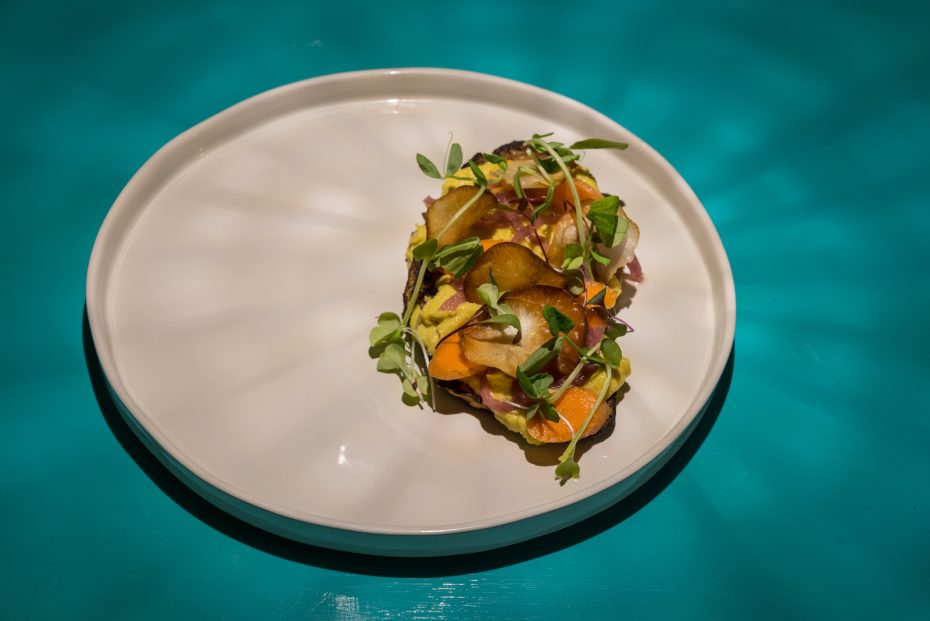 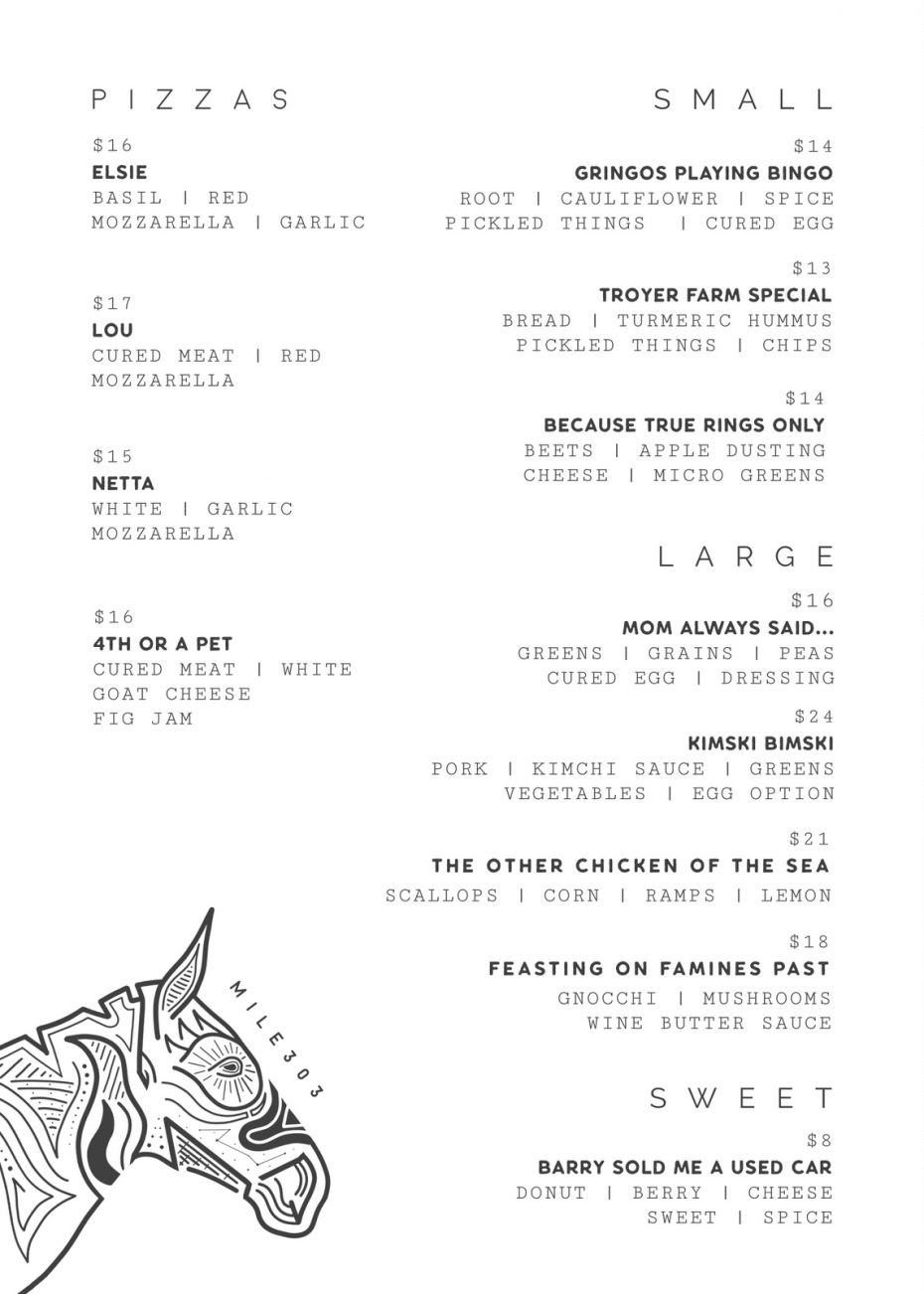 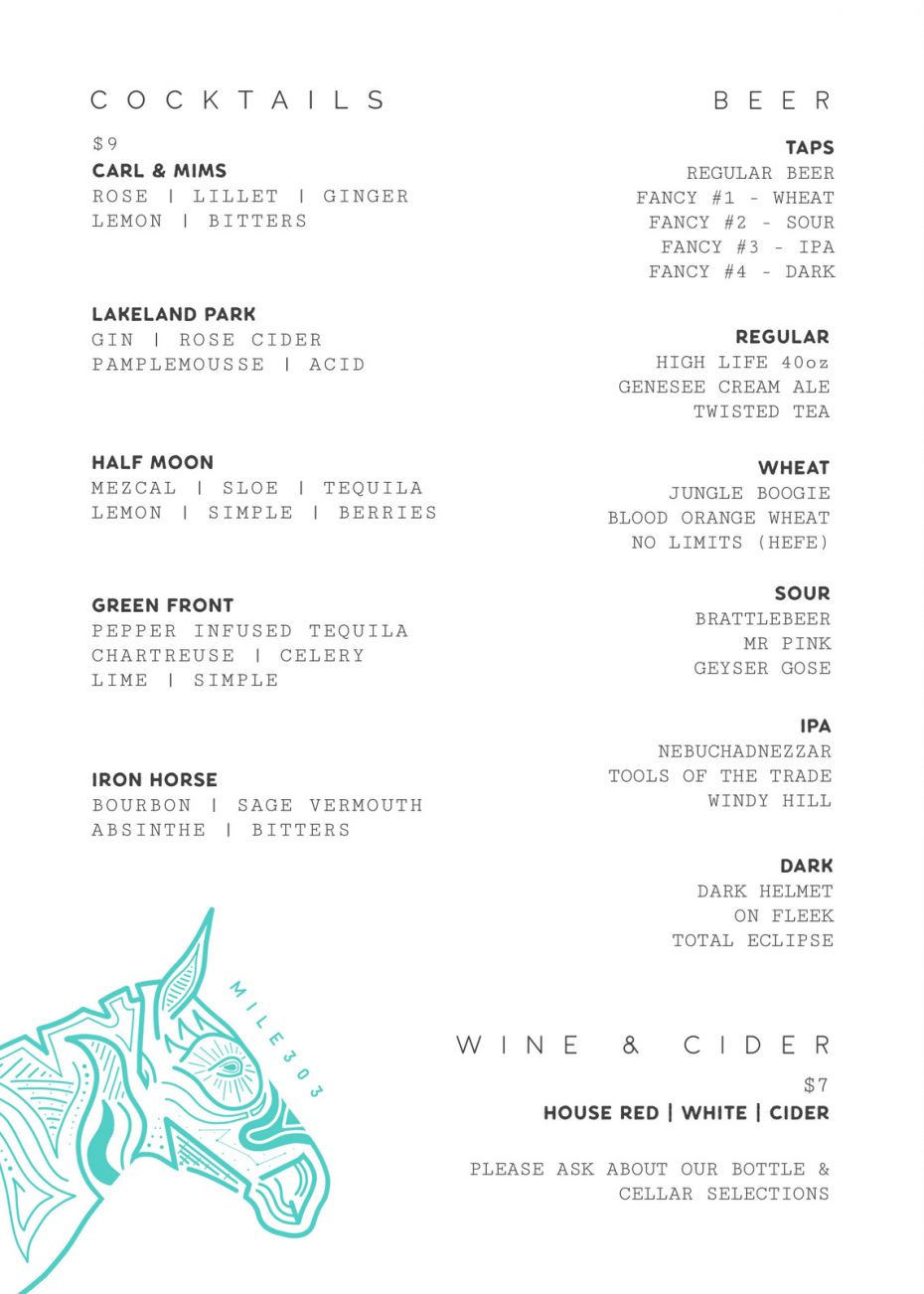