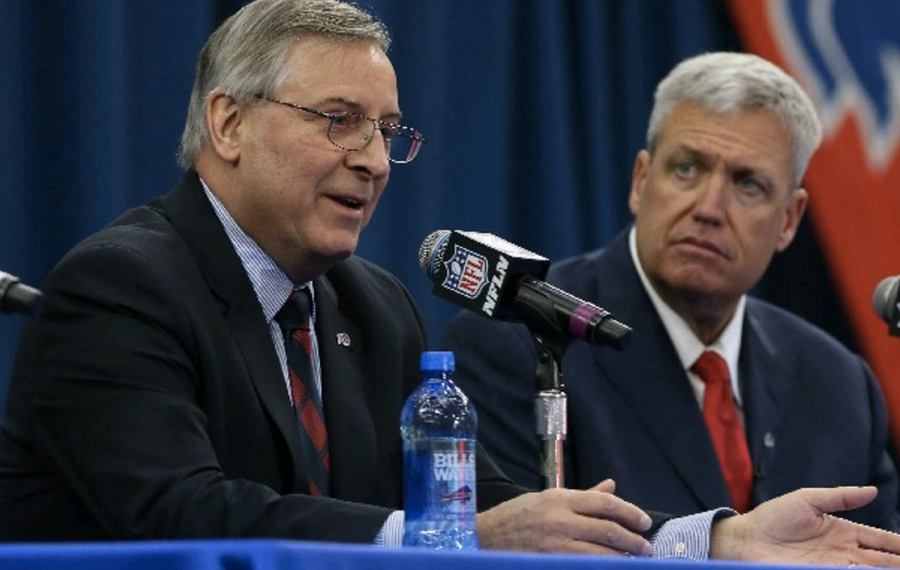 During a segment on ESPN's NFL Live outside AT&T Stadium in Texas – site of Thursday night's NFL Draft – former Bills coach Rex Ryan was analyzing the quarterbacks expected to be among the top picks.

The Bills figure to be a team looking to trade up in order to select one of the highly ranked prospects.

Ryan said the Bills need to be aggressive and lauded Bills owner Terry Pegula, calling him "as bold a guy as I've ever met."

He then took aim at AJ McCarron, the quarterback whom the Bills signed in free agency. "AJ McCarron, give me a break."

Ryan also had little good to say about Baker Mayfield, whom many project will go No. 1 overall to the Cleveland Browns.

It’s a mistake. This is a size & speed league. He has no size or speed.," Ryan said. "He’s not Drew Brees — stop comparing him. Drew Brees is comfortable in the pocket, Baker Mayfield is not."

Here was Ryan's view on the offensive tweets that surfaced Wednesday from Wyoming quarterback Josh Allen. The tweets were from when Allen was in high school.

"This is about as bad a mistake as you can make," he said. "I mean players get drafted after assaulting people, driving drunk, stealing, getting kicked out of multiple schools, etc. I really don't think Josh Allen's tweets are the worst thing we've seen."