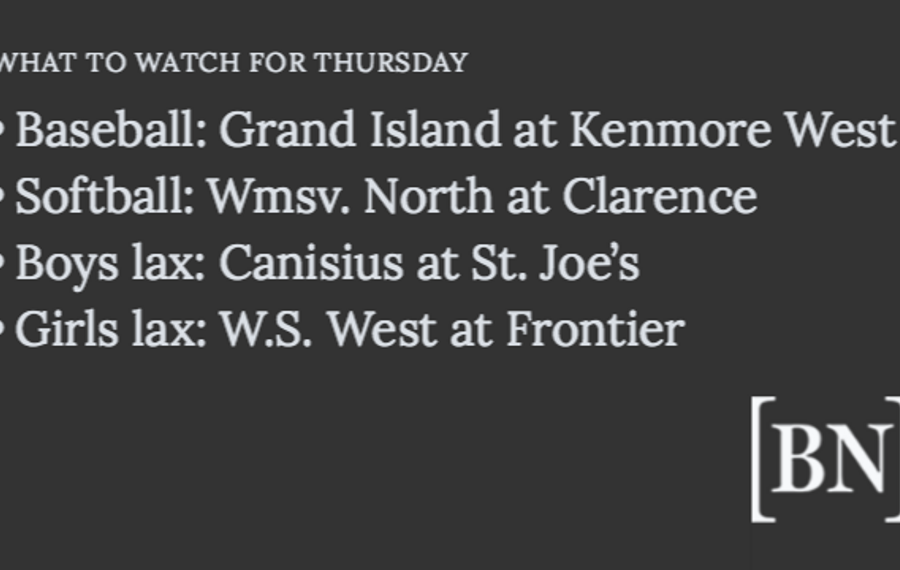 What to watch for Thursday

The biggest rivalry in Western New York hits the lacrosse field for the first time this season. St. Joe's (5-1), the defending Monsignor Martin champs, come in riding a four-game winning streak. Canisius (4-3) came back late for a 9-8 win over St. Francis Tuesday.

No. 2 large school Williamsville North heads to No. 8 Clarence looking for the season sweep of the Red Devils, who topped No. 1 Lancaster on Monday.

No. 7 large school Grand Island hosts Niagara Frontier League rival Kenmore West, which is ranked No. 9 in the latest poll.

Class A Frontier (3-0-1) aims to remain unbeaten against Class B West Seneca West (4-2) in an interdivisional matchup between sectional contenders.