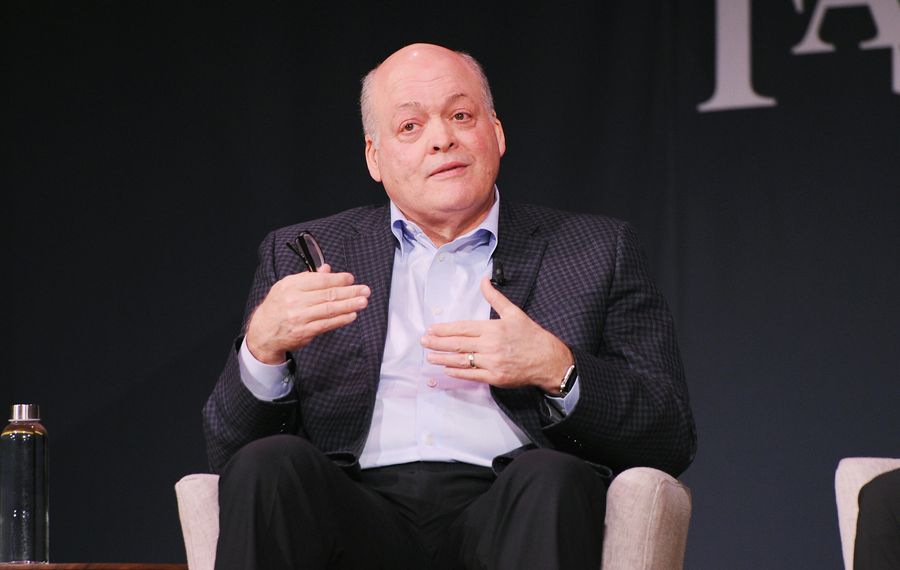 DEARBORN, Mich. – Ford Motor Co. replaced its chief executive officer a year ago, handing the job to Jim Hackett. But it may be another year before the company starts to show clear signs of a revival under the new boss.

On Wednesday, the automaker said it was accelerating efforts to slash costs and planned to stop making the Focus, the Fusion and other sedans for the North American market in a bid to turn around its fortunes both at home and abroad.

Ford said it expected to reduce sales, marketing, engineering and other costs by $11.5 billion between 2019 and 2022. That is on top of about $14 billion in efficiencies the company had already promised to achieve in the next several years.

The company is also considering exiting or selling money-losing operations in Europe and South America, its chief financial officer, Robert L. Shanks, told reporters. Ford expects the measures to enable it to achieve a global profit margin of 8 percent by 2020, two years earlier than it previously forecast, he said.

“We are undergoing a profound transformation,” Shanks said, “and are committed to taking decisive action.”

He cautioned, however, that the cost-saving moves would not have much of an effect on the bottom line until the second half of 2019, when new sport-utility vehicles are expected to arrive and help drive profits.

Ford has been criticized by Wall Street analysts for offering few details on Hackett’s strategy for the company. In a conference call on Wednesday, the chief executive said Ford will outline a full turnaround plan for investors and analysts on Sept. 26.

News of the turnaround plans arrived as Ford reported further signs of difficulty in the first quarter of 2018.

Net income totaled $1.7 billion, up by $100 million from the same period a year earlier, and earnings increased to 43 cents a share, up by 3 cents. But the company’s profit margin slipped to 5.2 percent from 6.4 percent a year earlier. Profits before taxes fell to $2.2 billion from $2.5 billion. And in every region of the world, Ford reported either a decline in profits or a loss.

In North America, Ford’s largest and most important region, pretax profit was $1.9 billion, down $200 million from a year earlier. Its margin in North America fell to 7.8 percent from 8.9 percent.
Shanks said North American operations had been hurt by rising costs for key commodities such as steel and aluminum.

Ford is counting on its planned cost reductions to reinvigorate its North American operations. The company expects its profit margin in North America to rise to 10 percent by 2020, Shanks said.

In a further savings, Ford now plans to reduce its capital spending between 2019 and 2022 to $29 billion; it previously expected to spend $34 billion in that time.

Dropping out of the sedan business in the United States is a momentous shift for Ford. Just a decade ago, the Focus compact and the midsize Fusion spearheaded a push to provide stylish and fuel-efficient cars as gasoline prices were rising.

But Americans are abandoning sedans and choosing trucks and SUVs. Shanks said the business lines losing money were mainly smaller vehicles. Within a few years, Ford will offer only two cars in the United States: the Mustang sports car and a new Focus variant with the shape of an SUV, Hackett said. Fiat Chrysler dropped its small and midsize cars in North America two years ago, and has prospered by ramping up sales of trucks and Jeeps.

Ford is planning to introduce several new trucks and SUVs over the next three years. They will be available as both gasoline- and battery-powered versions.

“Ford realized it can’t be everything to everyone, and in today’s market that could be OK,” said Jessica Caldwell, a senior analyst at Edmunds.com, an auto-information website. While SUVs and trucks generate richer profits than cars, Ford will probably lose some market share by exiting the car business, she said.

Just two years ago, Ford was one of the most profitable companies in the global auto industry, thanks in part to robust sales of its aluminum-bodied F-Series pickup trucks. But since then, Ford has been slow to roll out the new sorts of SUVs that have caught favor with American consumers, and it let costs creep higher.

Last May, Ford’s board called on Hackett, a former chief executive of the office furniture-maker Steelcase who had been running Ford’s new businesses related to autonomous vehicles, to whip the company into shape. He has laid out plans to introduced several new SUVs as well as a range of electric vehicles, and until now had given few details on what financial targets he planned to hit, and how.

Ford took steps on Wednesday to bolster its operations in China, a key overseas market, where sales have been flagging. Rather than maintain two dealership networks selling separate lines of Ford vehicles, its China dealers will now sell all Ford products available in the country.