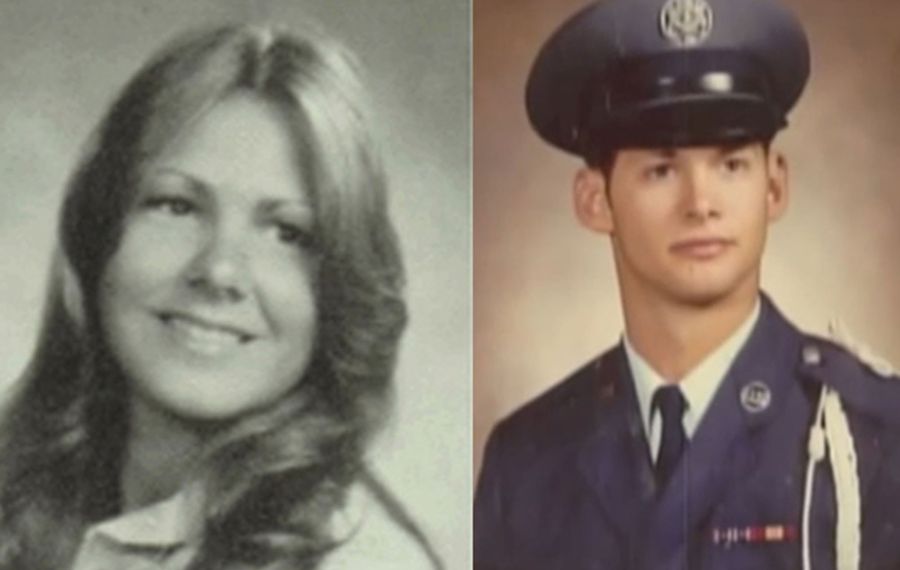 By THOMAS FULLER and CHRISTINE HAUSER

SACRAMENTO, Calif. – It was a rash of sadistic rapes and murders that spread terror throughout California, long before the term was commonly used. The scores of attacks in the 1970s and 1980s went unsolved for more than three decades. But on Wednesday, law enforcement officials said they had finally arrested the notorious Golden State Killer in a tidy suburb of Sacramento.

Joseph James DeAngelo, 72, who was taken into custody outside his home on Tuesday and charged with six counts of murder, had been living undisturbed a half-hour drive from where the 12-year rampage began. He was described as a former police officer, and his time in uniform partly overlapped with many of the crimes he is accused of committing.

The case was cracked in the past week, Sheriff Scott Jones of Sacramento County said Wednesday, when investigators identified DeAngelo and were able to match his DNA with the murders of Lyman and Charlene Smith in Ventura County in 1980.

“We found the needle in the haystack and it was right here in Sacramento,” said Anne Marie Schubert, the Sacramento district attorney, who helped organize a task force two years ago that included investigators from across the state as well as the FBI. A DNA database showed links to other murders in Southern California, authorities said Wednesday.

A series of rapes in an old gold mining area east of Sacramento in 1976 were first linked by authorities for their geographic proximity, the similar description of the rapist – a white male with blond hair who was just under 6 feet tall – and the peculiar and cruel rituals that he inflicted on his victims. His victims included women home alone and women at home with their children. The suspect went on to rape women with their husbands present and then murder them both. He is also thought to have burglarized more than 120 homes. 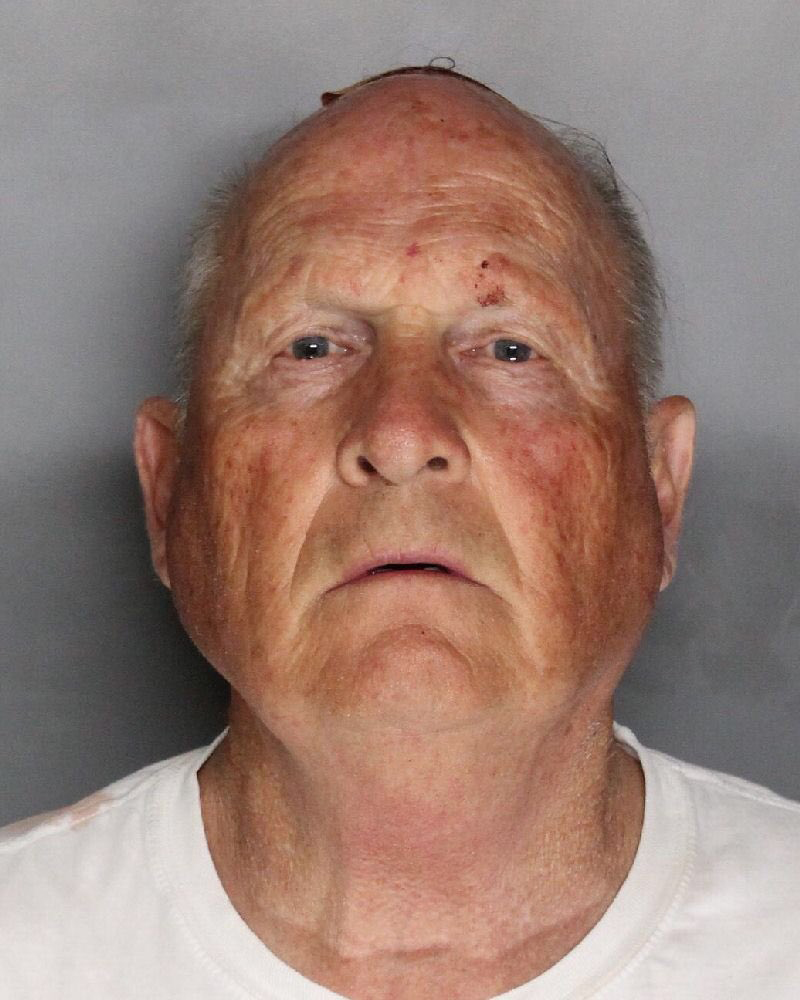 He became an infamous figure, sometimes known as the Golden State Killer and other times as the East Area Rapist and the Original Night Stalker. His planning was meticulous and he seemed to know precise details about his victims’ schedules. They described the gravelly, angry whisper that he used as he tormented them. He wore gloves and a mask and was a predator with quirks: As his victims lay terrified, he would pause for a snack of crackers after raping them. He placed a teacup and saucer on the bodies of some of his victims and threatened them with murder if he heard the ceramic rattle.

With communities panicking – at one point his assaults averaged two victims a month – authorities hired a range of experts to help them break the case, among them a military special forces officer and a psychic.

Then, when the rapes and murders appeared to end in 1986, the case went cold.

National interest was reignited this year with the publication of an exhaustive investigation into the serial killer’s identity, “I’ll Be Gone in the Dark,” written by Michelle McNamara, a crime writer who died in April 2016. The book, published in February, was completed after her death by a journalist and researcher recruited by her husband, comedian Patton Oswalt.

Oswalt spoke about the reported capture on Wednesday in a video posted on Instagram. “I think you got him, Michelle,” he said.

DeAngelo, whom authorities suspect of a total of 12 murders, was arrested by investigators using some of the same tactics employed by the suspect to stalk his victims – police surveilled his movements, studied his routines and pounced when he left his house.

He was arrested on a warrant stemming from the murder of the married couple in Ventura County in Southern California, but authorities said more charges were in the works. The Orange County district attorney’s office announced four additional charges late Wednesday.

Residents of the neighborhoods stalked by the killer said he changed the way they lived their lives. A carefree California lifestyle of open doors and children riding their bicycles to school was forever changed with the knowledge that a rapist now lurked.

“One person can create a lot of fear,” said Tony Rackauckas, the district attorney of Orange County and one of the dozens of officials on hand in Sacramento to announce DeAngelo’s arrest. “It was like terrorism – not that it was done for the same reason – but it caused the same type of fear.”

The case had a profound effect not just on fear and public safety in California, but also on the way that rapes were investigated and how rape victims were treated, said Carol Daly, a detective in the Sacramento County Sheriff’s Office at the time.

Locks sold out at hardware stores and more than 6,000 guns were sold, she said. Community safety forums would be packed with hundreds of people.

Rape victims were seen and cared for faster, and pubic hair, scratches and other evidence were examined and preserved, she said. Rape kits were standardized. “Every victim went through the process,” she said.

Bruce Harrington, whose brother Keith Harrington and sister-in-law Patrice Harrington were among the murder victims, joined law enforcement officers at the news conference. It was “time for the victims to begin to heal,” he said.

“Sleep better tonight, he isn’t coming in through the window,” he said. “He’s now in jail, and he’s history.”

One victim, Jane Carson-Sandler, who was raped in 1976, said on Wednesday that she was overwhelmed with emotion.

Carson-Sandler, 72, said she had always believed that her rapist was alive and that he would be caught. The hatred and anger she felt eventually faded, she said, but she continued to pray for two things each night: that he would be identified, and that she wouldn’t dream about the rape.

She never did dream about it, she said, and on Wednesday morning she turned on her phone to learn that a suspect had been arrested.

“I just feel so blessed that God has finally answered all of our prayers, that this monster would eventually be put behind bars,” she said.

DeAngelo, who has adult children, was twice employed as a police officer in two small California cities: In Exeter, in the Central Valley, from 1973 to 1976, and in Auburn, north of Sacramento, from 1976 to 1979, according to Jones.

He was convicted in 1979 for shoplifting a can of dog repellent and a hammer from a store in Sacramento County. The incident led to his dismissal from the Auburn police force. The arrest came amid the rash of rapes in the area.

One of the neighborhoods where the suspect repeatedly struck was Rancho Cordova, a Sacramento suburb of ranch houses, redwood and birch trees, trim lawns and rose bushes.

In one attack in 1978, Brian and Katie Maggiore, a couple living in the area, were walking their dog in their neighborhood about 9 p.m. After a “violent encounter” with the suspect, they tried to flee, ending up in a private yard, where they were fatally shot, the sheriff’s department said in February, appealing to the public for leads.

Diane Peterson, a retired teacher who lives in Rancho Cordova, said Wednesday that theories about who was behind the rapes and home intrusions had remained a topic of conversation in the neighborhood in the four decades since the attacks began.

“It never totally died down,” Peterson said. “People would have their own suspicions as to who it might be.”

Jean McNeill, a retired employee for the state Board of Equalization who lives near where one of the murders took place, said she was “elated” Wednesday morning when she heard that the suspect might have been captured.

She remembered the terror that the killer instilled in the neighborhood.

“I can remember thinking, ‘It’s getting dark and no one is home with me – I’ve got to be really careful,’” she said. “That’s what made it so frightening. We didn’t know when he was going to strike next.”

After the Maggiore murders, the attacker was not believed to have struck in the Sacramento area again. But in 2001, investigators using DNA evidence linked the crime to others committed in the San Francisco Bay Area, and to murders in Southern California, the sheriff’s office said.

In June 2016, the FBI announced at a news conference that it would offer a $50,000 reward for information leading to the arrest and conviction of the “prolific serial rapist and murderer.”

“We came together to bring solace to the victims,” Sean Ragan, special agent in charge of the Sacramento office for the FBI, said Wednesday. “But we know the pain and anguish has never subsided.”