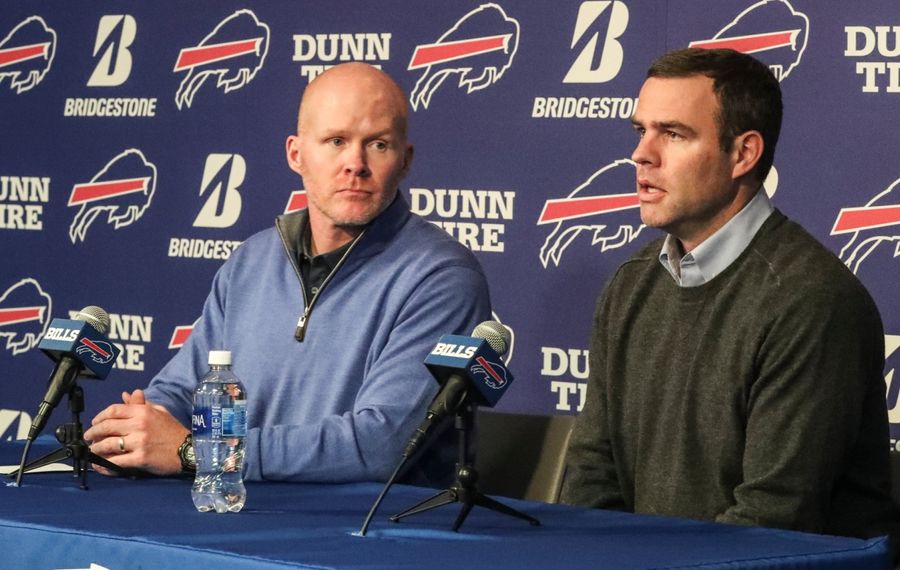 Call it the calm before the storm.

During an interview aired on the team's Facebook page Thursday afternoon, Buffalo Bills General Manager called the amount of trade talk swirling before the first round of the NFL Draft "moderate."

"A lot of it is standard," Beane said. "A lot of it is teams calling either me or (assistant general manager Joe (Schoen), or maybe (coach) Sean (McDermott), just checking in, 'hey, we may have an interest in coming up to 22 if you're there, or coming off of this pick or going back, you know. If you guys are at 12 and you want to come up, we might be interested, we might not, depending on who's on the board.

"It's really not a lot of 'we're ready to do a move,' it's a lot of 'we may be depending on what's on the board-type scenarios.' "

With six picks in the first three rounds of the draft, Beane said the Bills are well positioned to move in any direction they need to.

"It gives us currency, which is power in the draft," he said. "To be able to move around on the board, and when there are players there that we think can be impact players, we'll target them and try to go get them.

"We feel good about our board, where it's at. We've gone through all the scenarios. At 12, later than 12, earlier than 12, just, we're ready for any scenario. It's going to be fun."

The stakes are raised: Bills chasing a face of the franchise in 2018 NFL Draft

The Bills' No. 1 picks: We grade them all