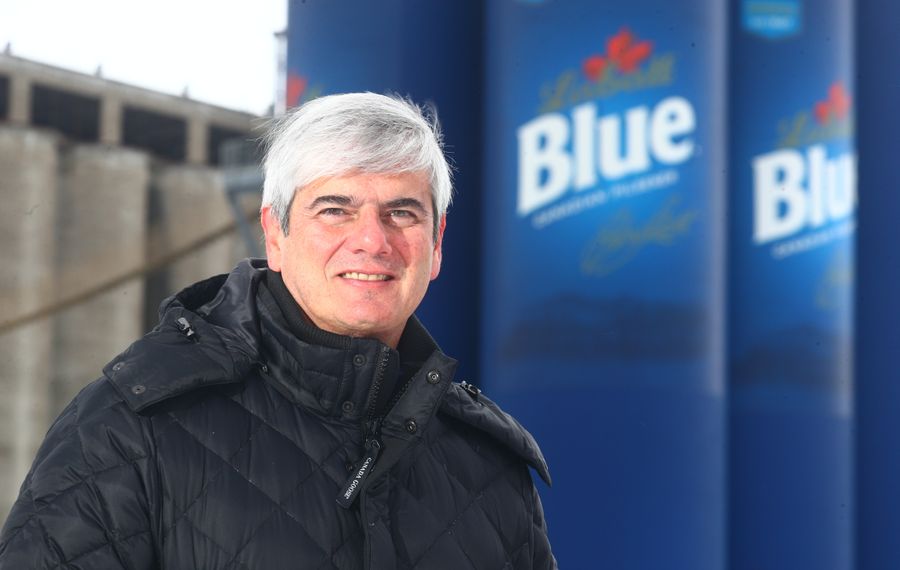 ROCHESTER — This is going to come across like a “Jerry Maguire” moment, minus the part where Tom Cruise’s Jerry stomps out of the office to start his new, better sports agency.

Ramon Mendiola wanted to build his current company into a better one. But FIFCO, the Costa Rica-based beverage behemoth he led, was already doing well. The size of the business had doubled in the previous two years. His board was impressed. He had showed them the money. They were happy.

So Mendiola did what most CEOs – particularly those of stock-conscious publicly traded companies – wouldn't do: He decided to disrupt.

One decade ago, in the midst of the 2008 financial meltdown, Mendiola approached his seven-member board with an idea. He wanted to set daunting new goals for FIFCO around a concept called “triple bottom line,” which measures success not only financially, but also socially and environmentally.

Along with the obvious indicator that he had already been achieving – delivering profits – Mendiola wanted to have the company generating zero solid waste by 2011, be water-neutral by 2012 and carbon neutral by the end of 2017.

“I make these three bold statements,” Mendiola recalled during a visit late last year to Genesee Brewing Co. in Rochester. (In 2012, FIFCO – which is short for Florida Ice & Farm Co – became the parent company of North American Breweries, which owns both Genesee in Rochester and Labatt USA in Buffalo.) “I did not have the answers how to get there, to be quite honest.”

But he had some ideas.

Mendiola, a 54-year-old who is married with three boys, is an expressive, affable guy. He has wavy gray hair, a sweeping smile and a voice that swells when he talks about what he has done with FIFCO.

His moonshot pitch to the FIFCO board was borne from a conversation he had with one of his top executives, Gisela Sanchez, whom he hired in the summer of 2008. Sanchez possesses a social view of capitalism. She grew up poor in Costa Rica; to her, poverty is the responsibility of all society, and business needs to be part of the solution.

Sanchez told Mendiola about the triple bottom line philosophy, which gives environmental and social outcomes the same weight as financial results. It was conceived by a British business researcher and consultant, John Elkington, in the 1990s.

“It’s a way to be consistent and tell the world – and the other companies around us – that we’re serious,” Sanchez recalled telling Mendiola. “This is not about giving away money, but about creating a competitive advantage.”

“I’m in,” Mendiola replied. “I don’t have all the details, but I will support you.”

Sanchez, speaking by phone from Costa Rica, admits her immediate, unspoken reaction was, "Yeah, whatever. We’re going to do little pet projects." She ran some diagnostics and told Sanchez that FIFCO was putting 1 percent of profits into social investments.

“What is the best benchmark?” Mendiola asked.

“In a few years, we’re going to be there,” Mendiola promised.

But first, he had a board to convince.

The biggest hurdle was FIFCO’s compensation model. At the time, the variable compensation FIFCO paid to executives was based on traditional economic indicators such as profit, market share and customer satisfaction. Mendiola wanted to shift it to be tied to the triple bottom line. That meant the variable pay for FIFCO executives – 60 percent for him; 50 percent for his top executives – would be tied not only those widely accepted indicators, but also to social and environmental performance.

“It requires a lot of guts to do that,” Mendiola said. “You have to grow the business, but my thesis is there are no trade-offs between any of those. You can improve your financial performance and at the same time, do the right things.”

One of the board members, who is a New York banker, astutely pointed out the risks of changing a compensation model in the midst of a financial crisis. Mendiola countered that by “doing the right things, we’ll get the higher motivation of our employees,” as well as more support from communities and government, who hold heavy sway with their ability to tax alcohol and sugar-based drinks, which are a FIFCO staple.

Mendiola approaches business as something noble — something that can change lives, and save them, too. He talks passionately about distributing wealth “in a better way,” and the “amazing role” the private sector can play in resolving problems that have traditionally been the responsibility of government.

“He is a very natural leader, very caretaking, and a leader who really cares not just about the bottom line, but about the impact he is having on people and of course on the planet,” said his friend Raj Sisodia, who profiled Mendiola in his new book, “Conscious Capitalism Field Guide.”

But Mendiola admits he started triple bottom line not simply out of goodness, but also out of another primal instinct.

“I started it out of fear,” he said. “I was afraid, initially, of more regulations, more laws, more taxation, especially related to the alcohol business. I saw what happened in tobacco, and I was very sensitive. I said, ‘This is coming.’ ”

Fear is a strong motivator for companies to take a more social approach. In an email interview with The News, triple bottom line creator Elkington recalled a conversation nearly two decades ago with a scion of the Ford Motor Co.

“I recall talking to Bill Ford when we were working with Ford around the turn of the century,” Elkington said. “He was concerned that court cases and class actions would be directed at auto companies over emissions in the same way that the tobacco industry had been hit for hundreds of billions of dollars. The first cases came within a few years — and now we have cities like San Francisco/Oakland, New York and possibly also Paris following the same path.”

An eye on tobacco

Mendiola took note of the regulations levied on the tobacco industry, in particular, and tried to stay ahead of those in the areas where FIFCO sold vices — namely, sugar and alcohol.

In South America, where FIFCO has a large soda business, Mendiola proactively told regulators that he would voluntarily cut sugar content in many of his products. Then he did it, quietly, without any public relations fanfare. Over the course of a couple years, that helped to alter consumers’ tastes before they even realized there was a change.

In Costa Rica, FIFCO studied alcohol consumption patterns and found an alarming pattern: The average consumer was drinking on Fridays and Saturdays, and had a whopping five drinks at a time.

That drunkenness presumably contributed to an already-growing drinking-and-driving problem. Mendiola worked with government officials there – and eventually with brewers and officials in other Latin American countries – to promote a different drinking pattern: A couple drinks at a time, but a few nights per week. That would cut down on inebriation, and also allowed FIFCO to try to increase its per capita consumption with a clearer conscience.

The proactive approach to working with regulators has been effective. “Since I joined the company 14 years ago, I have not had a one-penny increase in my taxation,” Mendiola said late last year. “My conversation with Congress is, ‘Ramon, what are you guys doing now? Tell me.’ That’s the kind of conversations we want to have with Congress. Or, ‘Ramon, can you help me with this industry?’ ”

Ten years after Mendiola delivered his “Jerry Maguire” idea to the board, their reaction is different.

“Ask them today,” Mendiola said, “they are the most proud people.” 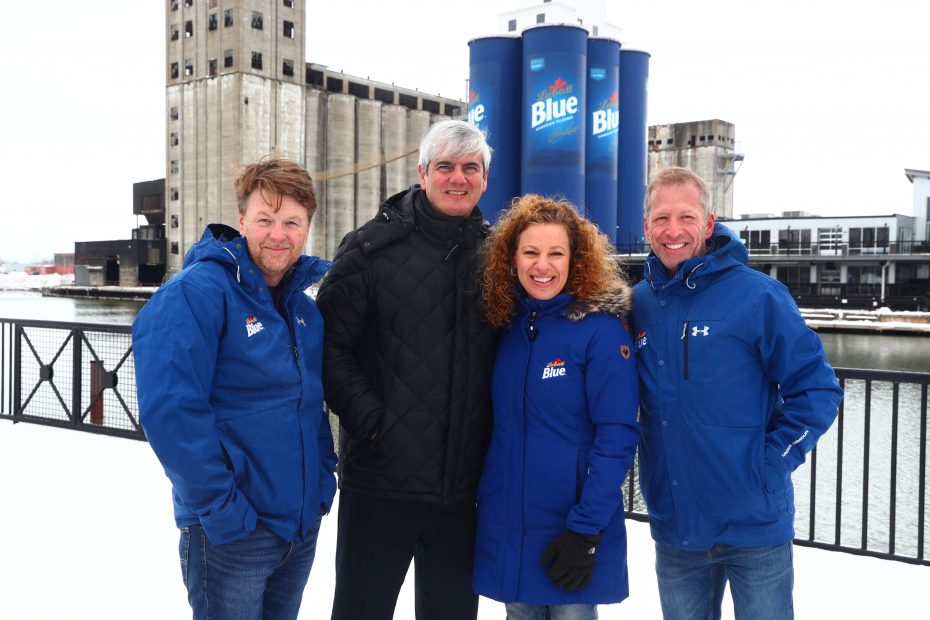 That’s because FIFCO has hit each of its goals: generating zero solid waste by 2011, be water-neutral by 2012 and carbon neutral by the end of 2017.

The company has both remained profitable and grown. The acquisition of North American Breweries six years ago added several brands to its portfolio, including Genesee and Labatt, as well as Magic Hat and Seagram’s Escapes, among others.

FIFCO is giving more, too. Mendiola delivered on his promise to Sanchez to raise FIFCO’s 1-percent giving to 8 percent. In the last couple of years, FIFCO has devoted between 7.5 percent and 8.5 percent of his profits to social and strategic investments.

“The performance of the company, thank God, has been fantastic for us,” Mendiola said. “I think by doing the right things, by engaging with your employees in a different way, by taking care of your footprints, your performance will come.”

FIFCO’s two Western New York business units are starting to see the full effects of  the conscious-business strategy. A recently completed $40 million modernization of the Genesee brewery in Rochester allows more flexibility in making different styles of beer while reducing the amount of water waste. Steve Kaplan, Genesee’s head brewmaster, said under the company’s former owner, the investment firm KPS Capital Partners, “this project would have been a stretch.”

KPS was streamlining North American Breweries’ operations to prepare the company for sale. As Kaplan describes it, upstate New York has “the best water source in the world. It’s stable, it’s abundant, it’s clean and it’s very inexpensive in upstate New York. Under our former owners, getting any water savings projects approved from an ROI (return on investment) perspective was damn near impossible because the cost of water was so cheap.”

But for FIFCO, saving water carries weight as well as saving money. This is part of what Mendiola describes as being a “purpose-driven company.” A few years ago, Mendiola took a handful of his top executives to a mountaintop retreat in Costa Rica, where they spent three days talking about FIFCO’s mission.

“We were literally sucked in in the clouds,” said Glen Tibbits, a North American Breweries general manager who oversees both Labatt and Genesee. They sat in a circle, talking and brainstorming, and emerged with a mission: "We bring a better way of living to the world.”

The intent is nice; the words, simple. But think about the meaning: How can a company largely driven by alcohol sales deliver a “better way” of living?

“We left that mountaintop that day saying, ‘We all pledge, as leaders in this company, to use the collective power of the organization to drive positive change through the communities where we do business,’ ” Tibbits said.

Labatt is committing development dollars to Buffalo: In 2018, the company is opening a test brewery in Buffalo’s Cobblestone District. The project, tentatively called the John Labatt House, will be the anchor tenant in a five-story warehouse being redeveloped by Pegula Sports and Entertainment.

FIFCO also has a community service initiative that spans all of its business units, which range from Imperial beer in South America to Magic Hat to Labatt and Genesee here: By 2020 FIFCO wants to have devoted 1 million hours of community service by both its 6,500-plus employees as well as customers, shareholders and suppliers.

Labatt works closely with the Buffalo Niagara Waterkeeper to support the organization’s ongoing cleanup of the  Niagara River, and Genesee works closely with neighborhood groups to provide community support near its brewery just outside downtown Rochester.

Then there’s that other thing business folks like to talk about:

There’s a plan for that, too. By 2020, FIFCO wants to double the size of its business, which today generates $1.2 billion in revenue.

“When you make public commitments, there is no way back,” Mendiola said. “All of your business decisions, at the end of the day, will have to be aligned with that.”