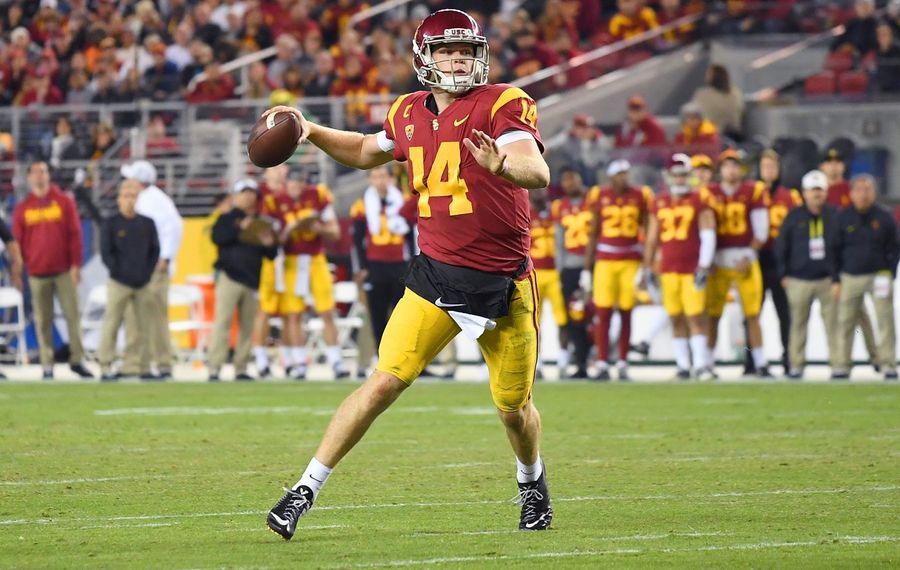 "I wish I could have thrown better at that workout," Darnold said Wednesday of the session he had in front of coach Sean McDermott, General Manager Brandon Beane and other club officials in Los Angeles. "Not my best day throwing, but I completed most of my footballs. It wasn't a huge deal, but could have thrown better. But I threw it really well. I was consistent, accurate. The ball just wasn't spinning the way it usually does, which was a bummer, but it's nothing crazy."

"It was fun, being able to throw in front of those people," Darnold said.

He said he liked the limited look he had at the Bills' offense.

"They just gave me a condensed playbook and I had to learn it," Darnold said. "They didn't obviously give me a lot, but I think they have a really great system there. What they were able to do last year, I thought they did a really good job of moving the ball. I think all these teams are doing such a great job in terms of the system and what do and what not to do, especially learning from each other. Most of these teams do some of the same stuff, but other than that, it's pretty consistent throughout the league on what everyone's kind of doing offensively."

Path to the Passer series: An in-depth look at the process of picking a QB