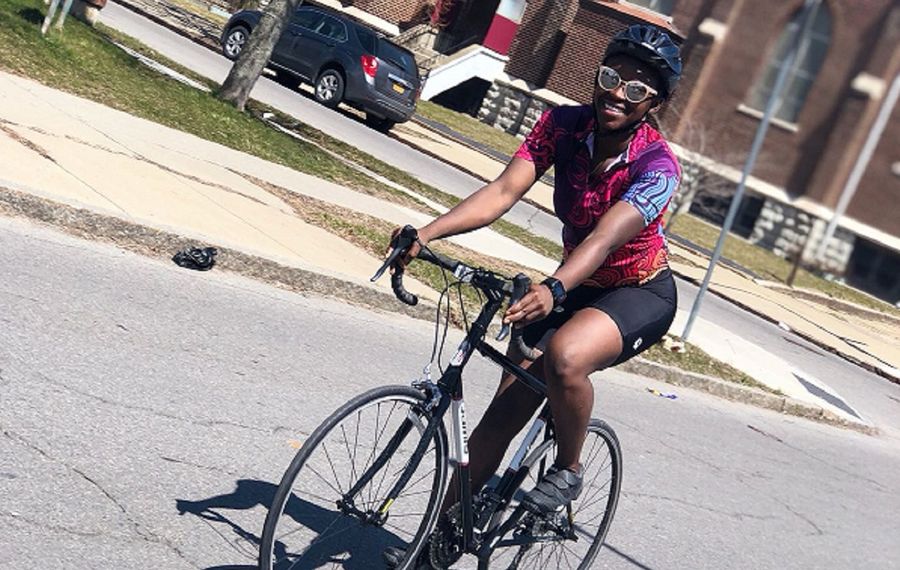 Oluwakemi Mogaji has only been riding a bike for two years but the 24-year-old graduate student is undaunted by an upcoming 4,000-mile ride from Baltimore to Seattle.

Mogaji, who friends and family call Kemi, harbors an adventurous spirit that began to flourish even before she and her family emigrated eight years ago from Nigeria to Syracuse.

She is pursuing a career as a physician assistant at D'Youville College in Buffalo and riding for a noble cause: to raise money for the Ulman Cancer Fund for Young Adults.

"When you hear about cancer, you hear mostly about really young kids or older people," Mogaji said. "It's not easy for young adults with cancer or if one of their parents has been diagnosed with cancer. It can have a big impact."

Mogaji is among dozens of college-aged volunteers who will raise money in the coming months during bicycle rides and runs that flow out of the fund's headquarters city. She is one of 29 who have chosen the longest route – a 70-day journey that will include daily rides of 60 miles or more.

She has raised about two-thirds of the $4,500 in donations she looks to collect by mid-May, in advance of the start on June 3, and will host a Zumbathon fundraiser from noon to 2 p.m. Sunday at D'Youville College Center gym, 320 Porter Ave.

Tickets cost $10 for the fundraiser and are available online at goo.gl/YPDmzQ or at the door. Others looking to donate to her cause can do so by finding her name at under the letter "O" at 4kforcancer.org/2018-participants.

Clara Davie, a D'Youville assistant biology professor who volunteers her time to teach Zumba at the school, will lead the class along with Elizabeth Heiser Graham and D'Youville student Madison Marciniak. 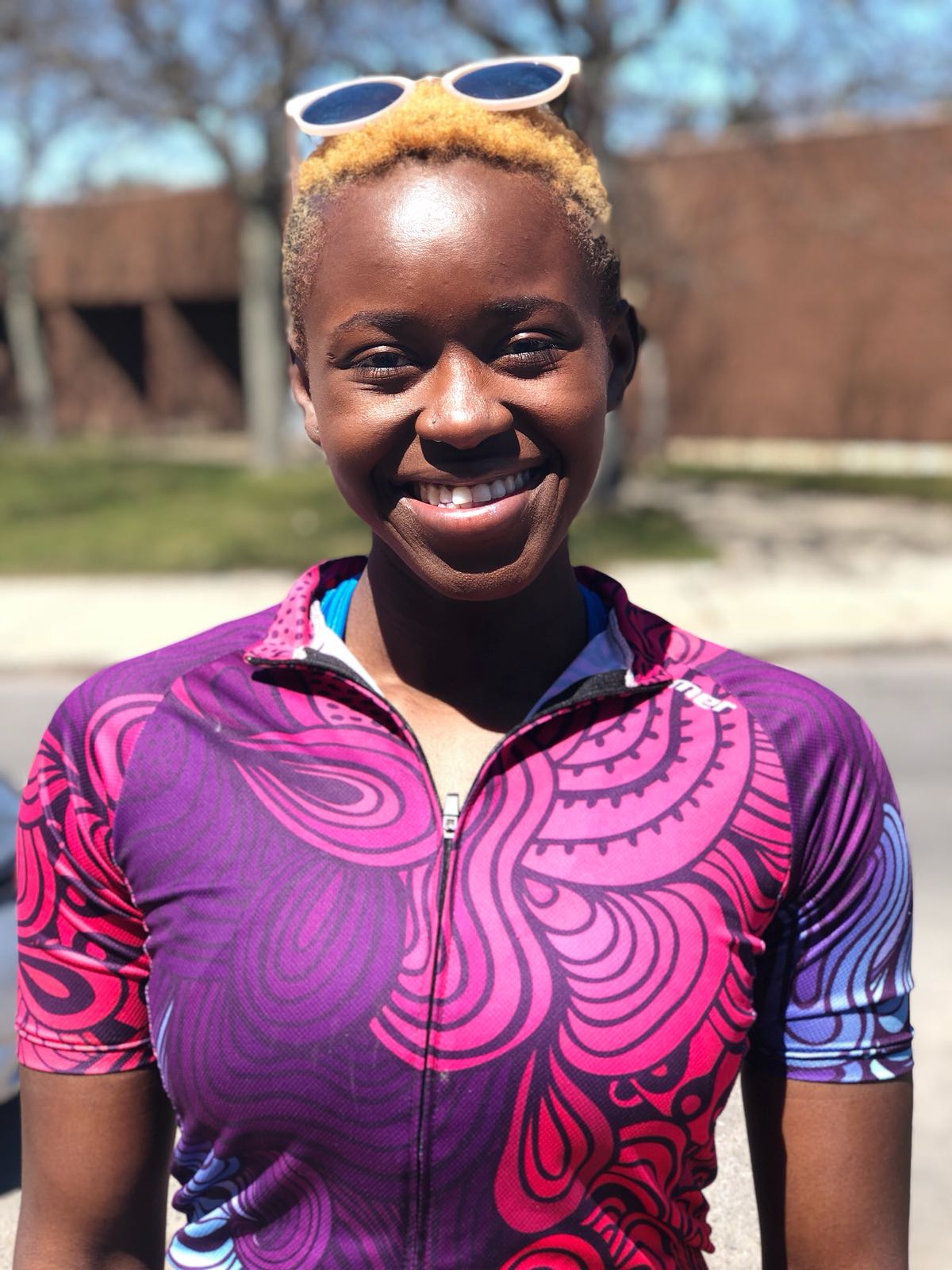 Oluwakemi Mogaji is studying to become a physician assistant. She looks to work in an underserved community.

Mogaji grew up in a quiet neighborhood in Lagos, Nigeria, the largest city in Africa, with about 21 million residents. She struggled at times with health conditions that included malaria and cholera. "Everyone in Nigeria has had malaria," she said.

She learned about the Ulman Cancer Fund from a friend while an undergraduate at SUNY Oswego State. It was about the same time her sister, Mushrafat, 15, showed her how to ride a bike.

The cancer fund provides support to young adults impacted by cancer – a disease its leaders believe nobody, including young people, should face alone. Its cross-country bike ride will provide scholarships to almost three dozen college students to ease their financial burden as they face cancer-related challenges.

"Each of us as a rider gets to review the applications for the kids that apply," Mogaji said. "It's good because we all get involved."

She is one of 10 "leg leaders" who has helped arrange lodging at places that include YMCAs, gyms and homes.

"We just need a place to put our heads down," she said, "and some of them are so nice, they'll feed us and give us a place to shower. They'll take us around their communities if they have time."

The more mechanically inclined riders will fix flat tires and other breakdowns along the way.

Mogaji has a fitness regimen that includes yoga, spinning and distance running. She has participated in half marathons in Buffalo and Syracuse, and will run the Buffalo Half next month as she prepares for her upcoming ride. She gets to and from school and most other places on foot or by bike.

All the cancer fund riders already have connected on social media. They come from different places and have differing backgrounds, Mogaji said, but share an active lifestyle and desire to help others.

Many will ride in honor or memory of loved ones.

"I don't have anybody in my family who's had cancer, but I've had close friends with relatives who have cancer or who've passed away from cancer," Mogaji said. "Cancer sucks."

Mogaji will be doing clinical work in Western New York next summer, so knew this would be the year to undertake her next adventure.

She expects it will the latest in a string of learning experiences as she chases her health care degree.

"My main focus," she said, "is to work in an underserved community."