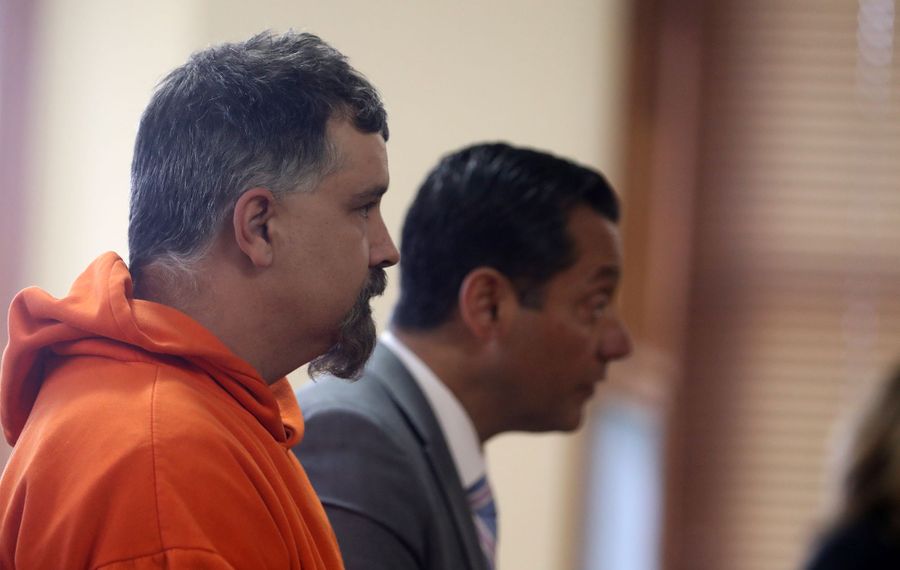 For more than 24 years, North Tonawanda High School alumna Jennifer Chiaravalle wondered if police would ever get enough evidence to arrest the person who murdered her close friend and classmate, Mandy Steingasser.

During all that time, Chiaravalle said she has heard only one name as a potential suspect –  Joseph H. Belstadt, the last person to be seen with Steingasser on the night she disappeared in September 1993.

On Wednesday afternoon, Belstadt, now 43, was arraigned in Niagara County Court on a charge of second-degree murder in connection with Steingasser's death.

[Related: "When I found out Wednesday that an arrest had been made," writes The News' Samantha Christmann, a classmate of Steingasser's, "my hands were shaking"]

Chiaravalle said she was "relieved and thankful" to learn of the arrest, which happened Tuesday night outside Belstadt's Town of Tonawanda home.

"I was overcome with emotion, very excited and crying at the same time," Chiaravalle told The Buffalo News on Wednesday. "Hearing about the arrest brought back all the memories from a very sad time in my life."

North Tonawanda police said Belstadt has been a suspect since the earliest days of the investigation, but over the decades, he repeatedly denied any wrongdoing, under questioning by detectives and in two interviews with The Buffalo News. 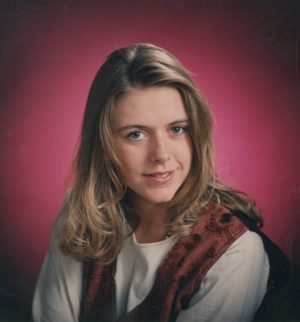 Mandy Steingasser, 17, a North Tonawanda High School senior, disappeared early on Sept. 20, 1993, after a night of partying with friends.

Police said Steingasser was murdered Sept. 20, 1993, after she accepted a ride from Belstadt at about 1:30 a.m. after Steingasser had spent a night partying with friends. She was last seen alive getting into his car at Fifth Avenue and Oliver Street in North Tonawanda. Her body – bearing heavy wounds to the head and neck – was found five weeks later in Bond Lake Park in Lewiston.

Belstadt, employed as a tow truck driver, was arrested by North Tonawanda police Tuesday night outside his Town of Tonawanda home a few blocks away from the intersection of Brighton Road and Colvin Boulevard.

Although he acknowledged that the case still has to be proven in court, no one was happier about the arrest than retired North Tonawanda detective chief Gabriel DiBernardo, who called the Steingasser murder the most frustrating and upsetting case of his more than 35-year career.

"For years, I have prayed for this," DiBernardo told The Buffalo News on Wednesday. "Every night, I would pray for my own two daughters and then say a prayer for Mandy. I knew this beautiful little girl. I knew her family. Her father was my friend for 50 years."

"This is great news … I call it justice for Mandy," said Glenn Gardner, a retired North Tonawanda detective who also worked on the case for years. "Hearing about the arrest was kind of numbing for me. So many of us worked on this case for years. It meant a lot to me because it was a terrible crime that happened in our community, and also because Mandy was a friend of my daughter's in high school."

Similar comments came from two other retired detectives who worked on the case, Jack Dierdorf and Edward Schintzius.

Belstadt pleaded not guilty Wednesday afternoon to the one-count indictment before Niagara County Judge Sara Sheldon, who set his bail at $250,000 cash bail and scheduled his trial to begin Sept. 10. Belstadt was arraigned on his 43rd birthday.

"This case was always a strong circumstantial evidence case," Niagara County District Attorney Caroline A. Wojtaszek said in court. "We now have new forensic evidence tying this defendant to this case."

She did not disclose what that new evidence was.

Wojtaszek said Belstadt was the last person seen with Steingasser, who entered his car on Oliver Street in North Tonawanda at about 1:20 a.m.

"In our opinion, he made up a fictitious story of dropping off the victim at some steps on Oliver Street," Wojtaszek said. She said the person Belstadt allegedly left the girl with was "a composite of some people he knew."

Wojtaszek said Belstadt "has no alibi" for the time between 1 and 4 a.m., when Steingasser was believed to have been killed.

"He asked three people to lie for him and make up an alibi that he was in Canada," Wojtaszek said. Some actually did so, but she said they dropped that story when police pressured them.

Between 2 and 2:30 a.m., Belstadt was seen coming back from a car wash, "having washed his car inside and out," Wojtaszek said. 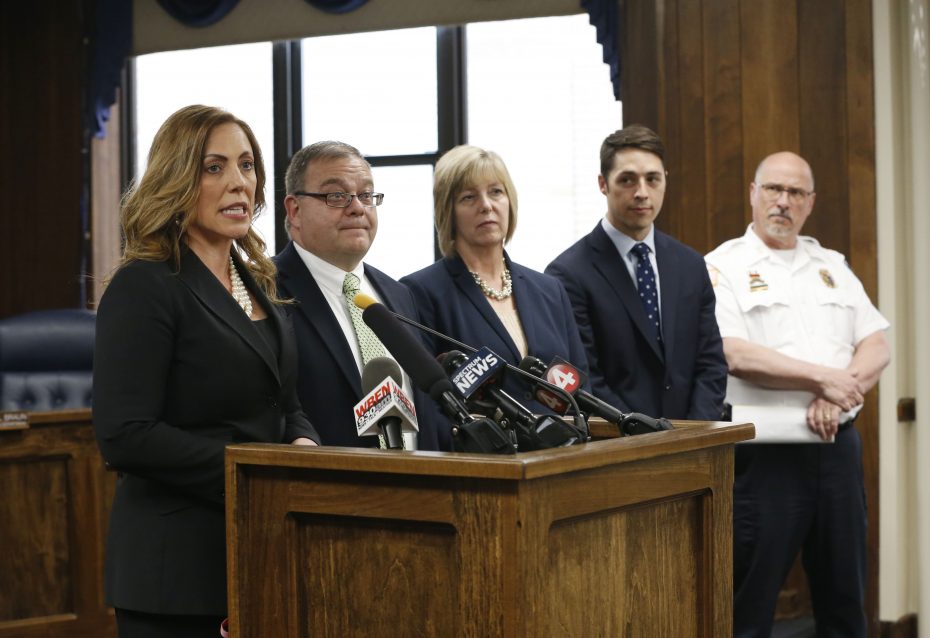 North Tonawanda Police Capt. Thomas Krantz said that Belstadt was arrested at about 6:10 p.m. Tuesday by officers who approached Belstadt's car as he returned home from work. Wojtaszek said Belstadt rolled up his windows and locked the car doors until he was told that would make no difference to whether or not he was arrested.

Assistant Public Defender Dominic H. Saraceno, who appeared in court with Belstadt, said Belstadt received a letter six or seven months ago informing him that the probe was being reopened.

"If he was going to abscond, he could have absconded then," Saraceno said. "He didn't run. He stayed here."

Saraceno said he didn't know anything about the new forensic evidence yet, but he doubted that the circumstantial evidence was as good as Wojtaszek claimed.

"I think if it were that strong, one of the last two DAs would have decided to charge this case," Saraceno said.

"This case was a priority from the moment I took office as district attorney and underscores our commitment to unsolved crimes in Niagara County," Wojtaszek said at a 3 p.m. news conference at the North Tonawanda Police Department. "We leave no one behind."

She declined to comment when asked if DNA evidence was instrumental in the arrest. She also declined to say whether Belstadt has given any statement to police or made any admissions.

Wojtaszek said Belstadt served two years in prison for a 1996 third-degree arson conviction, but violated parole twice and didn't complete his sentence until 2004. She said Belstadt also has a youthful offender case on his record.

North Tonawanda Police worked on the case for decades under DiBernardo, and later, under Krantz. State Police, FBI agents, Niagara County Sheriff's deputies and other agencies have assisted in the probe. Wojtaszek also thanked police from the Town of Tonawanda, City of Tonawanda and Amherst for their assistance. 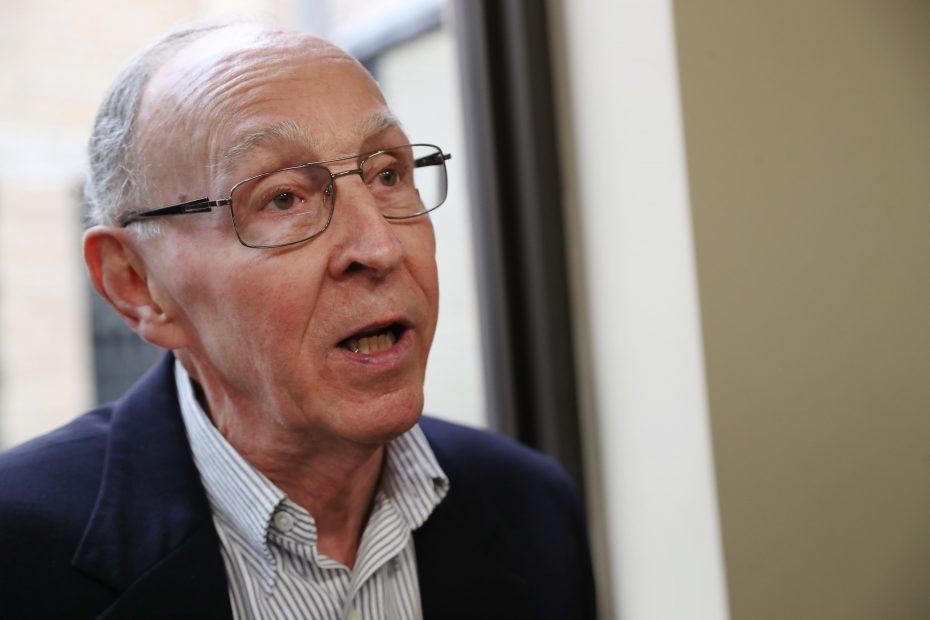 Gabriel DiBernardo, retired North Tonawanda Police chief of detectives at the time of Mandy's murder, was very relieved by the arrest and talked about how this case has haunted him for the past 25 years. (Sharon Cantillon/Buffalo News)

Among the current and former police officers in the courtroom for the arraignment was the retired Schintzius, 73.

"I'm very happy that it's come to this conclusion, but it's a difficult time for the family, and also all the investigators that worked on this all these years," Schintzius said. "This is something they'll never forget."

He added: "This is just one step. There's still a trial ahead."

She recalled a "very strange, very intense" atmosphere in the school, with students knowing that one of their classmates had been murdered and that another was the prime suspect.

"The arrest came as a total surprise, even though we'd been hearing for years that he was the suspect," Clark-Wolentarski said. "We always heard that the police were sure he did it, but couldn't come up with enough evidence."

Steingasser's late father, Richard, talked to The News about the case in 2000.

"I try not to think about it. I know we're never going to get her back. You got to get on with your life," he said. "I try to keep it out of my mind, but there are 20 things that happen every day to remind me of her. The memories keep coming back."

Belstadt spoke to a News reporter about the investigation in 2000 and again in 2016. During both interviews, he vehemently denied killing Steingasser.

"I've been through pure hell with this over the years," Belstadt said in 2016. "I have a wife, I have young kids now. Was I a screwup back in the day? Yes, I was, but I never did anything on this order."