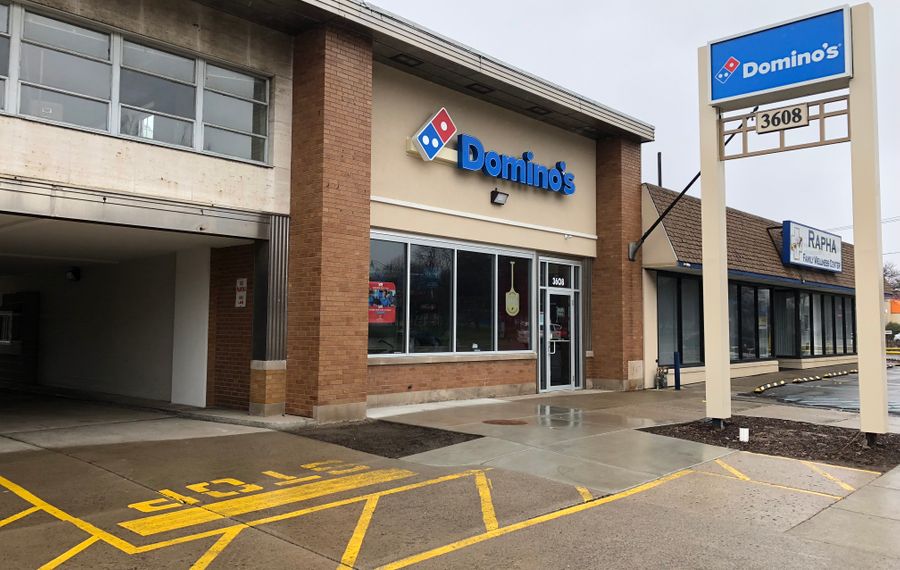 A Domino's Pizza that will feature a drive-thru for customers to pick up their food without leaving their cars has opened in Amherst across from the University at Buffalo South Campus.

The relocated Domino's restaurant at 3608 Main St. opened this month. An employee said the drive-thru isn't in use yet but should open within a month.

The drive-thru won't have an outdoor speaker or order box. Domino's customers can call ahead or order online and then pick up their food without going into the restaurant.

The Domino's sits between Speaker Shop and Dunkin' Donuts, just east of Springville Avenue. Traffic enters the lot from Springville and exit onto Main Street.

Domino's is leasing from Benderson Development Co. The building is a former First Federal Bank that sat vacant for 15 years, and Domino's will use the existing drive-up, pick-up teller window.

There are nine Domino's restaurants in the greater Buffalo area. The University Heights Domino's will be the second to get a drive-through, following a restaurant in Lockport that opened in December, according to the company.