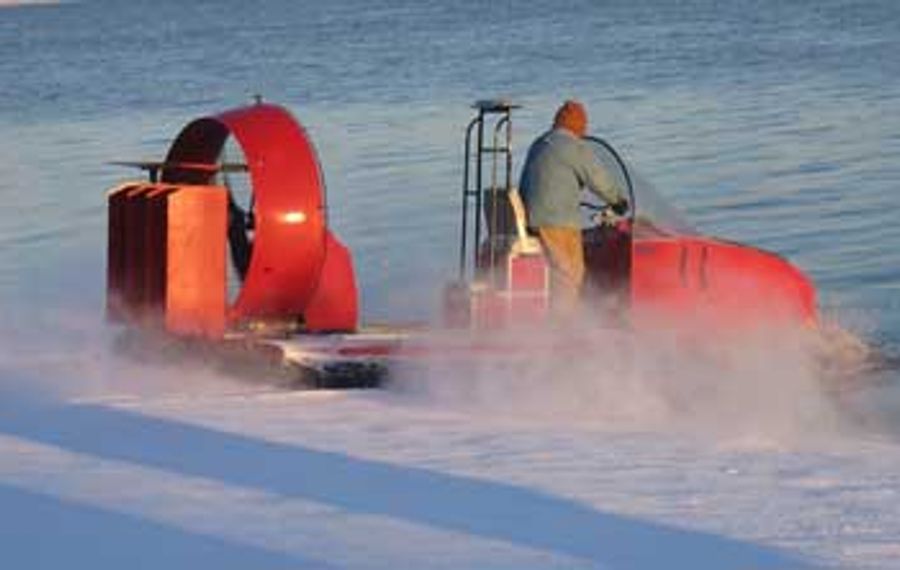 Cheektowaga lawmakers Tuesday night approved the sale of an underused $70,000 hovercraft to the company that manufactured it.

"I think it was a bad investment," said Kaminski, during a break between the Town Board work session and regular meeting. "I think it had 30 hours on it."

Highway Superintendent Mark Wegner defended the town's purchase of the hovercraft in 2011.

"We spent days in Air One [the Erie County Sheriff's Department helicopter] mapping creeks and the portions that were not accessible due to erosion and downed trees," said Wegner. "We had no way to get to these areas to clear them; that's why we purchased the hovercraft. It wasn't like I just bought toy and said: 'Let's go have fun.'"

Cheektowaga's creeks – including Ellicott, Scajaquada, Cayuga, Slate Bottom – can swell with rain to depths topping 15 feet making navigations difficult, said Wegner, who pointed to the drowning death in 2011 of a 72-year-old woman who drove her car into Scajaquada Creek.

Deputy Supervisor Timothy J. Meyers was not on the Town Board in 2011, but said a problem with the hovercraft was the lack of launch pads. "The problem was, they couldn't find a place to launch it." Meyers said. "Trees had to be removed, an engineering study had to be commissioned and the DEC [Department of Environmental Conservation] needed to sign off on it."

Former councilwoman Alice Magierski – speaking at Tuesday's meeting during the public comment period –  suggested Cheektowaga use the money from the sale of the hovercraft for youth and recreation programming.

After questioning from Councilman Brian Nowak, it was determined the funds must stay in the Highway Department. The revenue could be shifted for youth and recreation programs during the 2019 budget process.

It wasn't the first time the town tried to unload the hovercraft, an industrial-commercial model with a four-stroke engine. In 2015, the Highway Department put the hovercraft up for auction, but the craft failed to draw an acceptable sale price, said Supervisor Diane Benczkowski.

"It sat for three years and the town doubled the price," said Meyers. "At some point, you have to cut your losses."

Universal Hovercraft was founded in 1967 by an aeronautical engineer determined to produce hovercraft that were simple to operate, performed well and achieve low operating costs, stated the company website.

The hovercraft was sold with a trailer.