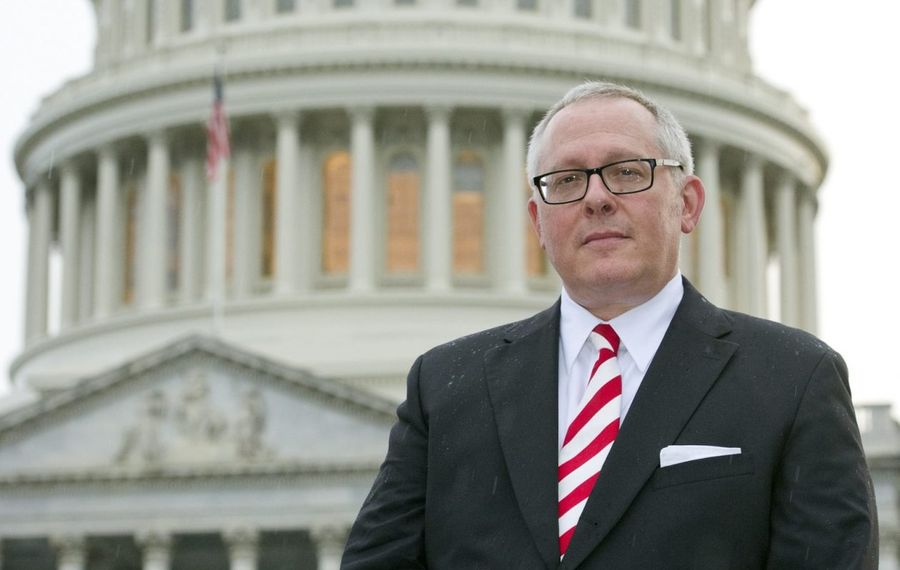 WASHINGTON – Friends and allies of Michael R. Caputo have set up a legal defense fund and a GoFundMe page to help defray the legal expenses the East Aurora political consultant is incurring in the investigations into Russian meddling in the 2016 presidential election.

"Mike's incurring a great deal of legal expenses," Ralph C. Lorigo, who is spearheading the trust account that has been set up to help Caputo pay his legal bills, said Tuesday.

"I wanted to help because, in my opinion, Mike is a patriot," said Lorigo, chairman of the Erie County Conservative Party. "He's doing what needs to be done ... He's going to defend the president, and I think that's extremely laudable."

The legal fund's website, featuring a photo of Caputo standing before a photoshopped billboard that says "Michael Caputo Legal Defense Fund," notes that the political consultant's legal expenses could surpass $125,000.

Caputo worked for the Donald Trump presidential campaign in late 2015 and early 2016. That fact and his earlier career have drawn the interest of investigators.

He worked in Russia on political campaigns in the 1990s and has had professional ties with Paul Manafort,  the former Trump campaign manager now charged with fraud.

Caputo has already testified before the House Intelligence Committee, and the Senate Intelligence and Judiciary committees have also said they want to speak with Caputo.

And Caputo has also repeatedly said on WBEN radio that he expects to be called for an interview at the office of special counsel Robert Mueller.

[From the archives: The radical adventures of conservative radio host Mike Caputo]

Caputo has consistently denied witnessing any ties between the 2016 Donald Trump presidential campaign and any Russian interests while working for the Trump campaign.

"From the day President Trump announced his candidacy until Inauguration Day, to my knowledge I never spoke about his campaign with anyone remotely associated with the Russian government," Caputo told the House Intelligence Committee last July. "At no time did I ever talk about Russian contacts with any member of the campaign. I certainly did not hear talk of collusion with Russia or any foreign nation."

But with Caputo likely to have to travel to Washington for more interviews, some big names have lined up behind the effort to raise money for him.

"Even though Mike is not a target of the investigation, this is very tough," Lorigo said of the ongoing questioning Caputo is likely to face. "If they don't come for an interview, they can subpoena you."

Lorigo created the trust account – to which people can donate anonymously – because some donors might be reluctant to give money on a GoFundMe page, where donors are listed publicly.

The trust account is expected to accept larger donations while smaller donations go to the GoFundMe page, which was the brainchild of Danielle Letina of Willard, in Seneca County.

"I'm not a political activist; I'm not a scam artist," Letina said on that first GoFundMe page. "Just a regular citizen sick to death of the political nonsense in our country. Michael Caputo is the most recent victim of our government's attempt at fear-mongering and smoke and mirrors."

"For a woman to stand up and put up a GoFundMe together for me – I find that very flattering," Caputo said.

He said he assisted in putting together the web page for the new effort, even though he has long been reluctant to start a fundraising campaign for his legal bills.

"A tin cup is not a good look in my industry," Caputo added.