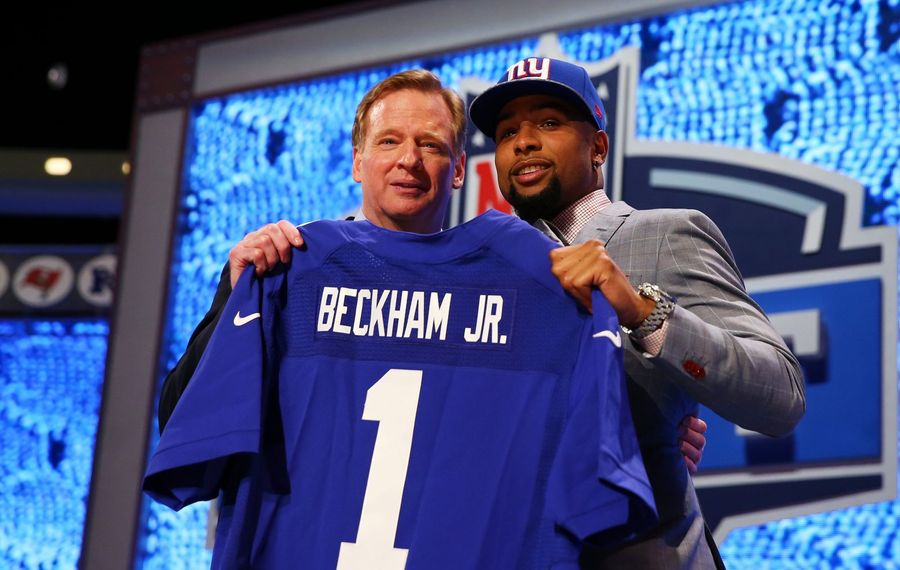 Here’s a look at the past 10 players to be picked 12th overall:

2017: Deshaun Watson, QB, Houston Texans. Tom Savage was named the team’s starter out of camp, but Watson replaced him at halftime of Week 1 and was on fire for the first two months before suffering a season-ending ACL tear in practice.

2015: Danny Shelton, NT, Cleveland Browns: Has started all three seasons since being drafted. Struggled as a rookie but has been solid since.

2014: Odell Beckham, WR, New York Giants: Made the Pro Bowl in first three seasons but has a reputation for being a prima donna. Ranked ninth in receiving yards from 2014-16 but was injured most of last year.

2013: D.J. Hayden, DB, Oakland Raiders: Struggled to hold a starting job with the Raiders and moved on to the Lions after his rookie contract expired. Made one start last season. Three career interceptions, 35 passes defended.

2012: Fletcher Cox, DT, Philadelphia Eagles: A top defensive tackle in the league who has only missed two starts in the last five seasons. Last year he anchored the Eagles’ defense en route to a Super Bowl title.

2010: Ryan Mathews, RB, San Diego Chargers: A promising runner who was held back by frequent injuries. Spent two years with the Eagles after five in San Diego and recorded two 1,000-yard seasons.

2009: Knowshon Moreno, RB, Denver Broncos: See above. The often-injured Moreno was good when healthy, topping 1,000 yards in 2013, but was out of the league after six seasons, including a short stint in Miami.

2008: Ryan Clady, OT, Denver Broncos: Made four Pro Bowls and was twice named first-team All-Pro. Started every game his first five years in the league. Retired after the 2016 season.