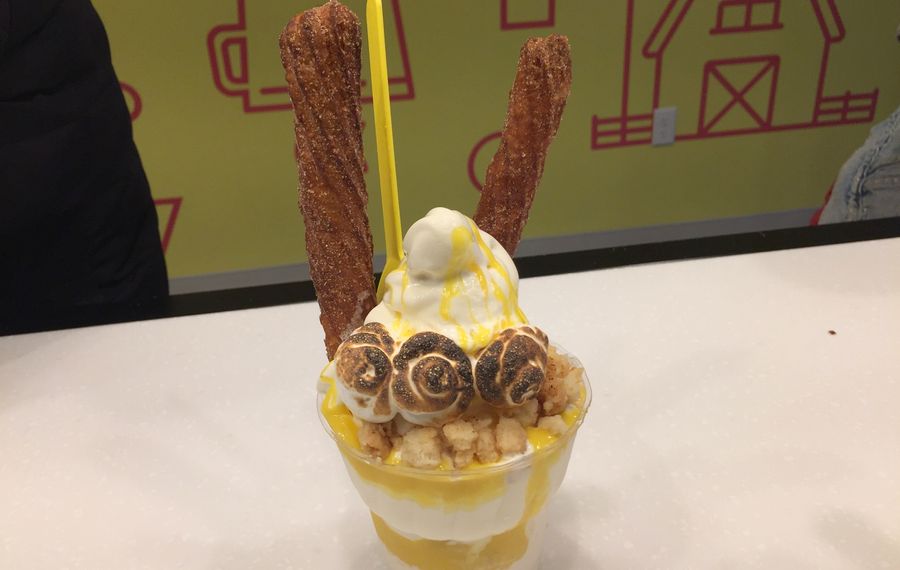 The soft-serve ice cream place, from the Lloyd Taco Factory people next door, was already using custom ice cream base made from premium milk.

That wasn't enough to keep the store, at 1501 Hertel Ave., crowded. Occasional crunchy crystals in the ice cream didn't help.

Over the winter, the Lloyd brain trust reached back into history and chose churros as the answer. 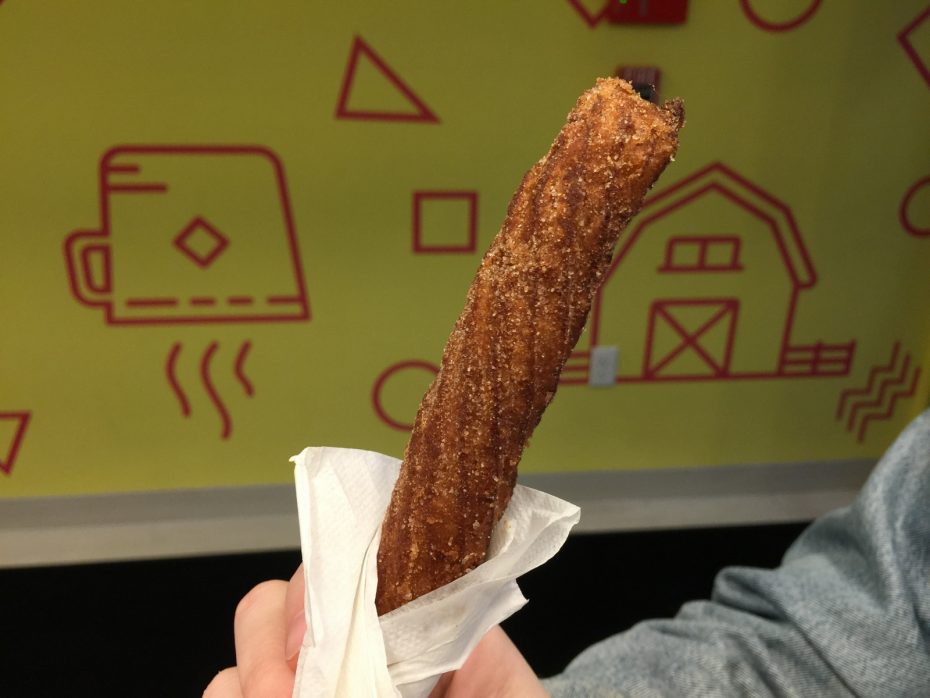 Churros with a custardy center at Churn. (Andrew Galarneau/Buffalo News)

The Mexican doughnut sticks, a feature on the original Lloyd truck, are the most obvious difference in the rebooted Churn experience. There's a doorway into Lloyd Taco Factory next door now, but the churros are the biggest change.

They're crunchy outside and soft, almost custardy, inside. Stick a couple into a sundae and the idea suddenly makes even more sense: edible utensils. 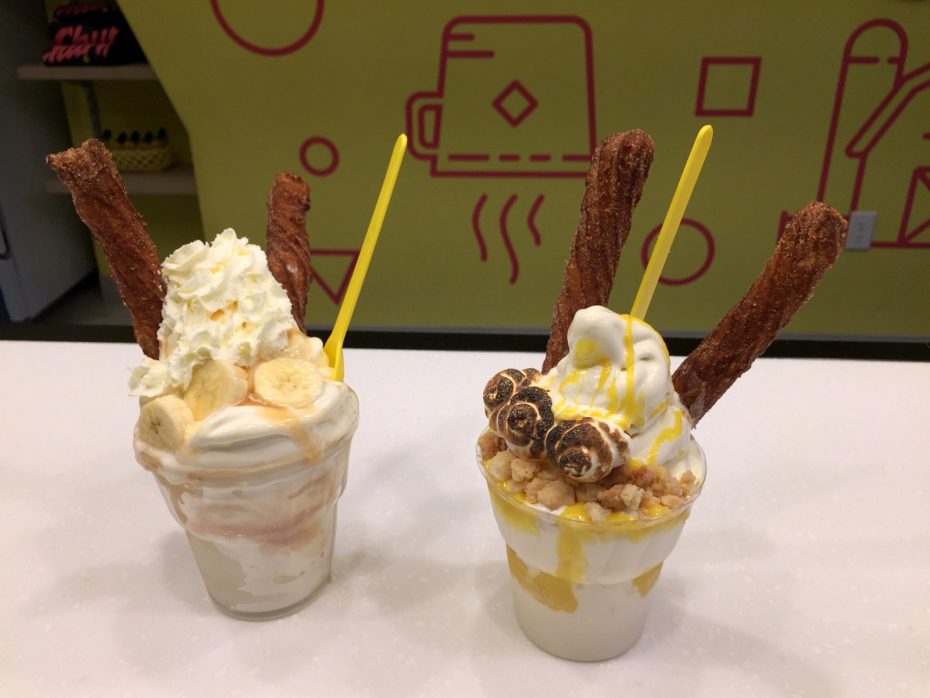 Bananas on the left, and lemon meringue on the right, get a pick-me-up from Mexican-style doughnut sticks. (Andrew Galarneau/Buffalo News) 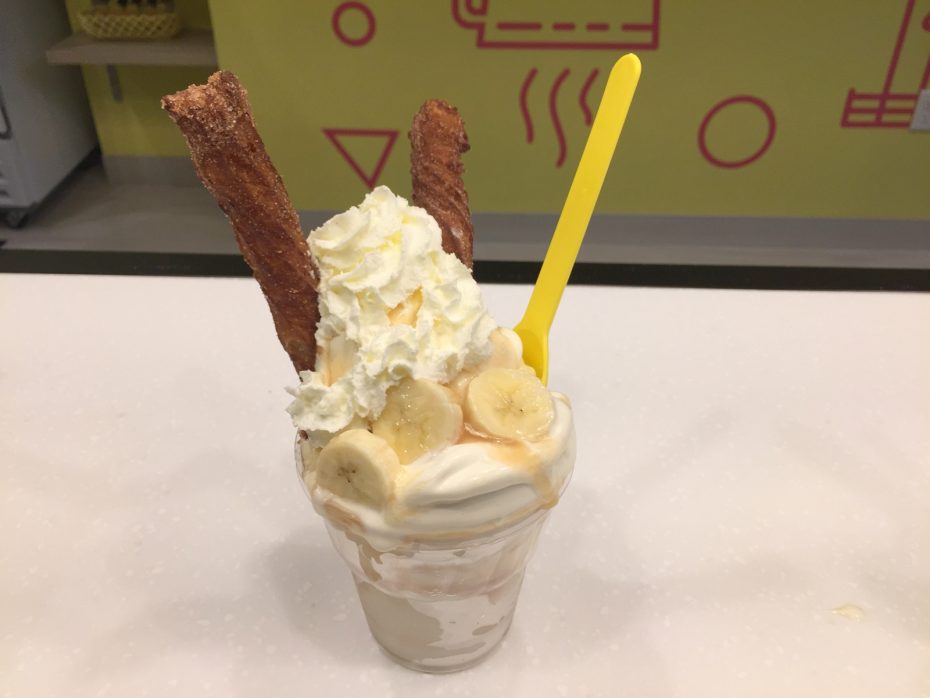 It was particularly apt with one of the Tipico-sourced coffee drinks, like the cappucino. 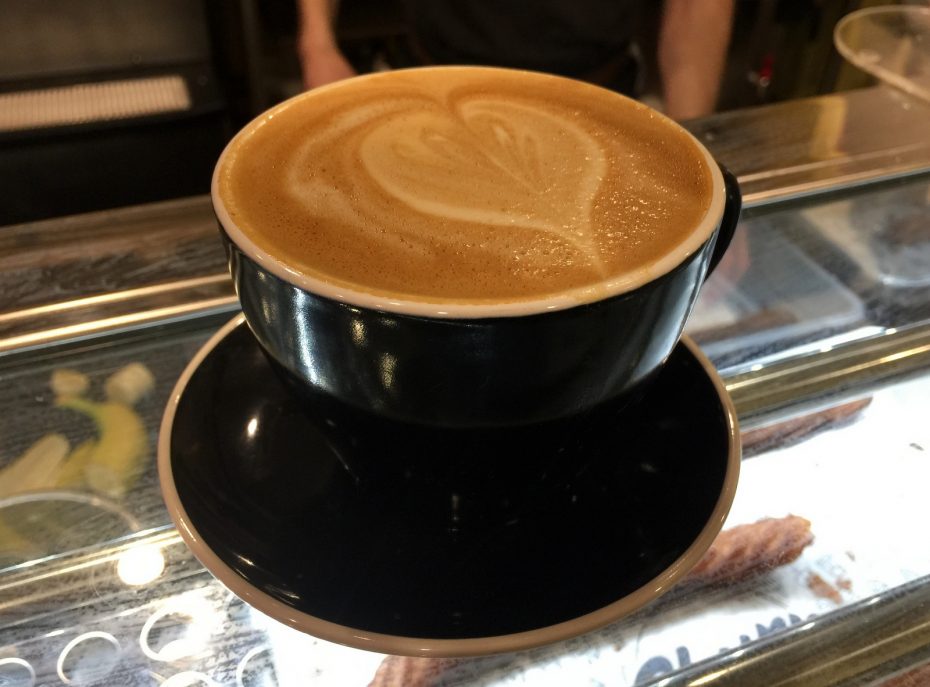 The Lemon Head got my nod. It gets boosts from bright lemon curd, shortbread crumbles and marshmallow rosettes torched for a burnt sugar note. 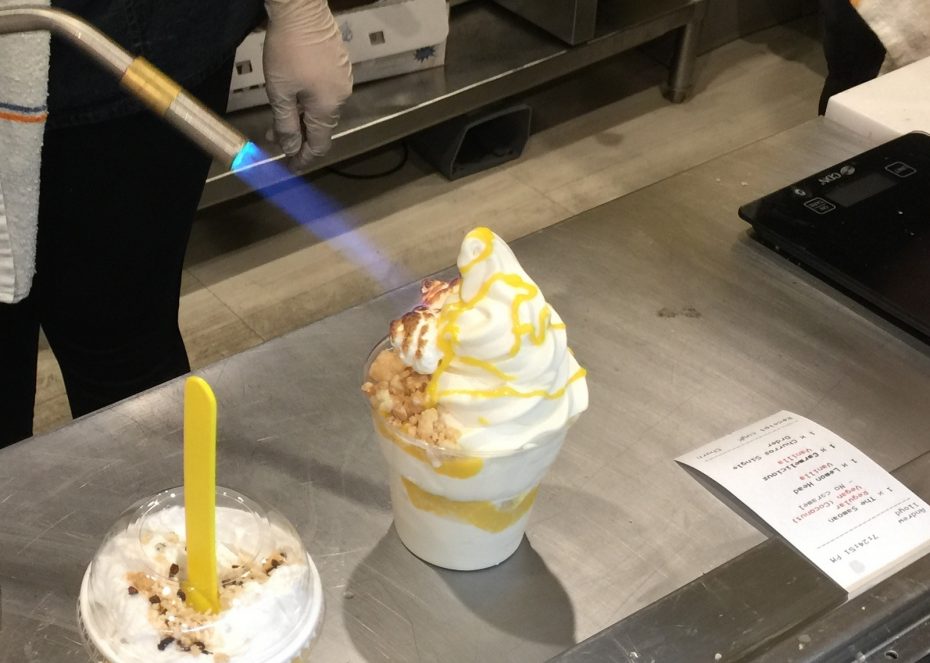 Vegans should know that the coconut-cream-based vegan ice cream is rich and velvety. If Churn didn't tell me it was made without cow assistance, I would not have known. 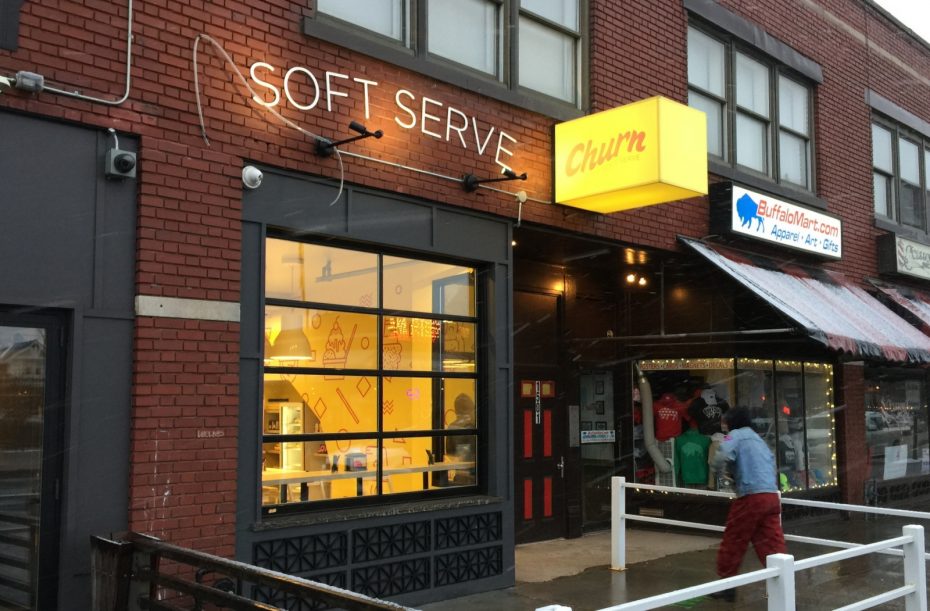 Even when it's snowing, the lights are on at Churn. (Andrew Galarneau/Buffalo News) 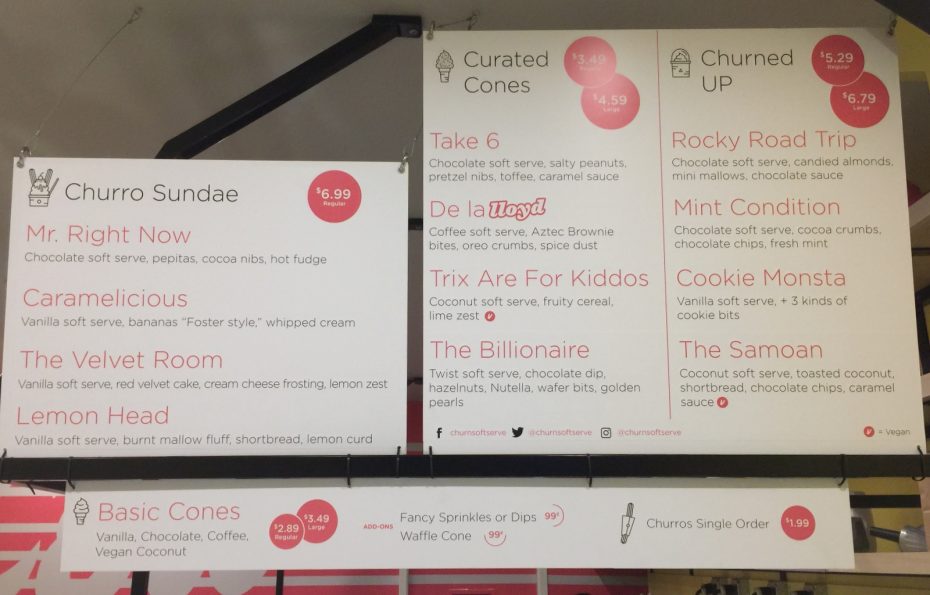