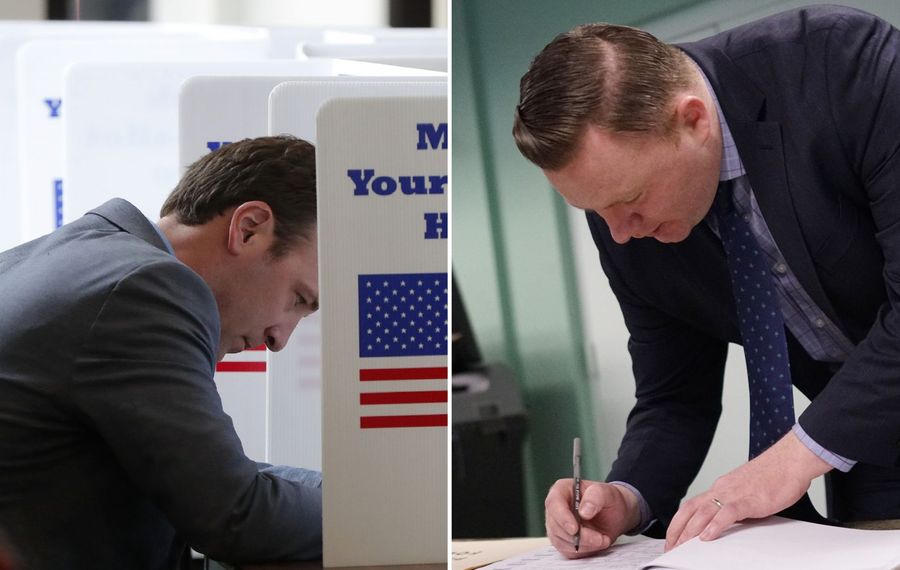 Polls are open until 9 p.m. Tuesday for a special election in the 142nd Assembly District, pitting Patrick B. Burke against Erik T. Bohen.

Burke, the endorsed Democrat, is also running on the Working Families and Reform lines. But Bohen is running an unusual campaign as a Democrat running with Republican, Conservative and Independence support. He promises to remain a Democrat and to caucus with Democrats in the Assembly.

Burke, a county legislator, claimed the Democratic line after party leaders granted their support earlier this year for the special election to replace Democrat Michael P. Kearns, the former assemblyman who was elected county clerk in November. In special elections such as Tuesday’s, party leaders select the candidate.

The winner of Tuesday’s contest may be required to defend his seat in the September Democratic primary and November general election.
Bohen, a Buffalo teacher, is attempting to duplicate the 2012 special contest in which Kearns won in the same scenario – beating the endorsed Democrat running on the GOP and Conservative lines.

Burke, Bohen square off in neighborhood donnybrook for Assembly