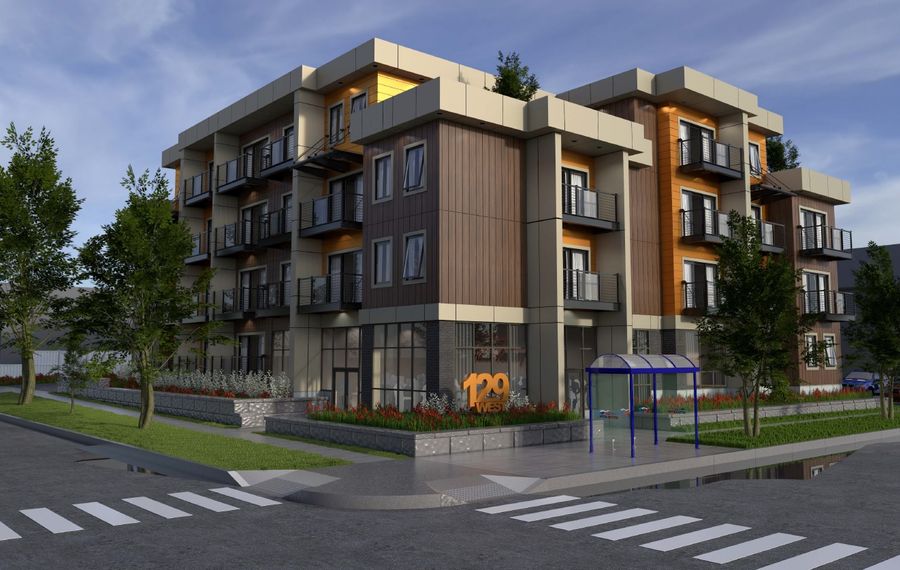 Plans for a new 39-unit microapartment building on the West Side got the regulatory go-ahead Monday, after a radical redesign by the architect aimed at soothing the concerns of a couple whose house will be surrounded by the new project.

The Buffalo Planning Board approved the proposal by Anthony LoRusso's APL Property Group to construct a four-story building at 129 West Ave., with 550-square-foot one-bedroom apartments designed for moderate-income tenants. The building, whose units will all have Murphy beds to conserve space, also will have a full basement and about 1,000 square feet of first-floor community space.

The project is not subsidized, but the units are designed to be small to keep the market-rate rents low and affordable. The proposed apartments are designed as "workforce housing" for employees on the Buffalo Niagara Medical Campus and other parts of nearby downtown Buffalo. The facility is also located just down the street from D'Youville College.

However, it will be directly adjacent to LoRusso's previous project, the three-story Allentown Apartments at Maryland Place, located at 295 Maryland, with 59 one- and two-bedroom units. The two buildings surround the single-family home of Eric and Shelley Kempisty, who objected to the planned balconies for each unit that would overlook their home and backyard. They also complained about parking and traffic.

Architect Akos Seres redesigned the building so most of the windows and balconies facing the home would be eliminated, with the exception of a pair of rooftop garden patios.

That was enough to satisfy the Planning Board. The project already received two variances from the Zoning Board of Appeals last week, for building height and a fence.

Site work will begin by May 15, said attorney Marc Romanowski.