When Barbara Langdon's son, Finnian, was 4 months old, she found a pea-sized lump on his back. She also noticed brown blotches called cafe au lait spots appearing on his skin.

The pediatrician said it was nothing to worry about, but her gut told her something different.

Her gut was right.

The lump and the lesions were both caused by neurofibromatosis, a genetic disorder that causes tumors to form on tissues in the nervous system. They can appear anywhere on the body from the skin and eyes to the kidneys, brain or spinal cord.

Thankfully, all of Finnian's tumors have been benign. When they get too big or uncomfortable, they're removed or "debulked." And though complications from neurofibromatosis can be extremely painful and cause hearing loss, learning impairment, cardiovascular problems and loss of vision; Finnian is doing well.

A seventh-grader at Clarence Middle School, he still has his share of tumors. One near his eye is affecting how his eye moves, and doctors are watching a lesion on his brain, but other than that, "He's a pretty normal 13-year-old," said Dr. Veetai Li, Finnian's pediatric neurosurgeon at Oishei Children's Hospital who has been caring for Finnian since the patient was a baby.

"He's not a big talker but you just feel this warmth about him," he said of Finnian.

Many doctors and specialists have cared for Finnian over the years. Now, thanks to a new neurofibromatosis clinic at Children's Hospital, a host of them are working together as a team to coordinate his care.

Comprehensive, multidisciplinary team care is a common approach in pediatrics, and a strategy that Dr. Li has already participated in for neuro-oncology patients. After Children's Hospital moved to its new Ellicott Street location in November, that neuro-oncology team added some members with special skill sets and created a clinic for the hospital's neurofibromatosis population.

The neurofibromatosis clinic has practitioners from a broad range of specialties, including neurosurgery, neurology, pediatrics, oncology, endocrinology, opthamology, orthopedics, dermatology, and genetics. There is also a team of psychologists, social workers and other professionals who see to patients' psycho-social needs, helping them engage at school, network with other patients and learn about nutrition and exercise.

"It's really about taking care of the whole patient, and the whole family to be honest with you, because the whole family goes on this journey with them," said Dr. Lorna Fitzpatrick, medical director of pediatric neuro-oncology, who sees Finnian and was instrumental in getting the clinic up and running.

There are cooking classes and exercise programs, not just to teach patients how to be healthy, but so they can spend time with other patients like themselves. With any illness, Fitzpatrick said, isolation can be the hardest part. 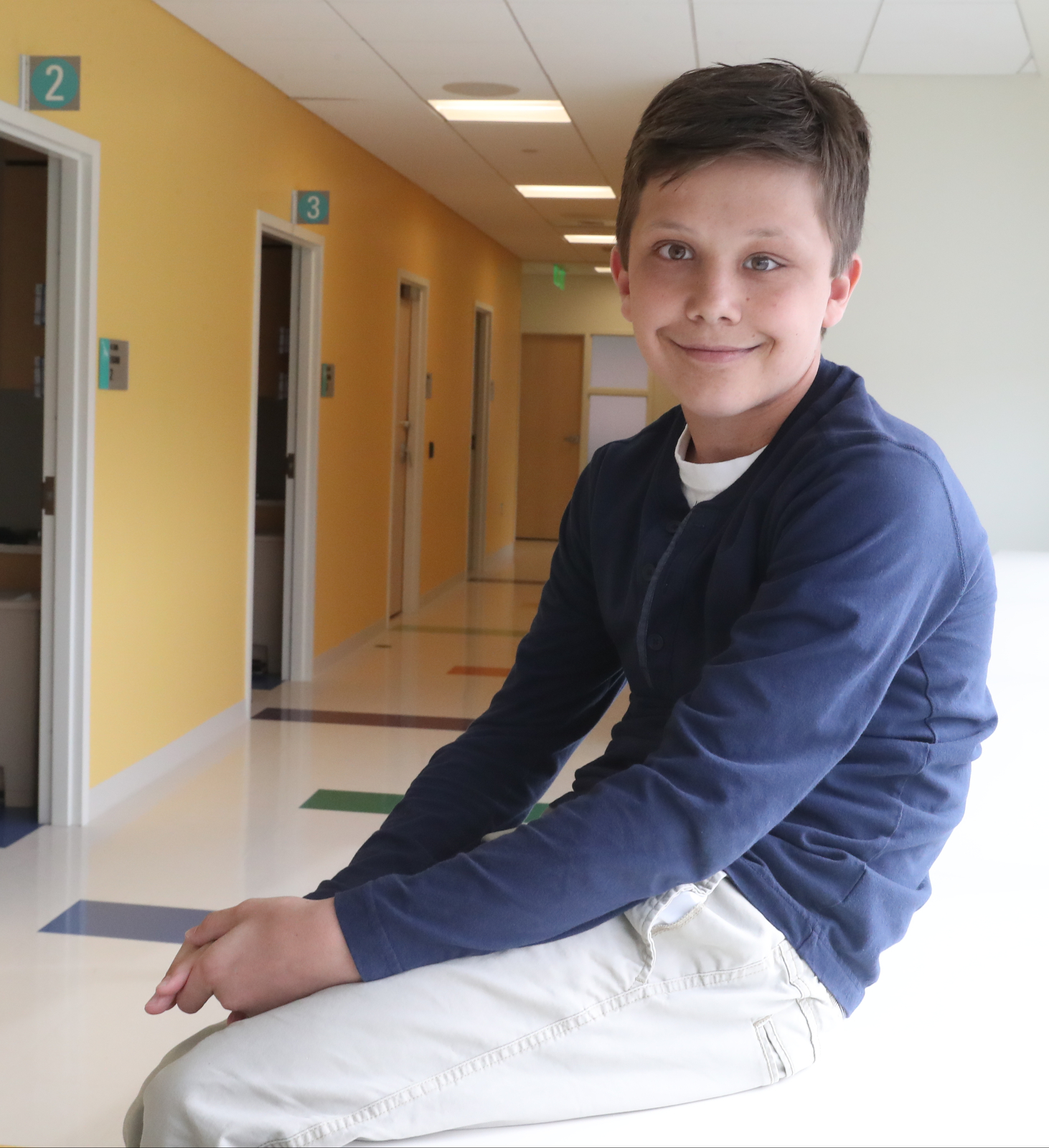 "I think it's important to network with families, too, so they know what is available and that other patients have the same diagnoses," she said. "It's kind of nice for the younger  families to see the older kids who are doing just fine a lot of the time."

The clinic takes place once a month, but team members meet informally more often to go over individual cases.

It's something that would've been a lot more difficult to accomplish at the former hospital campus on Bryant Street. Before the move, the current team members were scattered across different offices in different buildings. Now, they're just a floor or two away from one another, which eases communication. It also makes appointments easier on Finnian, who can schedule several in one location and complete them in one day.

"Everyone's in one place, it's a beautiful thing," Dr. Fitzpatrick said.

Barbara Langdon cried, prayed and worried when Finnian was initially diagnosed. He has also faced other battles, such as severe seizures and pyloric stenosis, a condition where a valve between the stomach and small intestine thickens, blocking food from passing on for digestion. But she vividly remembers waking up in the middle of the night when he was young and having a breakthrough.

"I realized I had to make a choice about whether I was going to worry or just wait and see," she said. "I didn't want to waste his life worrying and then have them cure it. I didn't want to ruin his childhood."

She also had four other children to raise, and didn't want Finnian's disorder to define who he is. Though it wasn't as easy as flipping an emotional switch, she learned to take each day as it comes.

"I'm a firm believer in our medical community. They're always working on new developments and new treatments," she said. "I feel like he's in really good hands."