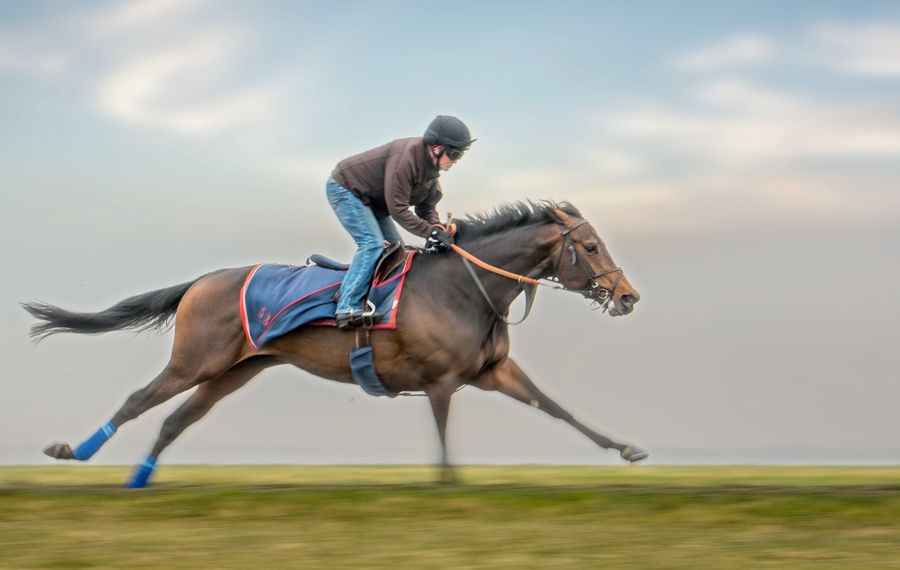 Gronkowski, the horse, will miss the Kentucky Derby, much to the chagrin of namesake and part-owner Rob Gronkowski.

"It’s unfortunate Gronkowski the horse will not be able to race in the upcoming Kentucky Derby due to an illness," he wrote on Twitter. "I fully support what is best for the horse. I know he will come back strong and healthy and I am excited to see him race again very soon."

The horse developed a slight infection over the weekend, according to Phoenix Thoroughbreds, owner of Gronkowski.

According to a news release, the colt “was immediately treated with antibiotics. While the sudden illness seems minor and the colt has been eating heartily and otherwise responding well to treatment, the condition will prevent his shipment to Louisville, Kentucky.”

“To have a Derby contender with our first group of 3-year-olds was a dream come true, and to have had New England Patriots star Rob Gronkowski join us on that journey made it even more exciting,” Ludt said in a statement. “But we must put the welfare of the horse first, and we will look forward to the colt recovering quickly and to his future races.”

No word on whether the horse's absence will lead the Gronkowski family to cancel its Derby plans.