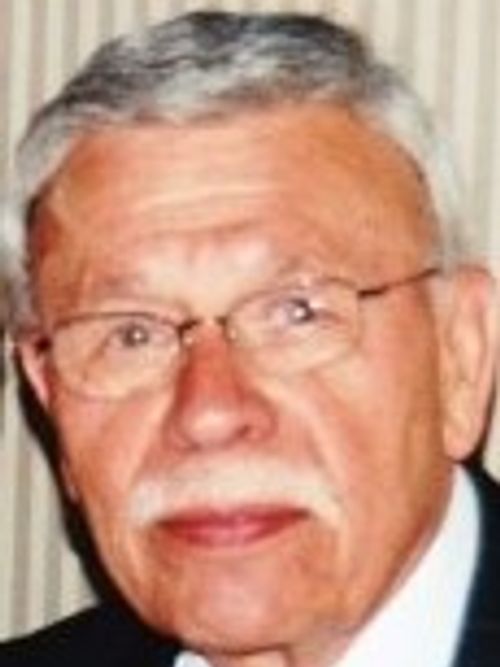 Born in Niagara Falls, he attended Stella Niagara in the Cadet Program. After graduating from Niagara Falls High School in 1944, he enlisted in the Navy and served as a radioman third class.

Aboard the USS Mount McKinley, he witnessed the first atomic bomb test in 1946 at the Bikini Atoll. Earlier this year, he recounted his experiences to Buffalo News reporter Lou Michel for a story which appeared the day after his death.

Returning from service, he attended Cornell University. After graduating with a bachelor's degree in agriculture in 1950, he joined his family’s milk business, F. Buzzelli and Sons, which was founded by his grandfather in 1912.

He opened a side business, Buzzelli’s Creamland Dairy at Niagara Falls Boulevard and Cayuga Drive, where he made his own ice cream, custard and lemon ice. Under different ownership and now named Dee Dee’s, it is still in operation.

“Everyone loved the lemon ice,” he told Michel. “There’s a metal cow on the roof and I put that there.”

A longtime member of Prince of Peace Catholic Church, he was parish president and Holy Name Society president.

An avid Buffalo Bills and Sabres fan, he was a 30-year Bills season ticket holder.