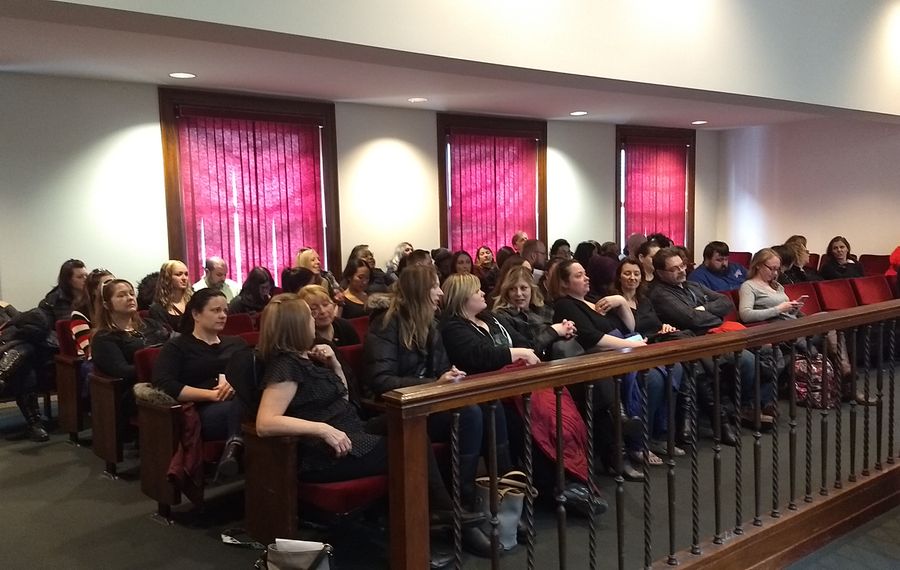 Memo to Erie County legislators: Child Protective Services workers are underpaid. These low-wage workers have high-stakes jobs. And yet they are paid miserably for extremely stressful and sometimes dangerous work.

So much so that when another job – any job – comes along that pays close to what they are making, they take it. Many CPS workers feel overworked, underpaid and underappreciated. It is a recipe for high turnover and trouble as children fall through the cracks.

That is why Erie County Executive Mark C. Poloncarz’s administration wanted to raise the starting annual pay for new, inexperienced caseworkers to $38,378 from the current $35,921, an increase of 6.8 percent.

Getting these entry-level workers on par, or even near par, with comparable counterparts in other counties will be expensive. Making more experienced workers whole will cost even more. Still, it is better than doing nothing and continuing the churn.

Legislators must be open to discussion on pay raises, as opposed to what happened the other day when the plan met with strong resistance and little in the way of efforts to solve a problem that puts young lives at risk.

Legislator Thomas Loughran, D-Amherst, seemed particularly aggravated. He wanted to know how a plan could be put together without reaching out to the people affected. Legislator Patrick Burke, D-Buffalo, doesn’t believe this proposal will fix the problem.

Minority Leader Joseph Lorigo, C-West Seneca, who has repeatedly met with the CPS employees and urged the county executive to listen to them, described the plan as being created by “three people in a room,” referring to three top social services commissioners who were the plan’s primary crafters. County legislators also questioned the lack of input from CPS workers or their union.

Not only did legislators object but a large group of employees wore black in Legislature chambers last Thursday to protest the wage proposal. In August, county employees showed up at Legislature meetings wearing red clothing. It was the month that marked the start of an aggressive campaign by CPS for more respect. And more pay.

The proposal by the administration would raise the entry-level salary for new and inexperienced caseworkers across several Social Services divisions with no additional pay for higher level CPS workers. It is a non-starter for the more experienced group. The administration wanted to start somewhere. Attracting new employees and providing greater workplace flexibility for management seemed a good first step.

CPS employees want raises for all CPS workers, including senior investigators and supervisors. Workers also oppose the administration’s idea to extend raises to non-CPS workers. They say that other caseworkers are not considered first responders or essential personnel.

From newly-minted to veterans with more responsibility, CPS workers deserve pay raises. The administration’s plan was a first step. It should have been met with a cooperative Legislature willing to work on a solution.