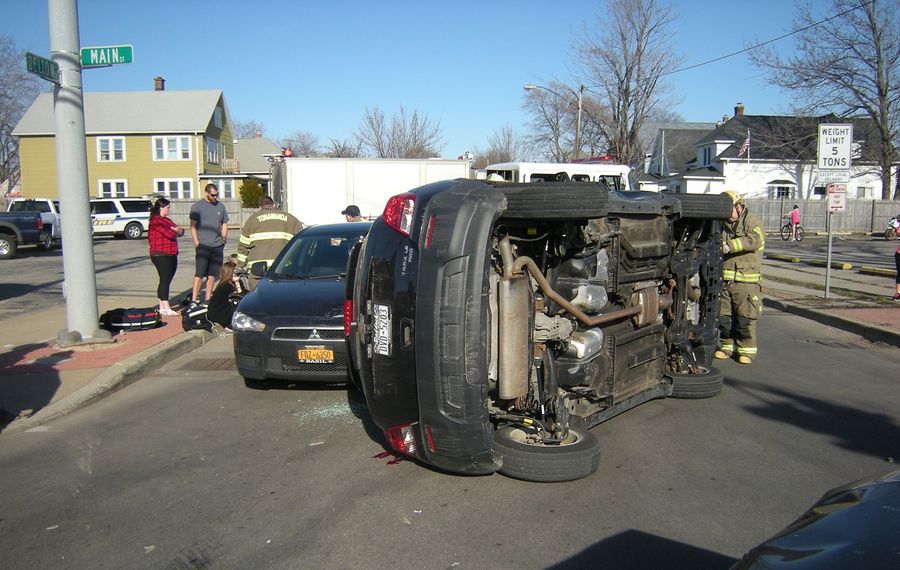 A City of Tonawanda woman was transported to the hospital late Monday afternoon after a collision at Main and Delton streets, according to police.

Rachel L. Stiller, 31, was driving south on Main Street shortly before 5:30 p.m. when she made a turn in front of a vehicle heading north on Main, police said.

Stiller's SUV flipped on its side and hit a vehicle stopped at the traffic light on Delton. She was taken to Kenmore Mercy Hospital with upper body pain. She was issued a traffic summons for failure to yield and unsafe tires.