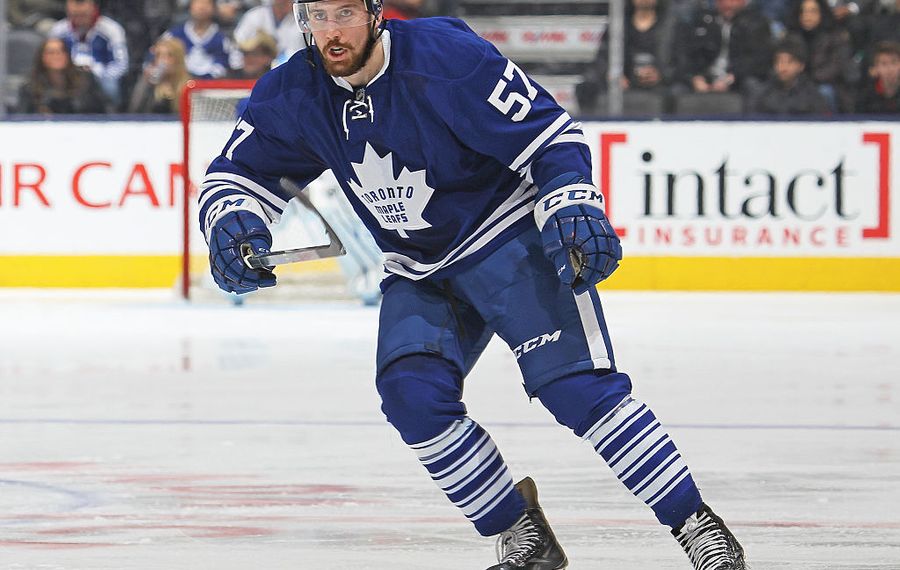 The first round of the Calder Cup playoffs is over for Rochester Americans defenseman Andrew MacWilliam. And unless the Amerks pull off a huge comeback in their series against the Syracuse Crunch, so is MacWilliam's season.

MacWilliam has been suspended for three games by the AHL for his actions Saturday night during the Crunch's 6-5 win over the Amerks in Game 2 at the Syracuse OnCenter War Memorial. That takes his suspension through a potential end of the best-of-5 series Saturday night in Syracuse.

MacWilliam was nailed under AHL Rule 28.1 for supplemental discipline that can be levied at the discretion of the league president for incidents on the ice, whether penalized by a referee or not. The league did not specify MacWilliam's offense but it's believed to be related to leaving a scrum after the end of the second period, heading to the tunnel and then returning to join the fray.

MacWilliam, who assisted on Nick Baptiste's goal that closed the scoring, was plus-1 in the game. The Amerks trail the series, 2-0, and will be trying to keep their season alive in Game 3 Wednesday night in Blue Cross Arena. If they win that one, Game 4 would be in Rochester on Friday night.

If Rochester is eliminated before the suspension can be served to completion, the remaining games would carry over to the next time MacWilliam is active on an AHL club roster.

MacWilliam, 28, had no goals, eight assists and 73 penalty minutes in 54 games for the Amerks this season. This is his fifth straight year in the AHL. The 6-foot-2, 230-pounder played for Albany last year and signed an AHL contract with Rochester last July.

Ullmark, Amerks have uphill climb as save percentage goes downhill