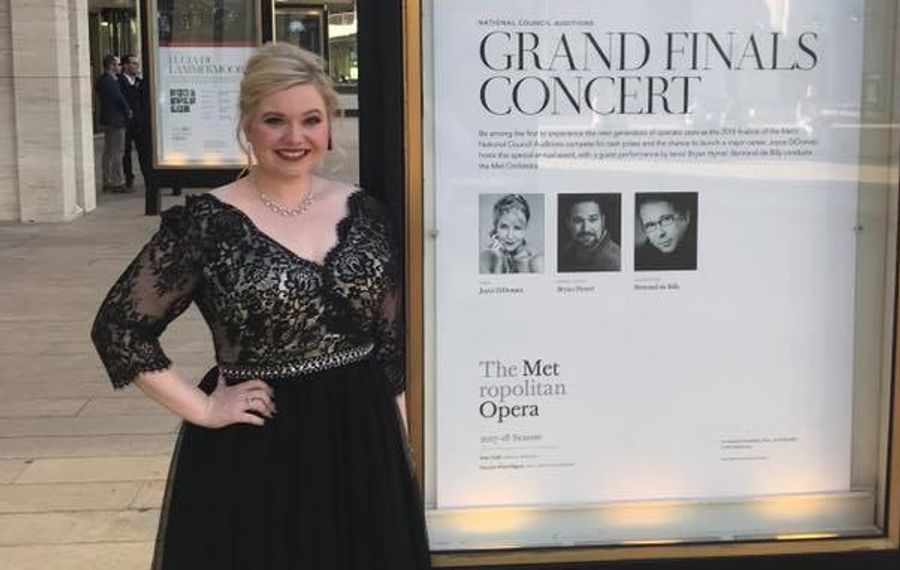 SUNY Fredonia is on a roll in the opera world.

Danielle Beckvermit, a Fredonia alumna, is one of nine singers that will be competing Sunday in the Metropolitan Opera's National Council Auditions Grand Finals Concert, held every year on the stage of the Met at Lincoln Center. Beckvermit, who is from what the Met considers the Eastern Region, advanced from the semifinals last Sunday.

Last year, Fredonia School of Music alumnus Kyle van Schoonhoven entered the National Council Auditions and soared right to the top. Van Schoonhoven, a tenor, was a winner at the Grand Finals.

Will Beckvermit be among the grand prize winners, as van Schoonhoven was last year? The world will find out Sunday.

Whatever happens, Beckvermit has a bright future. She will make her Carnegie Hall main stage debut in May as the soprano soloist in Mozart’s Requiem with the Cecilia Chorus of New York. Next, she is planning a move to Minneapolis, where she will be a resident artist with the Minnesota Opera.

The finalists performing at Lincoln Center at the Grand Finals will be accompanied by the Metropolitan Opera Orchestra. The host for the event is opera singer Joyce DiDonato.