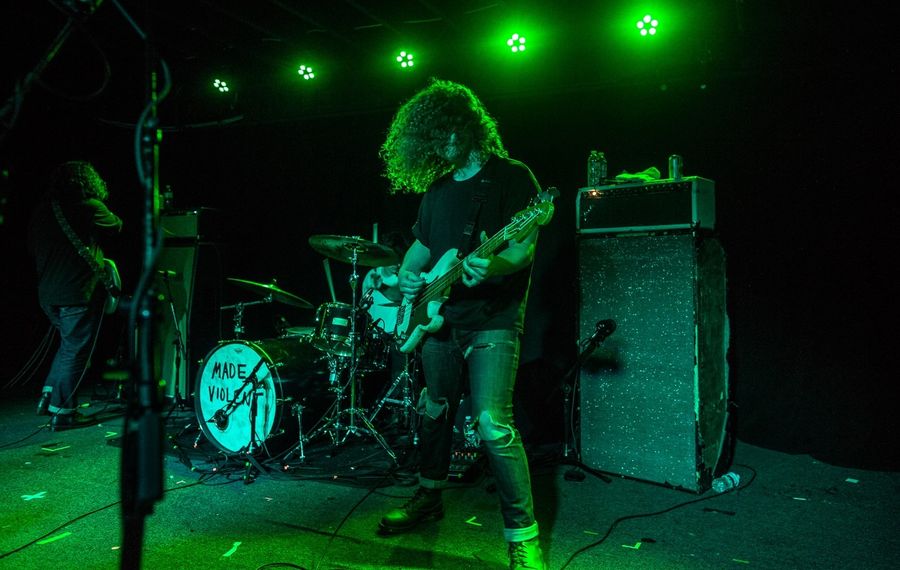 Featuring members of local acts Feverbox and Humble Braggers, plus a couple DJs from the Dance Yrslf Clean party crew, the tribute band has been building a solid following since popping up at the end of last year.

While no Strokes album is off limits, Different Strokes does seem to lean more on the band's earlier material from 2001 debut "Is This It" and its 2003 follow-up, "Room on Fire."

Joining the fun for the evening will be throwback emo act Cooler and Brit-pop infused indie rockers of Feverbox. Don't be surprised if either band keeps with the theme and pulls out a couple covers of their own too.

Local up-and-comers Witty Tarbox will be taking over the Allentown musical institution to celebrate the release of the group's debut EP "The Adventures of Schmitty Issue #1 v RARE."

The band, which comes off as a jammier version of Dr. Dog, teased the forthcoming EP earlier this month with a music video for the single "Pabst Blue Rhythm." Like an old arcade game that allows the user to pick a member of the group as an avatar, the clip features shots from Lockhouse Distillery and Canalside.

Also set to perform at the release show will be the always reliable boogie-rock outfit Handsome Jack and the groove-rock project Mosswalk. Arriving early will get you rewarded too, by the way. The first 25 people through the door will walk away with a copy of the EP.

With a brand new EP in tow, the Buffalo power trio of Made Violent will be returning to the local stage this weekend down at Mohawk Place.

The garage revivalists shared its much awaited new EP, the brazen and attitude-filled "Squeeze," earlier this spring and followed it up by hitting the road for a month-long tour with California acts Hunny and Talk in Tongues to break the new material in.

Made Violent's resurgent year kicked off with release of the recently filmed Audiotree Live session. The Chicago-based series has featured performances from acts like Pinegrove, the Rural Alberta Exchange, Turnover, Pile and many more. The band's clip, which features tracks from the "Squeeze" EP, can be streamed below.