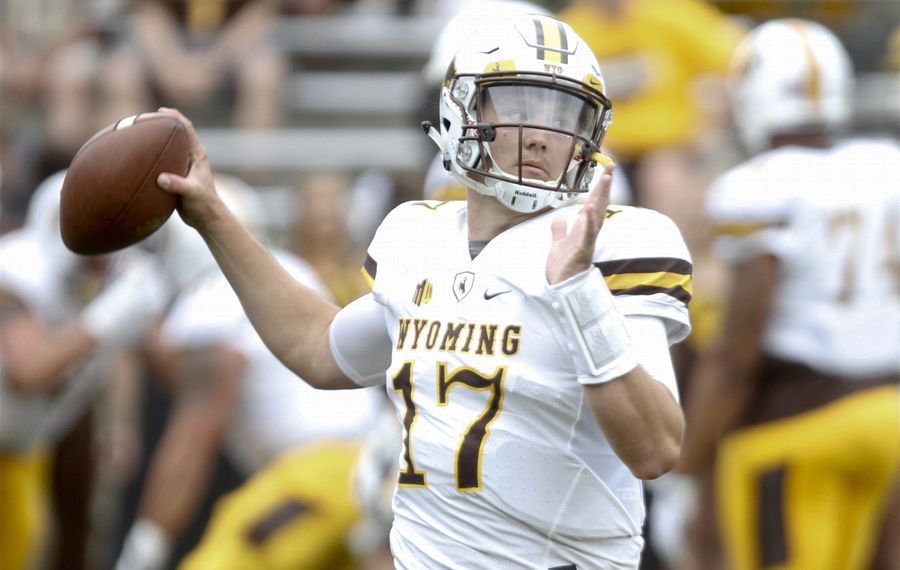 Peter King of the highly popular Monday Morning Quarterback warned readers not to put too much stock into the mock draft that he released Monday morning.

But given how well connected King is in league circles, it is worth noting that he has the Bills moving up to No. 6 in a trade with the Indianapolis Colts and selecting Wyoming quarterback Josh Allen. The trade, though, allows the Bills to keep No. 22 in the first round.

Here is King on Allen landing with the Bills:

While we’re hung up on finding a landing spot for all the quarterbacks, I’d remind you of four things at this pick: A) I don’t know if Buffalo loves Allen; B) but I hear they love his ability to throw it through the lake effect winds and snow; C) Allen is a garrulous, genial version of Jim Kelly, a rifle-armed work in progress the fans in Western New York will love; and D) I think this trade fits both teams because I’m not sure the Colts would demand both Bills’ first-round picks in return. In fact, because of the strength of the second round, I could see Colts GM Chris Ballard valuing the 53rd and 56th picks collectively higher than the 22nd pick in this draft. So, 12, 53, 56 and, say, 96 for six? Could be equitable. It would leave the Bills with their second of two first-rounders.

With the No. 22 pick, King has the Bills selecting Iowa guard/center James Daniels, who has become a popular pick in mocks for the Bills. GM Brandon Beane has said the retirements of Eric Wood and Richie Incognito have not impacted the Bills' plans.

Here is King on Daniels:

Need pick. Smart of the Bills to insist in their dealings and offers to various teams that they’d have to keep this pick to buttress a part of their team buffeted by a wild offseason. Gone: center Eric Wood and guard Richie Incognito (retired) and tackle Cordy Glenn (traded). If you’d told anyone in the Bills front office that they’d exit day one of the draft with a quarterback of the future and the second-best interior lineman in the draft with lots of experience playing pro-style football, they’d have been very happy.